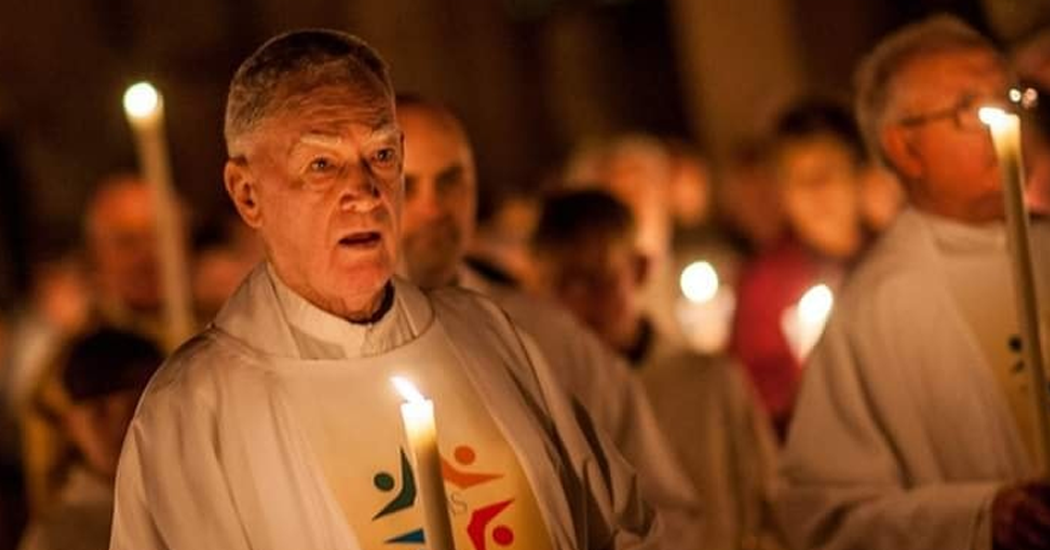 Deep sadness at passing of popular priest with Donegal roots

There is a deep sadness in the Derry Diocese following the passing of long-serving priest, Fr Paddy McIntrye.

Fr McIntrye, whose parents hail from Inishowen, died at the age of 86. He served 60 years in the priesthood, with 30 of those years dedicated to the missions abroad.

While he was born and bred in Derry, Fr Paddy’s roots lie in Donegal. His mother Anne (née Doherty) was from
Buncrana and his father Charlie’s parents were both born on Inch Island.

Fr McIntyre lived a remarkable life of faith and remained active in his home parish following his retirement eight years ago.

St Eugene’s Cathedral shared the sad news of his passing on Sunday and wrote: “It is with deep sadness and a profound sense of loss that we announce the death of Fr Patrick McIntyre.

“Fr Paddy has been celebrating Mass in St Eugene’s Cathedral, in the parish where he grew up over the past number of years, after giving 30 years of his priesthood to the Missions.

“Ordained in St Mary’s Cathedral, Kilkenny, on June 5, 1960 he went on to minister in the Salford Diocese, in Greater Manchester, in July 1960. He was appointed to St Mary’s Heaton Norris Parish and then moved from there to Patricroft, to the Holy Cross Parish. He was there 16 years, from September 14, 1968, until September 1984, during which time he became the parish priest.

“Fr Paddy’s priestly journey took a different path in 1984 when he volunteered to go to South America and was there for 30 years through the St James Society. While in South America he did fantastic work building schools, colleges and nurseries.

“Fr Paddy, retired in October 2013 and returned to Derry to celebrate Mas in St Eugene’s Cathedral. He will be remembered with respect and admiration for his integrity, his passion about mission and his courtesy.”