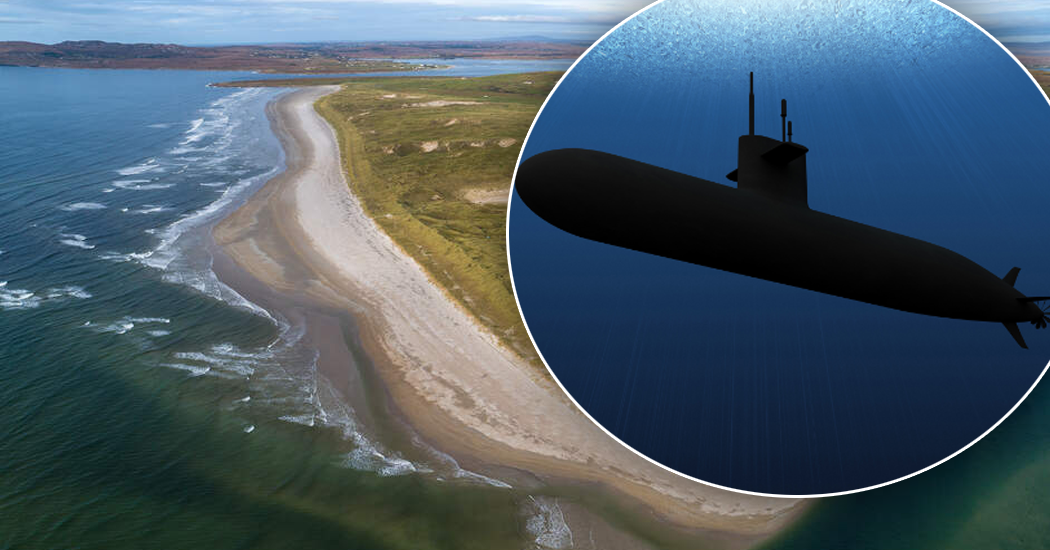 Questions are being raised about a possible sighting of a submarine off the coast of west Donegal last weekend.

A large black vessel was spotted by two local surfers off Dooey Beach in Lettermacaward at 3.30pm on Saturday afternoon.

The surfers couldn’t believe their eyes when they saw the topside and sail emerged from the water.

One of the men told Donegal Daily: “We are nearly sure it was a submarine because it was black. The part that was up out of the water had no railings on it.”

The vessel stayed in sight for almost half an hour before disappearing again.

The origins of the vessel, and the reason for surfacing, are not known.

NATO currently do not have any exercises running in the area.

Did you see anything? Let us know: info@donegaldaily.com