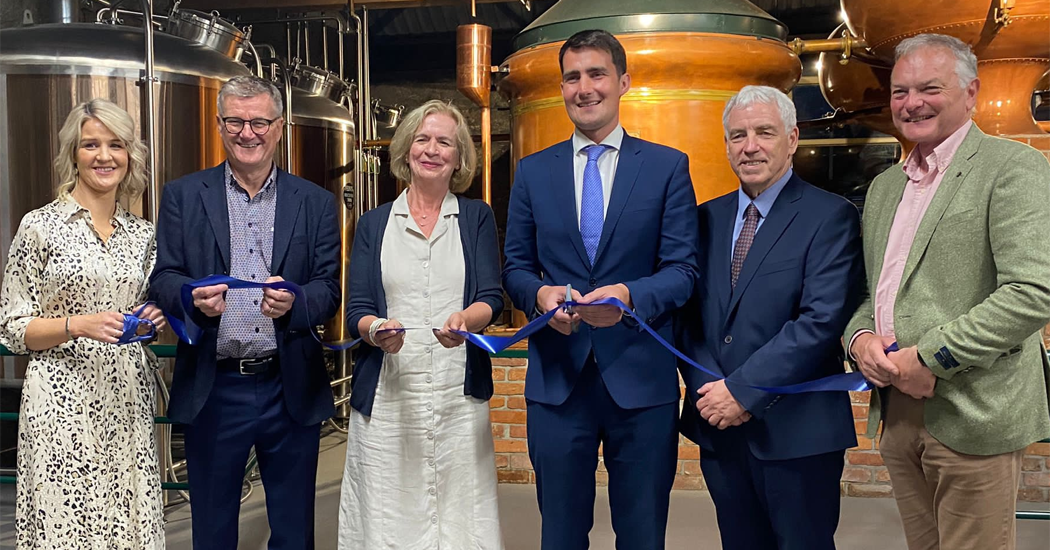 Junior Gaeltacht Minister Jack Chambers TD has announced an increase in funding for Dungloe as a Gaeltacht Service Town.

An Clochán Liath will be awarded total funding of up to €700,000 over the lifetime of its seven-year language plan, which will be launched today.

Three towns across Ireland will benefit from the increased funding which goes up from €80,000 to €100,000 per year – An Clochán Liath, Daingean Uí Chúis and Béal an Mhuirthead.

The Minister of State will launch the Language Plan for An Clochán Liath this evening in Ionad Teampall Chróine.

Prior to that, the Minister of State will speak this afternoon at the closing session of the Assembly of European Regions conference, which is being hosted by Donegal County Council and Údarás na Gaeltachta this week.

Last night, the Minister of State officially opened Croithlí Distillery, in which Údarás na Gaeltachta and a group of entrepreneurs have made a significant investment over the past few years and which is now a tourist facility as well as a production centre.

During his visit to County Donegal today, Minister of State Chambers is getting an insight into Ulster-Scots culture and heritage in the east of the county by visiting the Monreagh Heritage Centre, Carrigans and the Ulster-Scots Agency offices, Raphoe.

Speaking about the visit, Minister of State Chambers said: “It’s great to have the opportunity to learn more about the work undertaken by Ulster-Scots Agency’s staff among the community in east Donegal to promote Ulster-Scots culture, heritage and language.”

“As Minister of State with responsibility for the North-South Language Body, including the Ulster-Scots Agency and Foras na Gaeilge, I see new opportunities to foster awareness of Ulster-Scots throughout the island as part of the Government’s Shared Island initiative.”

“It is important that we continue to support the Ulster-Scots community in this area and throughout the province.”