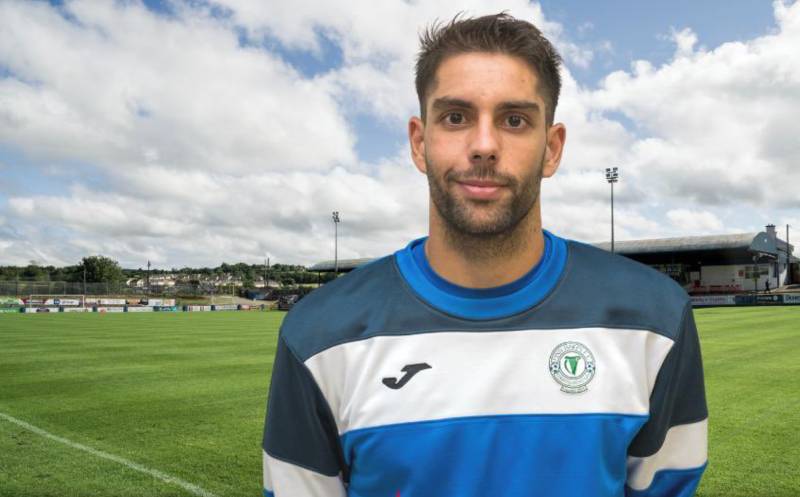 Siaj, a forward, goes straight onto the bench for tonights game against St. Patrick’s Athletic in Richmond Park.

The 26 year old last played with Al Ansar in the Lebanese Premier League.

Born in Spain, Siaj played for the Real Madrid and Getafe academies before playing in America with Charlotte Independence in 2017, a year before Glenties man Jim McGuinness took over as head coach.

The 26-year-old last played with Al Ansar in the Lebanese Premier League.

Siaj told Finn Harps media: “I’m excited to be here. I’d like to thank Ollie, Gavin and the club for the opportunity. We have a tough road ahead but the team is ready to fight to stay in the division. Everyone has made me feel very welcome since I arrived and we have some great quality in our team. I’m ready to play my part in the battle. ”

The Finn Harps starting XI for the match against St. Pat’s is as follows: