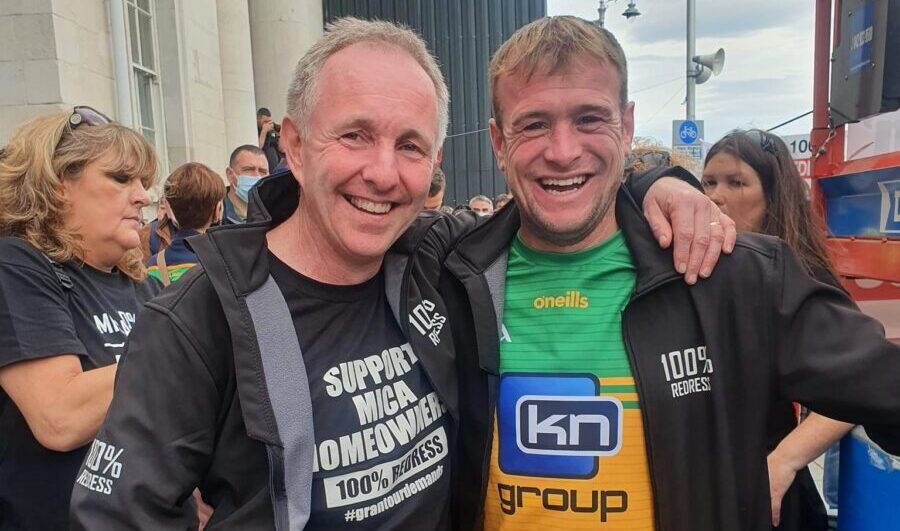 The Mica Action Group in Donegal has issued a rallying call for homeowners to represent their cause at an upcoming protest in Dublin.

Thousands are expected to take to the streets of the capital for a Cost of Living protest on Saturday Sept 24th.

Michael Doherty, PRO of the Mica Action Group, said no one deserves to be there more than the Mica community.

“People are saying enough is enough. Imagine how it feels to be a Mica or Pyrite homeowner on top of that facing tens of thousands of euros on top of the cost of living. Well, that is us,” Doherty said in a social media update.

“If there is anybody that needs to be down in Dublin on the 24th September it’s us, the Mica and Pyrite affected homeowners in all affected counties.”

The protest is being organised by the Cost of Living Coalition with the aim of being a people power demonstration to the government ahead of Budget 2023.

“Do not leave it to others, stand up, step forward, be counted, be in Dublin,” he said.

“We deserve to be there more than anybody the way this government has treated us.”