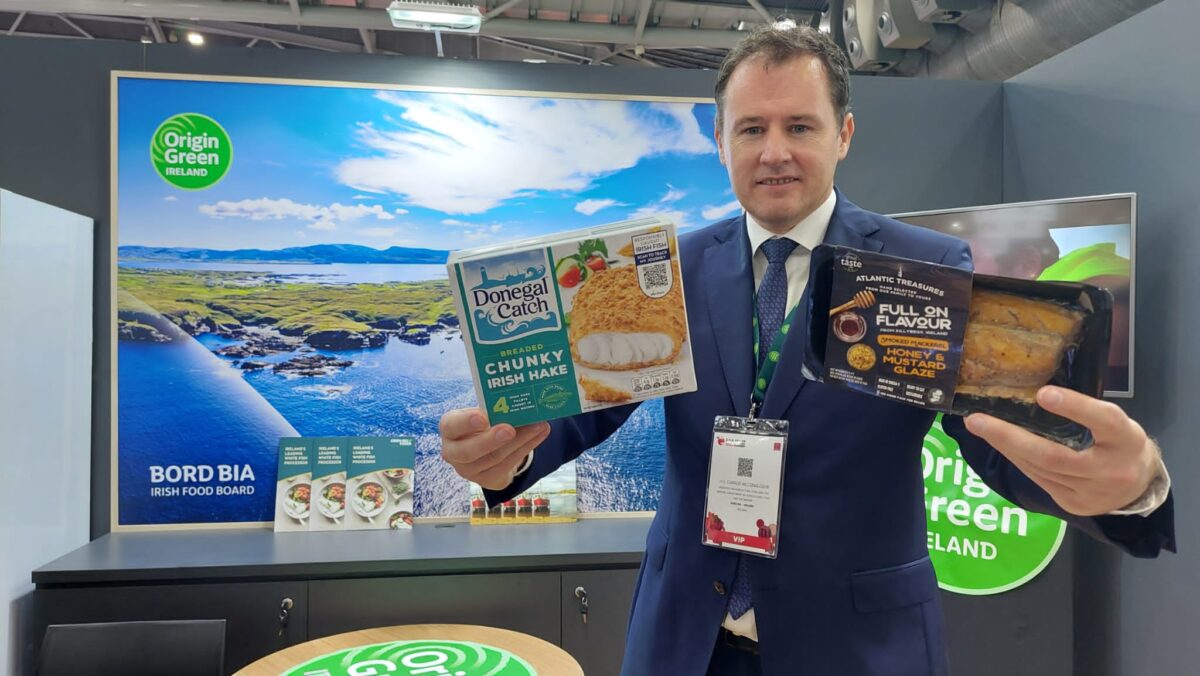 Some of Donegal’s best seafood produce is on show at a major food event in Singapore this week.

Minister for Agriculture, Food and the Marine and Donegal T.D., Charlie McConalogue, today attended the Food Hotel Asia conference in Singapore as part of his trade mission to Japan and Singapore.

While there, he visited the Bord Bia stand showcasing food and drink from seven Irish exporters.

Commenting, the Minister said “It was a great opportunity to visit Food Hotel Asia in Singapore. Bord Bia is hosting some great seafood companies on its Origin Green stand including Donegal Catch and Atlantic Treasures.  I am very proud to see these seafood food companies in such demand.”

Food Hotel Asia is the leading food and beverage show in South East Asia, attracting trade buyers from across the Asia-Pacific region including Malaysia, Japan and Australia.  In 2018, over 55,000 trade visitors from 110 countries attended the show.

The Ireland pavilion was officially opened by Minister McConalogue today, with a meet and greet of Irish exporters.

This influential trade show forms an integral part of the Government-led trade mission to Japan, Singapore, and Vietnam. Throughout the day, Minister McConalogue and Bord Bia will engage in a series of high level meetings with potential and existing customers to highlight Ireland’s capability as a leading global supplier of sustainable food.

The opening day of the show will also feature a special seminar on Sustainability and the Asian Consumer hosted by Bord Bia with speakers to include Minister McConalogue and Bord Bia interim CEO, Michael Murphy.

The Government-led trade mission has also seen the launch of Irish beef and lamb will appear on supermarket shelves in Singapore for the first time. 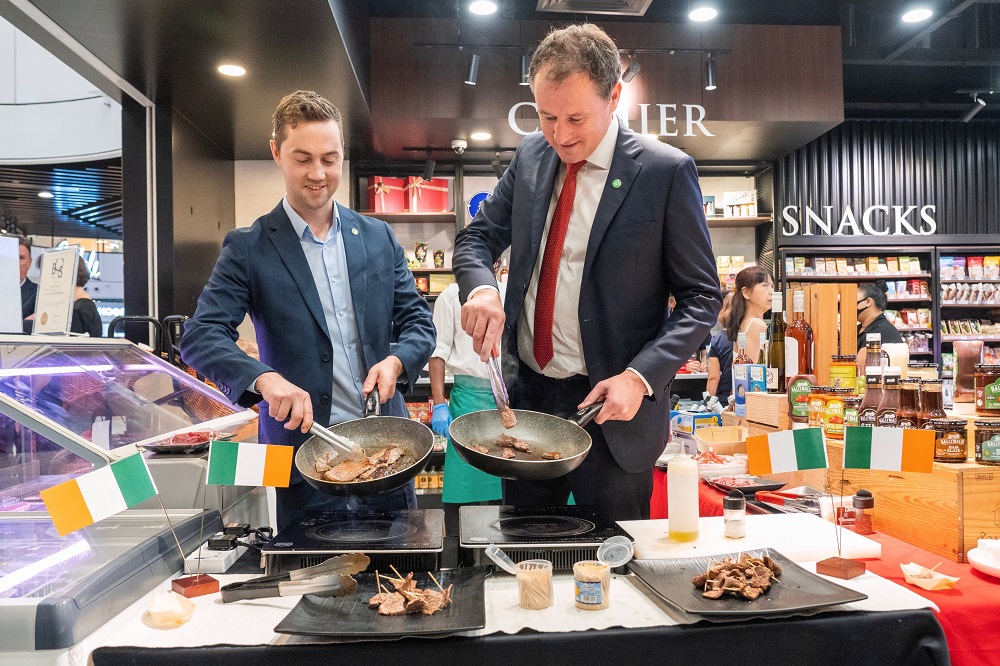 Boutique food retailer and butchery, Ryan’s Grocery, will initially stock Irish beef and lamb at their two locations in Singapore. This is the first phase of a two-phase rollout through their distribution arm, Alternative Selection, which will create a direct supply route for Irish beef and lamb to Singapore’s top restaurants.

Speaking at the launch during the Singapore leg of the trade mission, Minister for Agriculture, Food and the Marine Charlie McConalogue T.D said: “I’m pleased to announce this listing with Ryan’s Grocery as Irish beef and lamb continues to find new routes to market around the world. It’s a testament to Irish farmers that the discerning team at Ryan’s Grocery has chosen Irish beef and lamb to add to their premium portfolio of certified supplier farms. I also acknowledge the great work of Bord Bia in establishing and maintaining valuable commercial relationships with key stakeholders in the region. It is also wonderful to see that quality Irish organic foods are finding new and exciting markets.”