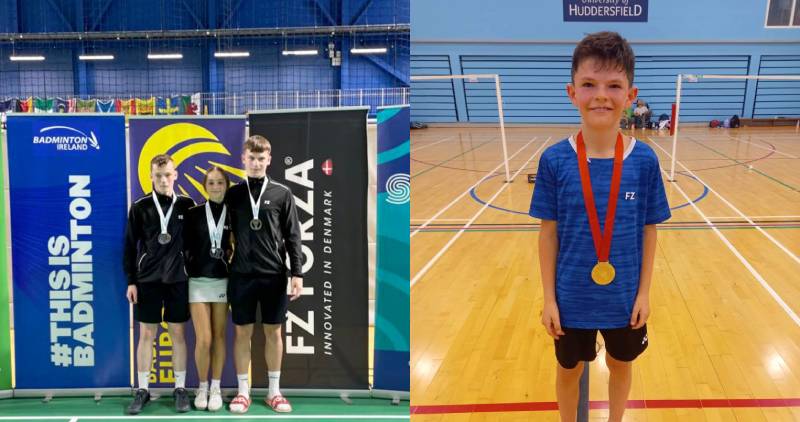 Corey Chambers won gold at the badminton English Gold tournament at the weekend.

The Raphoe Badminton Club member won the Under-13 Boys Singles tournament in Huddersfield.

Meanwhile, at the Irish Under-15 International in Dublin, Rhys and Zach McAuley also started their season strong by winning Gold in the boys doubles this weekend. the pair beat Rong and Hassett in straight sets in the final.

Rhys also made the final of the mixed doubles but him and his Scottish partner Abigail Barrie were defeated in the final by Hassett and Joy.

Kimberly Pearson also medalled twice as she won silver in the Ladies singles and silver in the ladies doubles alongside partner Amber Buchanan.