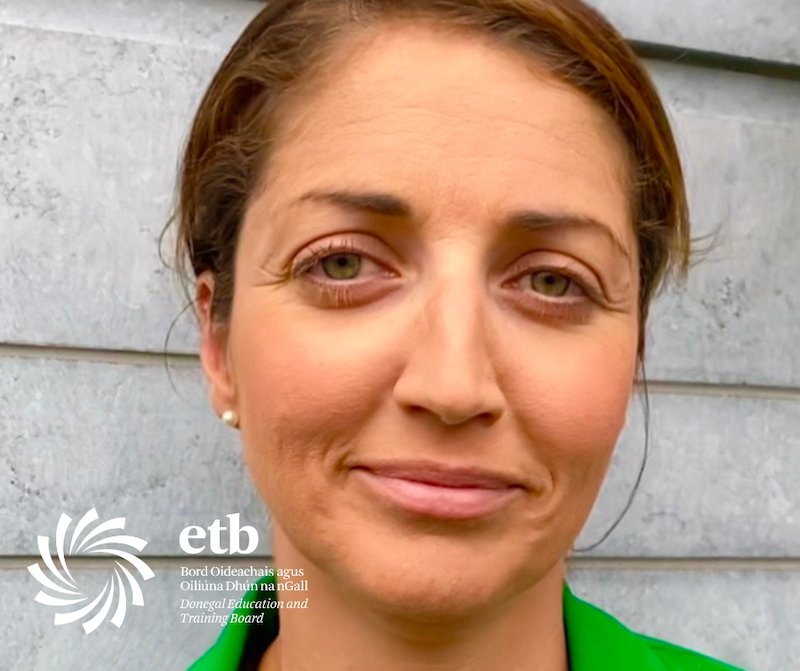 She replaces Páraicín Ní Fhaoláin who recently retired after thirty-six years of service within the school, fourteen of these as Deputy Principal.

Prior to taking up her post as Aoife worked as a Physical Education and Maths Teacher in Gairmscoil Chú Uladh since graduating from University of Limerick in 2001.

As well as having an active role in NCCA and PDST Physical Education, Aoife holds a Master’s degree in Health Promoting Schools and a postgraduate qualification in School Leadership from Ulster University.

Gairmscoil Chú Uladh in Béal an Átha Móir is an Irish speaking school managed by Donegal ETB. Ciarán Mac Ruaidhrí is the school principal and the school is situated in the heart of the Donegal Gaeltacht Láir. It has a school population of about two hundred students, with in excess of twenty staff members.

In congratulating Aoife on her appointment, Donegal ETB’s Director of Schools Dr Martin Gormley stated; “I extend a very warm welcome to Aoife as she joins the school senior leadership and management team. I congratulate Aoife on her appointment and wish her every success in her new role. I also pay tribute to her predecessor, Páraicín Ní Fhaoláin on all the professionalism she demonstrated throughout her term as Deputy Principal. Guím sonas agus sláinte uirthi sa tréimhse nua seo ina saoil.’’

Chief Executive Anne McHugh said, “I very much welcome the appointment of Aoife to Gairmscoil Chú Uladh. Our Deputy Principals play a pivotal role within our schools as part of the senior management team and their contribution is central to our mission of offering education and training opportunities that help students to achieve their full potential and to contribute to the social, cultural and economic life of their communities.”

Aoife took up her appointment at the start of the new academic year.