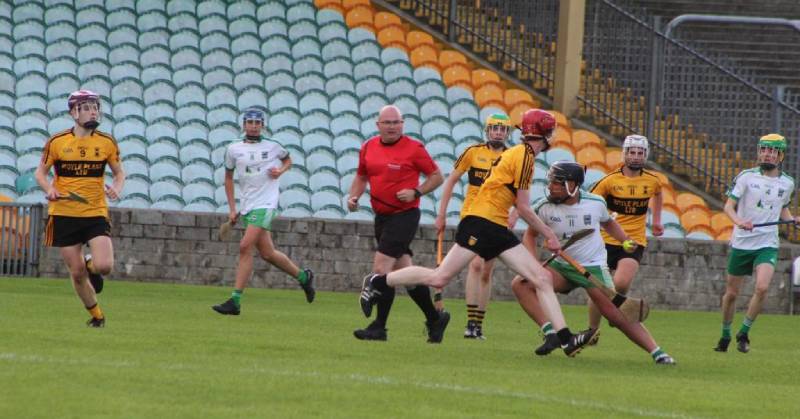 It was the Letterkenny men who came out on top as St. Eunan’s and Sean Mac Cumhaills contested the quarter final of the minor A hurling championship on Sunday evening.

These two teams have met a number of times over the last number of seasons with Mac Cumhaills narrowly edging each encounter. 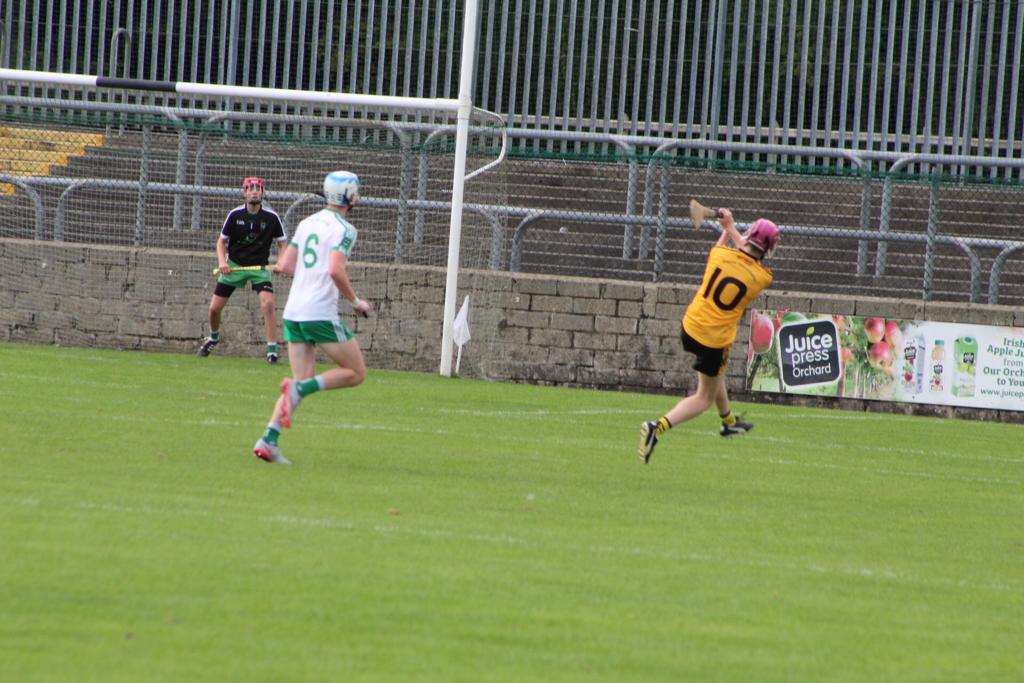 The first few minutes were tense with St. Eunan’s creating chances but failing to convert. The first score of the game came from a long range strike off the stick of the commanding St. Eunan’s centre back Donal Farrelly. Brendan Gaffey was next on the scoreboard with a fine score from play. Mac Cumhaills skilful stick man Dan Donnelly kept the Ballybofey men in touch with two fine scores from play and one from a placed ball. 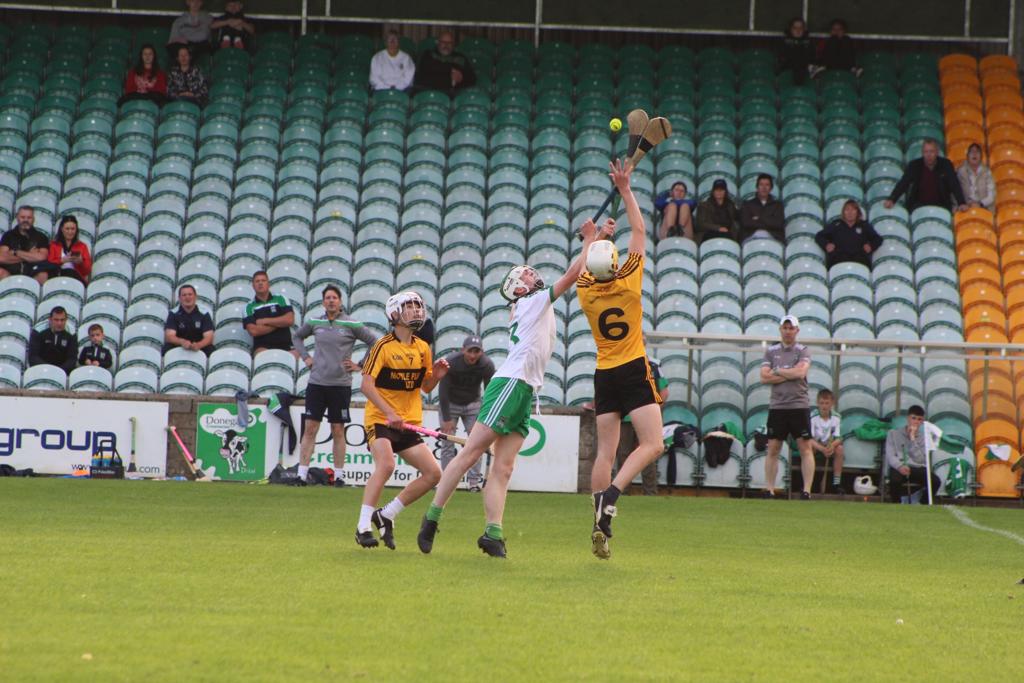 The visitors dominated much of the first half possession, converting many of their scoring chances. After 20 minutes Matthew Callaghan netted the first goal, taking a superb ball from Neil ÓBaoighill at full pace and striking to the net. 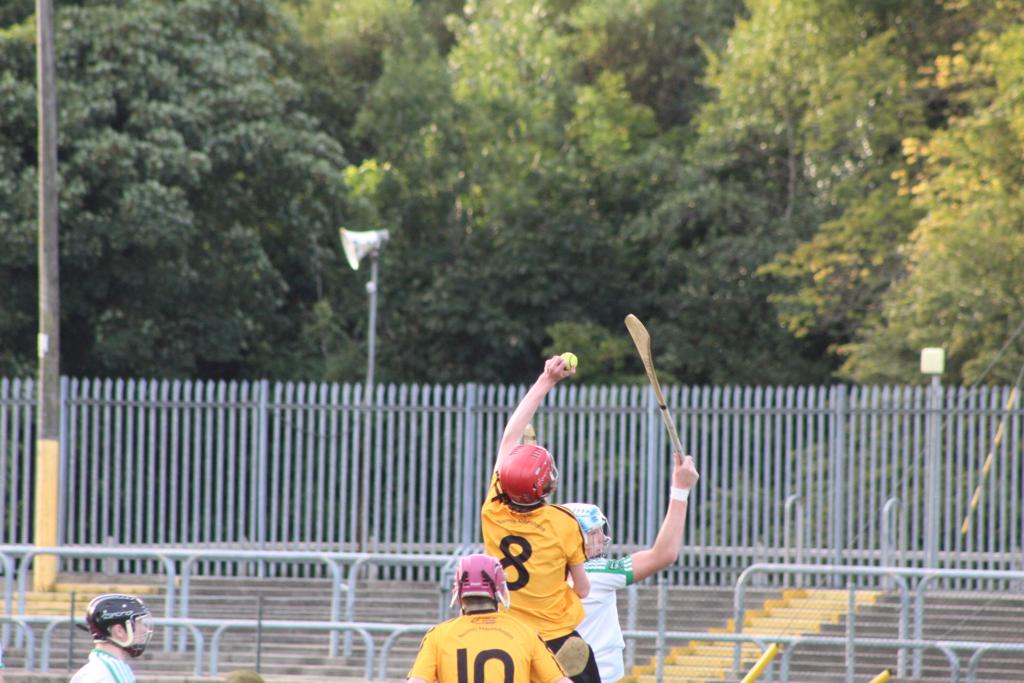 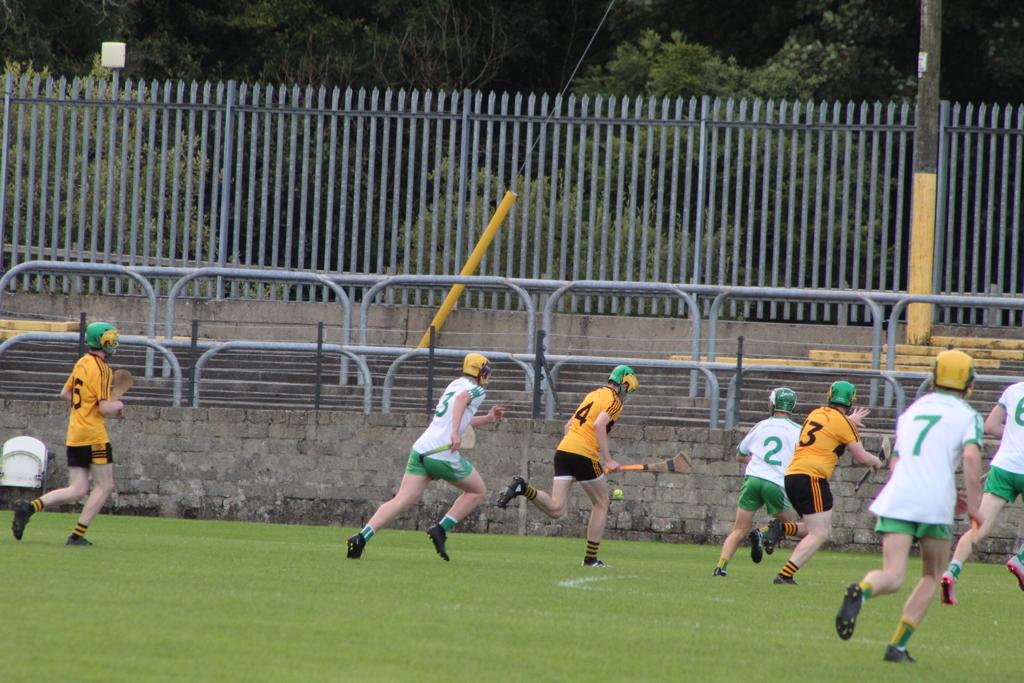 Matthew Callaghan bears down on goal

For Mac Cumhaills, Donnelly continued as a real threat when in possession and was very accurate converting frees from the fouls conceded by St. Eunan’s. On 42 minutes the visitors struck a major blow from an excellent move where Ryan Brown found Matthew Callaghan, who then passed a perfect ball to ÓBaoighill who bounced it past the Mac Cumhaills goalkeeper. 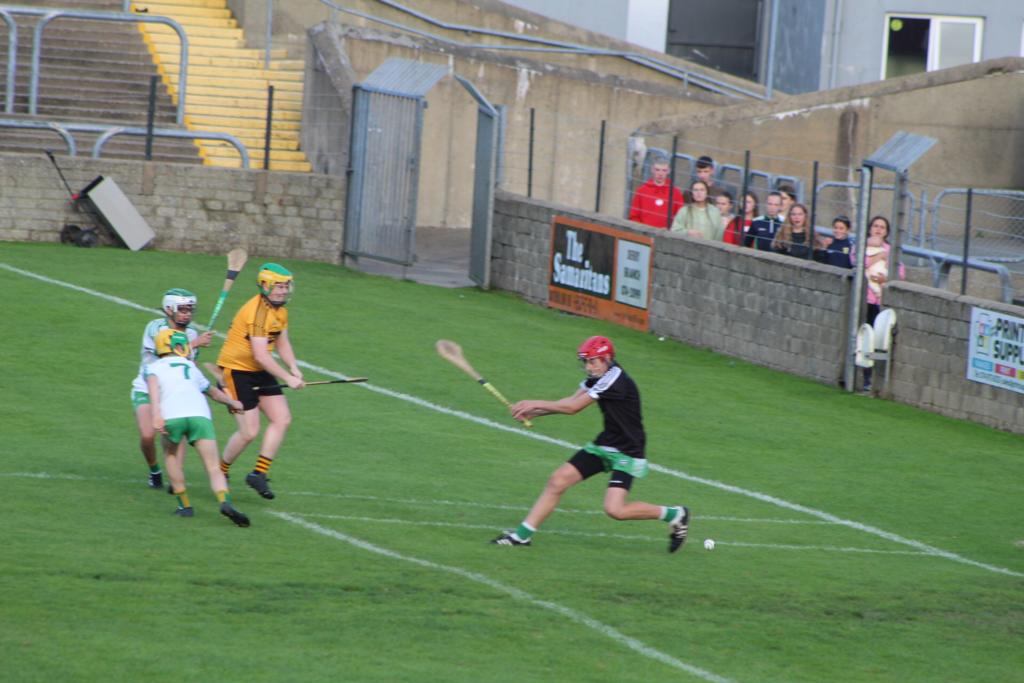 John Kealy worked tirelessly throughout the contest and was rewarded with an excellently taken late goal and after striking three  points from play.

Mac Cumhaills weren’t going down without a fight with Rory Doherty and Noah Reid picking off two fine points from play.  ÓBaoighill  finished his top class performance after he plucked a long range strike from the sky and smashed it to the back of the net. 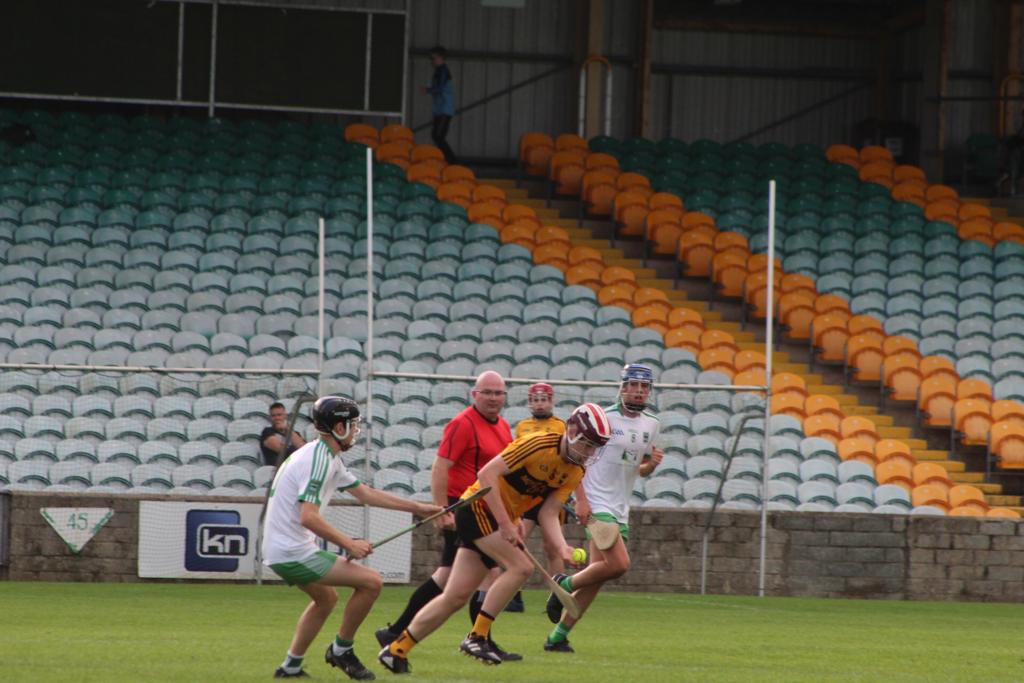 St. Eunan’s wing backs Lorcan Bradley and Jack Dooher and midfielders Eunan Gallagher and David Horgan provided a platform of possession throughout. Davitt Bradley-Flynn , Daniel Lynch and Dylan Patton were stand outs for the Ballybofey men. When the final whistle sounded the score read 4-12 to 0-10 to the Letterkenny men. St Eunans continue to the county semi-final where they will face League champions Carndonagh this Sunday at 6 pm in O’Donnell Park. 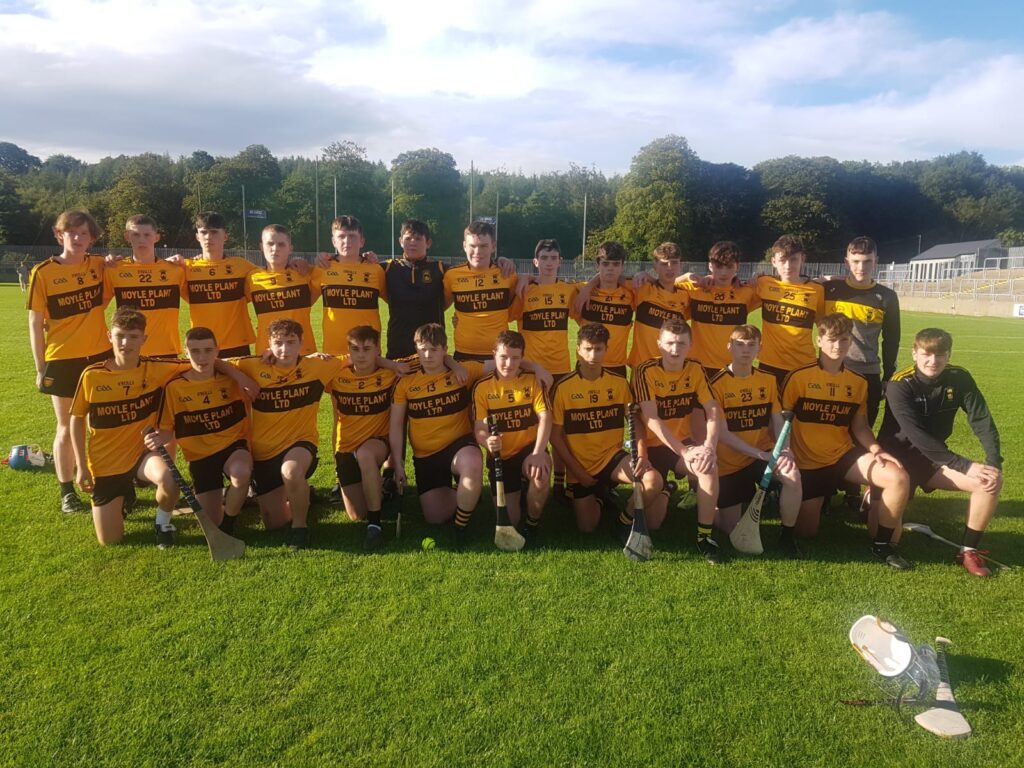