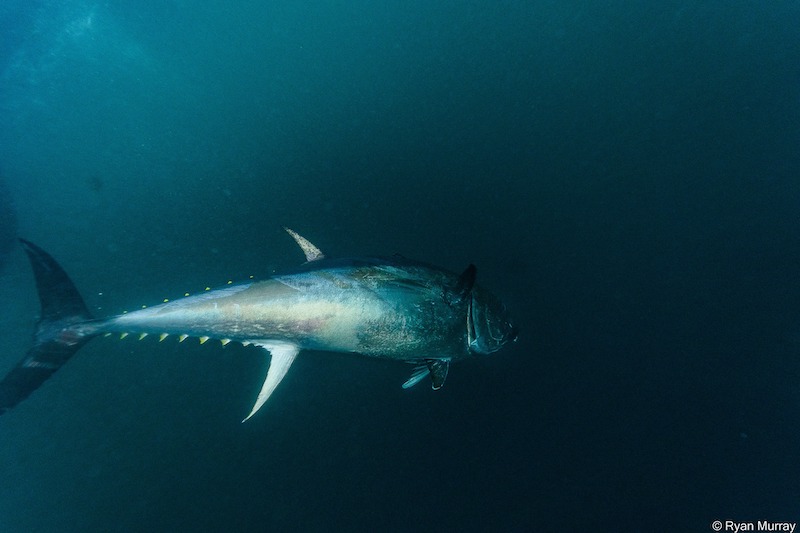 The stunning picture is of a 2.2 metre tuna caught off Donegal Bay in recent days.

It was one of three such large fish caught, tagged and released by John and Brian from Bluefin Tuna & Angling charters in just one day recently.

Bluefin tuna visit Irish coastal waters for feeding from July – November after which some are believed to travel to the Mediterranean for breeding.

In Ireland, fishing for bluefin tuna is highly regulated with only 25 boats permitted to target these giants for catch and release purposes only.

Aside from collecting valuable size information for bluefin tune, the licensed boats will attach a unique identifier tag on the fish which, if caught elsewhere in the Atlantic/Mediterranean, can provide crucial spatial movement data for the tagged individuals and the population as a whole.

The data collected will be used by fishery managers for the improved management of this species.