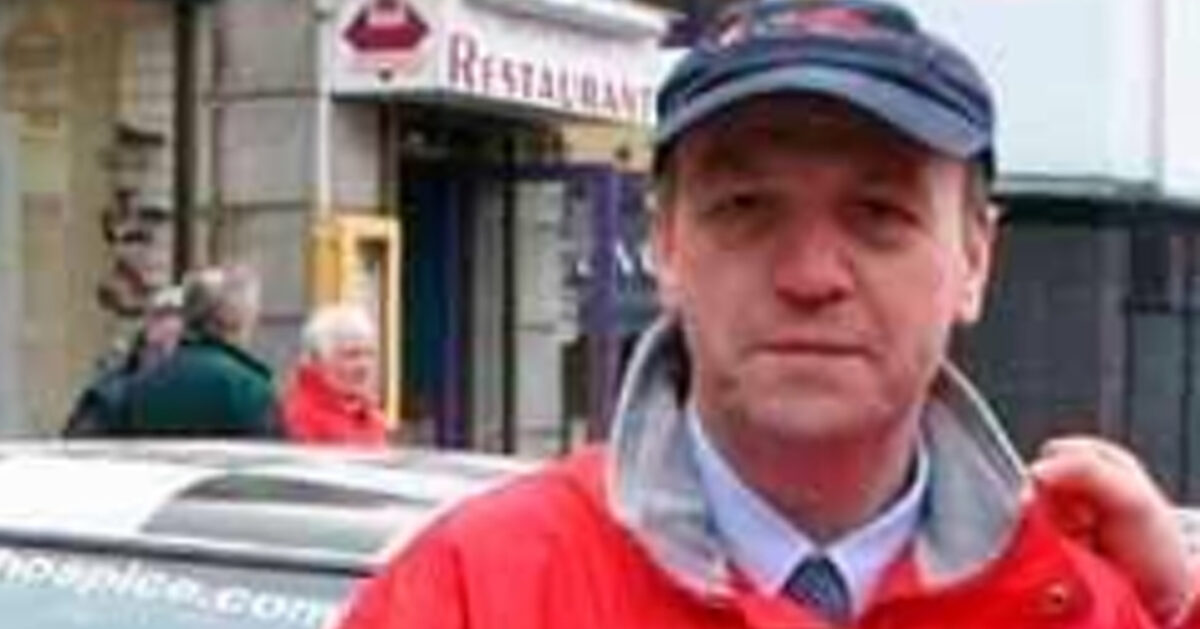 It was a case of wet-wet-wet for day one of the Knockalla Hillclimb as it celebrated its 50th Birthday on Saturday.

The second day on Sunday was more of what we were used to on Knockalla, a glorious autumn sunshine as Donnelly managed a sub-40 second time in one of the many beautiful single seaters that graced the hill climb over the two days of both events.

It was Saturday that we were down at Knockalla, a day that the rain never stopped as it pushed its way back up from the Atlantic Ocean. Competitors and organisers alike took the inclement weather in their stride.

The waterproofs and the wet tyres were on and the first practice run got underway, as the weather was seeming to get worse. 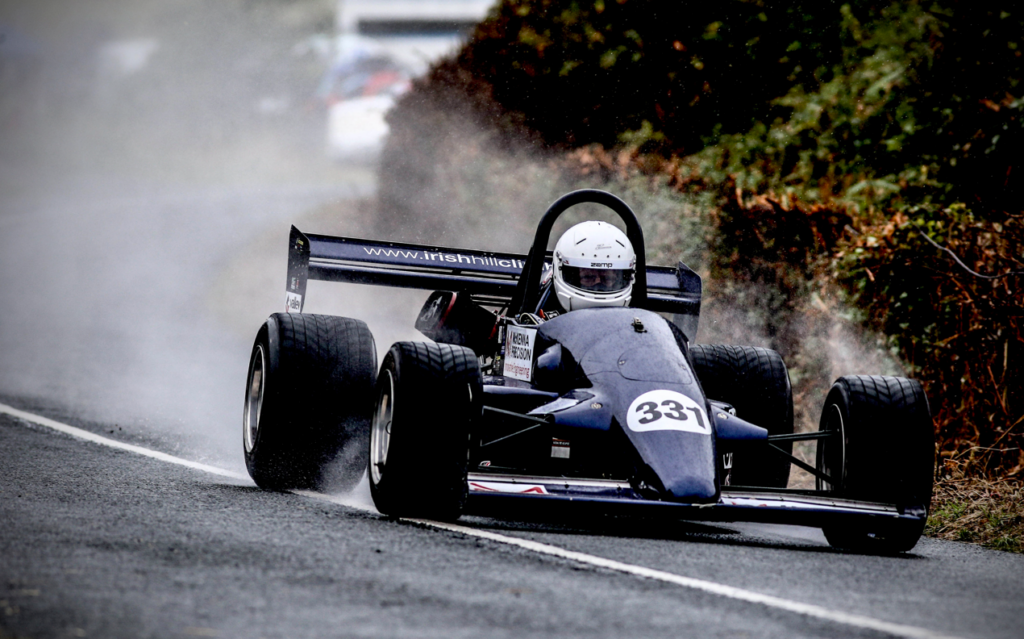 Walking up Knockalla, compared to when you zoom up it in your car, gives you a great idea of how testing this hill climb is on the best of weather but on a day like this, with water overflowing on very shiny tarmac, that was testing the best.

This year, the events were named after the late Danny Gormley, a man that put in so much of his time over the years into the background of running this event. The name Danny Gormley would be more familiar in rallying circles as the Clerk of the Course of the Donegal International Rally over the years but it was the Knockalla Hill Climb and the time keeping of which Danny looked forward to every year.

Danny was very much missed and remembered by his family and friends over the weekend as they all gathered at the starting line, with the cup and plaque made in his memory, which was presented to the winners. 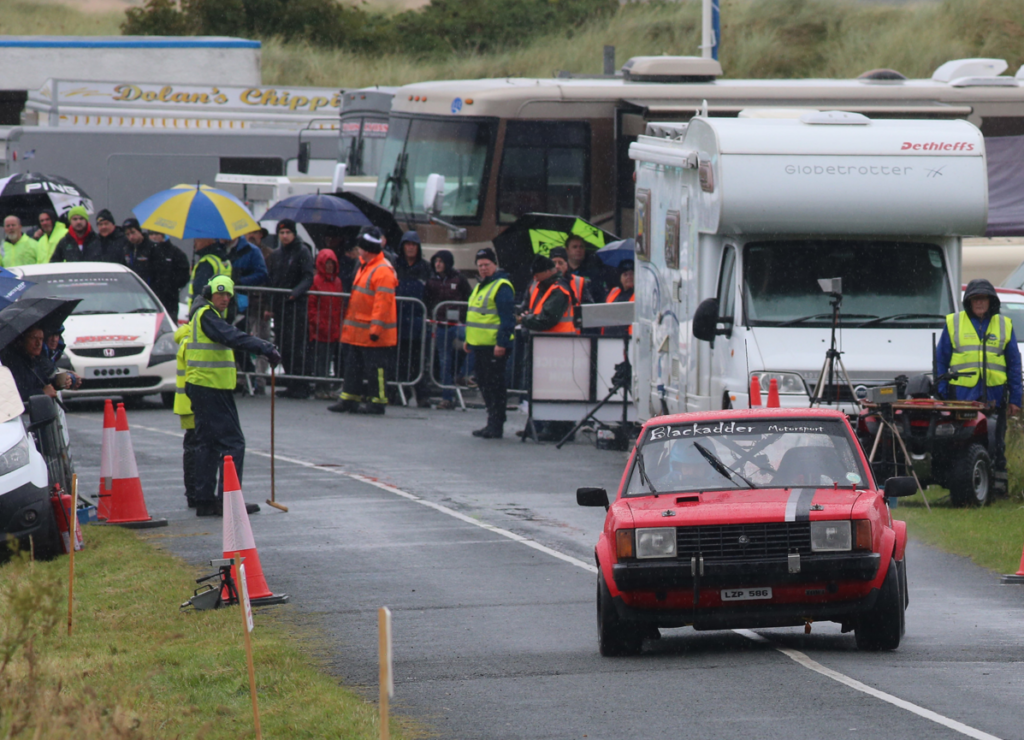 It was local rally driver and performance engine specialist Kevin Gallagher who was to shine at the weekend in his Darren, who tiptoed to the top of the hill in the quickest time of all, in his nimble rear engined Darren, fresh from his success from this year’s Donegal International Rally, where the Rathmullan man was the outright winner of the National.

48-odd seconds was a great time in the very wet conditions to secure the fastest time up the hill and, in doing so, Kevin made a bit of history when a rally car was faster up the hill climb than the specialised single seaters that normally take the honours.

Roy’s footage begins as he pulls up to the starting points where you can see the marshals positioning the car just behind the timing beam. You can see as Roy tries to get the powered down onto the tar from his 2.1 Vauxhall 16 valve engine through the rear wheels of Sunbeam, he has had to correct the car a few times before they get moving.

The clocks of the car show Roy sitting at 88 MPH and in 5th gear when the back of his sunbeam breaks away. From the in-car footage, I can count at least ten corrections on the steering wheel as the sunbeam fishtails from left to right, around the corner and through the hay bale and cone chicane.

The Ballyraine boy did well to settle his tail happy Sunbeam in the wet and never gave up.

The years of driving Talbot Sunbeam TIs, as road cars and rally cars were all dialled into them few split seconds on Saturday morning and the old saying, “if driving by the seat of your pants”, came to mind as Roy recalled the words of Richie Kavanagh’s song ‘Stay Wut Her Johnny’ came to mind.

Roy made it to the top of the hill, minus just a passenger’s wing mirror, which he clipped on a cone on the chicane and was very happy at that. Even though Roy was on a very good set of rear wets, the hill climb was very tricky and was very glad to leave Knockalla with all the wheels on his car pointing in the same direction, as he heads to compete in the Wexford Rally this weekend.

Another Donegal driver at the hill climb was Ernest Stewart, in his beautiful Holbay-powered Hillman Hunter. There was something special for me to see an old Donegal number plate on a rally car, it just has the look of nostalgia. 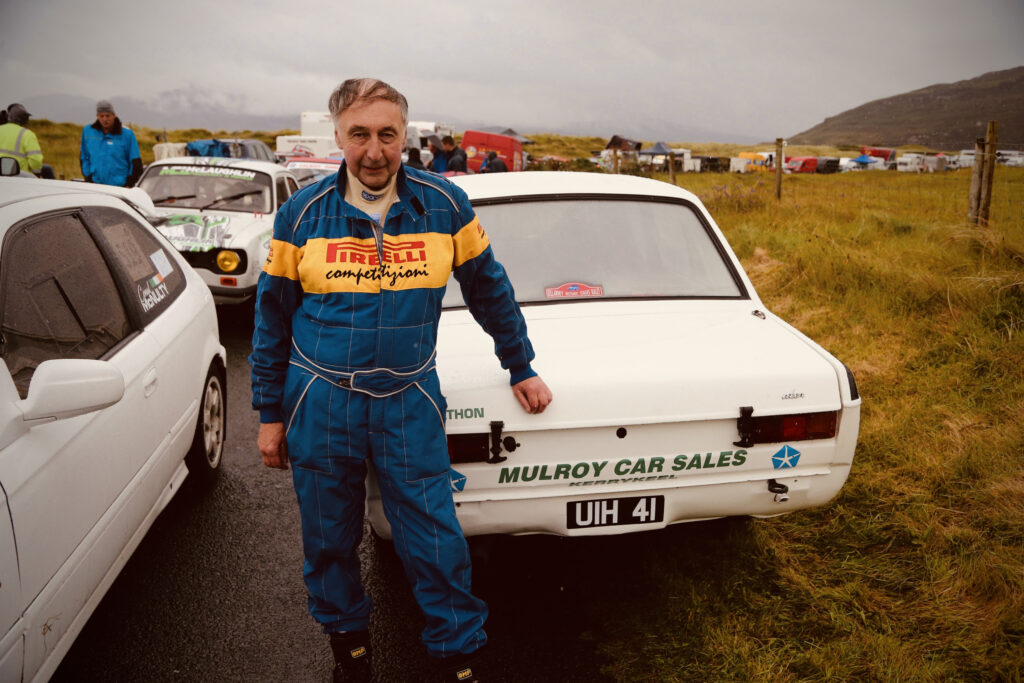 Ernest Stewart pictured at the bottom of the Hill Climb in Knockalla with his Hillman Hunter. Photo: Brian McDaid

I spotted UIH and Ernest along the pit lane at the bottom of the famous hill climb, yapping with visiting competitors that he got to know in the many years that he competed on this event. Ernest was quick to point out that he didn’t compete on the very first Hill Climb, but was at the second and all throughout the seventies, before taking a wee brake before getting back behind the wheel of this beautiful Hillman in recent years.

I caught up with Paul and Karl Reid on Tuesday evening as they were getting ready to head to Belgium for the Ford Escort Special Rally this weekend. The car they are driving is Damien Toner’s and many would have seen it stealing the show on the recent Ulster Rally before they went off doing considerable damage to their MK2.

Paul had booked this car for their trip to Belgium, having sold their own MK2 recently and didn’t think that the car would be ready for the run to Belgium, but bhe lads at Damien Toner Motorsport did a fantastic job in getting the car repaired after the Ulster Rally. 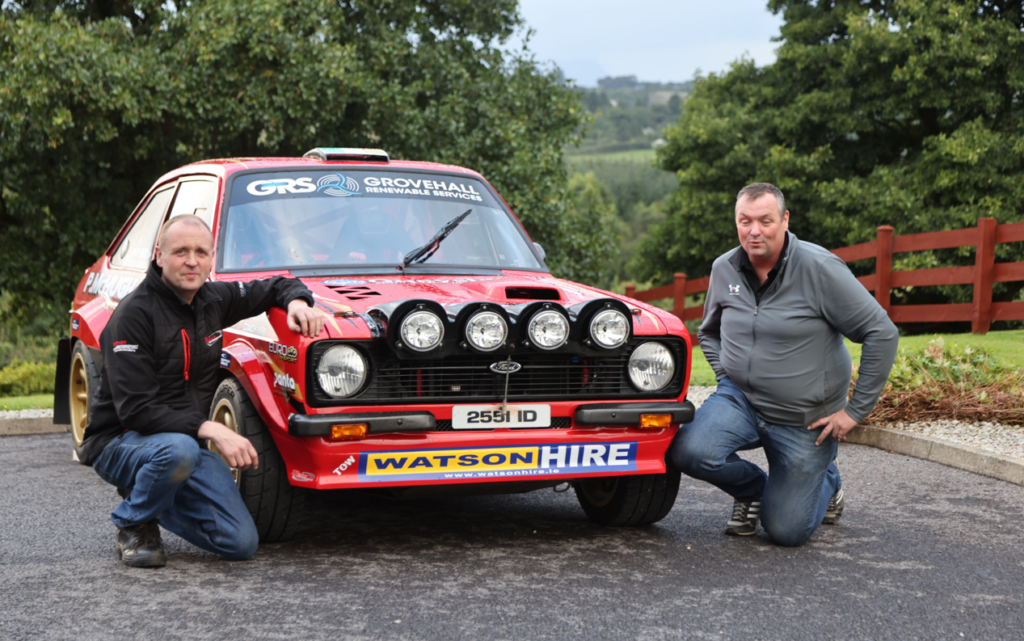 A special mention must go to Paul and Karl’s local sponsors because, without their help, the Donegal brothers would not get the chance to compete in Belgium. Last year, the Reid crew had good and bad luck on their trip to mainland Europe, leading one of the events and blowing the engine on another, plus a trip into the ditch-less countryside.

The red Cavan registered Escort is iconic in itself and it has a stance on the stage that makes it look so well. On Tuesday evening, there wasn’t room for another ten metric spanner as they headed for the boat to compete in Belgium this weekend.