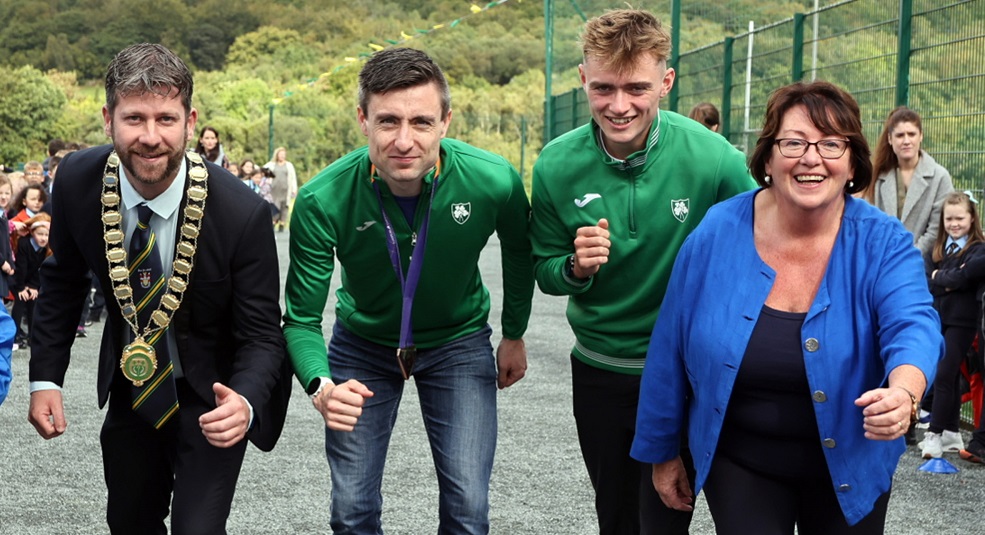 The pupils of Glenswilly NS are on track for athletics success after the grand opening of a new running track.

European 800m bronze medalist Mark English was on hand to cut the ribbon on the new top-quality track.

Joining English for the occasion was fellow Finn Valley AC athlete, Sean McGinley and Mayor of Letterkenny Cllr Donal Kelly who are both past pupils of Glenswilly NS. 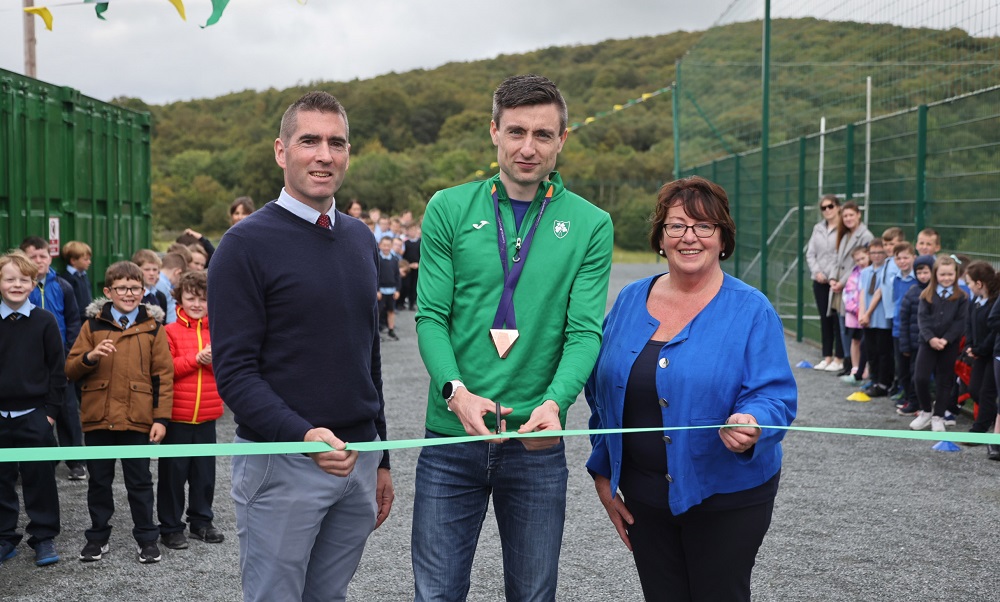 Special Guest Mark English who cut the tape to officially opening the running track at Glenswilly National School pictured with principal Joseph Gallinagh and Cjarperson of the Board of Management Eileen Quinn. Photo Brian McDaid.

The school has seen major redevelopment works in recent years, and the running track is a much-welcomed extra facility for the pupils.

Cllr Donal ‘Mandy’ Kelly said: “It’s fantastic for the kids to have such an outstanding school with outstanding facilities.

“A massive well done must go to the Principal Joseph Gallinagh and all the teachers and of course to the school committee and to contractor Sean Bonner and crew and our community as a whole.” 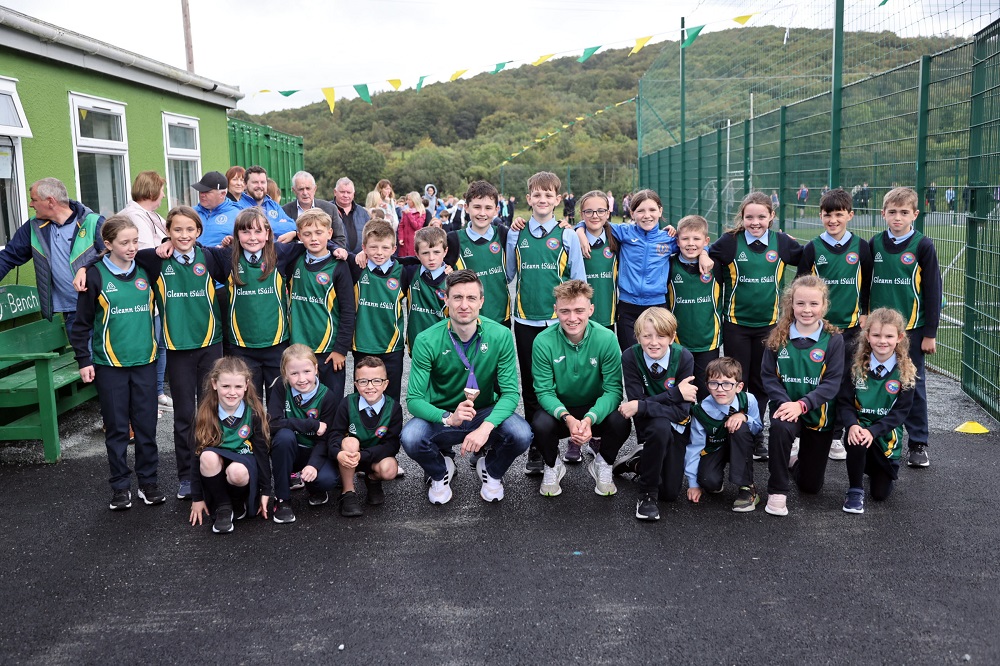