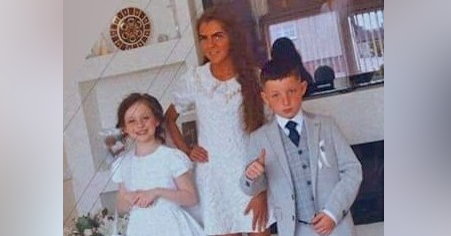 More than €60,000 has been raised online to support the family of three siblings who were tragically murdered in Tallaght last weekend.

Lisa Cash (18) and twins Chelsea and Christy Cawley (both 8) were stabbed to death at their home on Sunday, September 4.

Their brother, Andy Cash, 24, appeared before a special sitting of Dublin’s District Court on Monday charged with murdering his siblings. Cash, of Rossfield Avenue in Tallaght, was remanded in custody to appear before Cloverhill district court on Friday.

As tributes continue to pour in for the young victims, a GoFundMe appeal is underway to help the heartbroken family. As of Wednesday, more than €62,000 was raised from almost 1,000 donors.

The three siblings will be laid to rest on Friday morning after funeral mass at St Aidan’s Church, Brookfield.

The obituary notice on RIP.ie said: “The family would like to say a very special thanks to everyone for all their love and kindness over the past few days. Thank you all so much.”