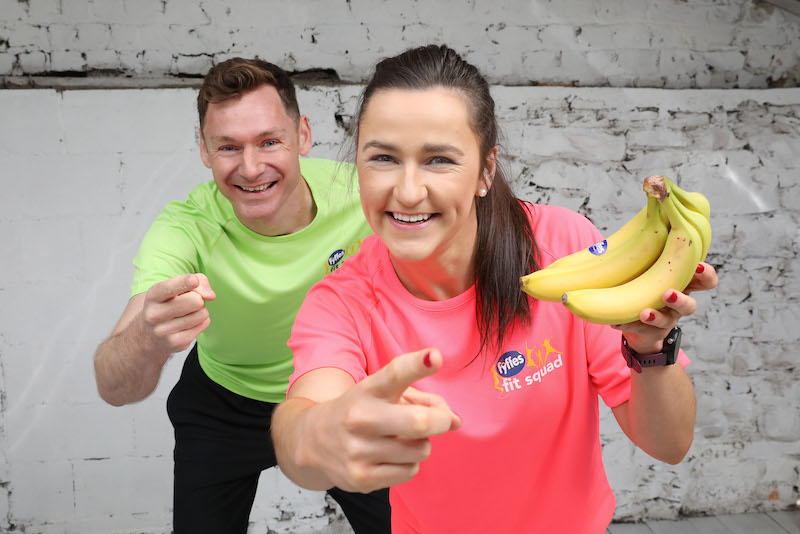 A call has gone out to schools in Donegal in a quest to find ‘Ireland’s Fittest School’.

Last year, Scoil Na Croise Naofa, in Dunfanaghy, fought off stiff competition from the large volume of competitors to be crowned the overall winner.

This year’s competition was launched by Irish Olympians, sprinter Phil Healy and fellow athlete, David Gillick, who have joined forces with Fyffes.

Coupled with monthly and spot prize rewards, one successful school will have the distinction of being chosen as ‘Ireland’s Fittest School 2023’.

The prize for which will be a visit from Healy and Gillick and €5,000 worth of sports equipment.

Registration for the Competition, which runs until March 31st, can now be made online at www.fyffesfitsquad.ie, with the overall winner to be announced in April.

The commencement of the competition coincides with the resumption this month of Fyffes children’s fitness programme of live school visits following a two year break during Covid.

The upcoming schedule will see some 7,500 pupils from schools throughout Ireland, North and South, participate in an interactive Fit Squad session between now and March next.