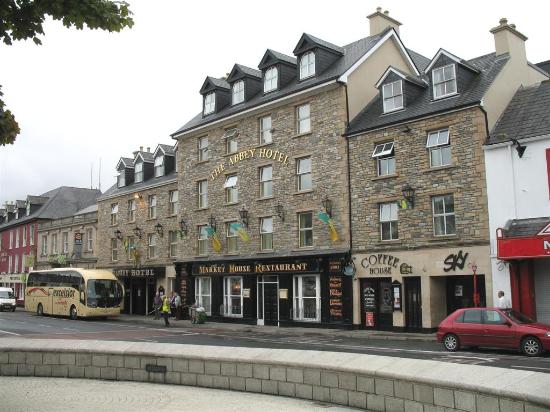 A Donegal councillor has called for a new location to be found for buses to stop in Donegal Town.

Cllr Tom Conaghan says the current bus stop at the Abbey Hotel on the Diamond gives rise to serious traffic and safety issues.

The stop is served by all major companies including Bus Eireann and Local Link.

But Independent Cllr Conaghan says the issues have “gone beyond a joke”.

“There was a lot of traffic congestion caused by buses double parking over the summer months,” Cllr Conaghan said, saying that the parking issues extend all the way to the Abbey VS post-primary school.

“You could have 40 or 60 people coming in at a time,” Cllr Conaghan told Donegal Daily. “I witnessed it myself, when it took me 15 minutes to get to the Diamond from the Abbey School. With all the vehicles parked on the footpaths as far as Supervalu, children are moving off the footpaths on to the side of the road. It’s getting very dangerous.”

Cllr Conaghan will raise a motion with the Donegal Municipal District on the issue this week, calling on the council to seek an alternative location for the Abbey bus stop. One collection area he has suggested is the Donegal Town pier, which is close to both the school and the Diamond.