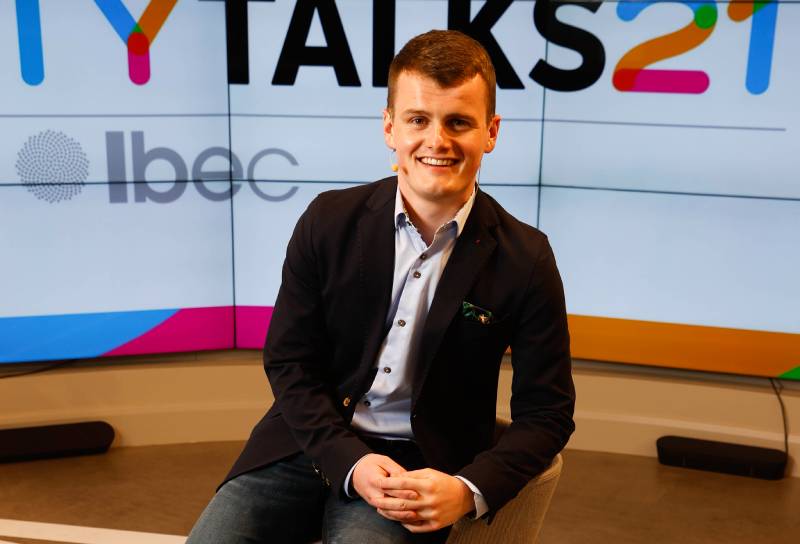 EUROPE DIRECT Letterkenny, based in Central Library, will host award-winning entrepreneur and journalist Harry McCann on Wednesday 21st September at 2.00 pm. The event will be free and refreshments will be provided. Booking is essential.

Harry McCann has established himself as a powerful voice for youth across the globe. Harry will speak about the opportunities in Europe for young people and the European Year of Youth. Harry made headlines around the world when he started his first business, Kid Tech, to teach children how to code. This early success earned him the title of “Ireland’s answer to Bill Gates”.

​Building on his early success, Harry combined his passion for STEM and his experience in the technology industry to establish the first Digital Youth Council (DYC) in the world. For six years, the youth council helped give young people a voice in STEM and Education.

While under his leadership, the council formed partnerships with Accenture, Twitter, Facebook, and other industry leaders, including the Irish Government and European Commission. This innovative model, which Harry spent years developing, has since been replicated in the United Kingdom under the leadership of the Virgin Group.

​Coinciding with his work as an entrepreneur, Harry has been an influential voice in youth affairs. As an advisor to the European Union and the Irish Government, Harry has helped shape many important digital strategies and policies across Europe. He has received several awards in recognition of this work, including the JCI Outstanding Young Persons Award.

As a journalist, Harry has established himself as one of the most recognisable youth voices in the Irish media. He contributes to several national television and radio shows and regularly writes op-ed columns for the Irish Independent and thejournal.ie. As one of only twelve young journalists selected by the European Commission, Harry is also a member of the European Pool of Young Journalists.

Europe Direct Letterkenny is here to answer your questions on the EU and to provide:

To book this event please email eudirect@donegallibrary.ie. Alternatively, you can telephone 074 91 24950 or call in to Central Library Letterkenny.