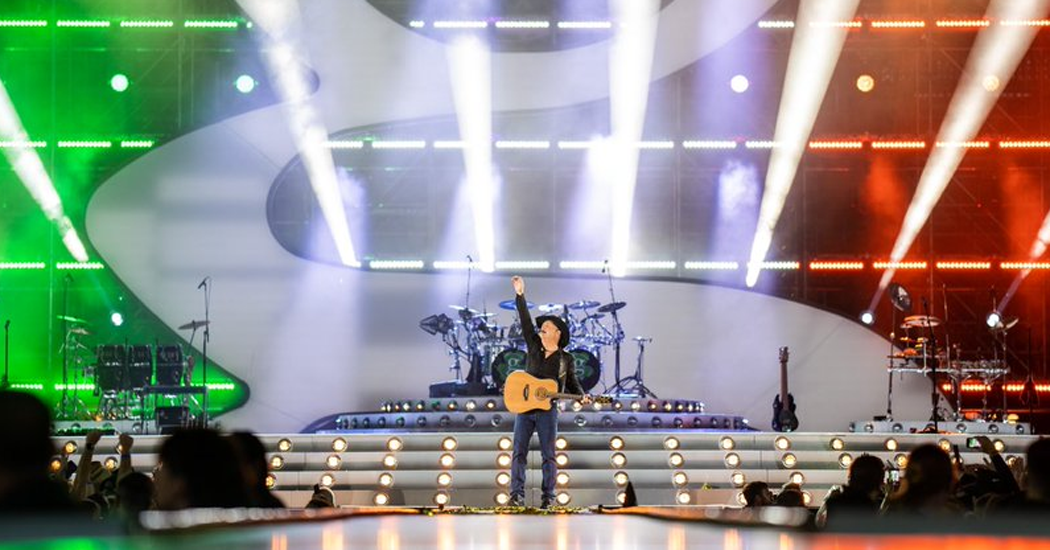 Fans were out in force to give the superstar the warmest welcome back to Ireland, and he did not disappoint.

Priscilla Kee tells us: “It was unreal! He gave the people what they wanted, all the old stuff, all the memories and his voice is sounding amazing! He was emotional, the audience were emotional…if you’re a real fan, then you will be in heaven from start to finish!”

Garth and his band performed all the top hits, and some surprises, for two hours. Their intention for the night, Garth said, was to raise some hell and let the thunder roll.

A delighted Elaine Martin said: “Unreal. Best concert ever. I’d go every night if I had a ticket.”

A massive highlight for some fans was Garth’s duets with his wife, Trisha Yearwood, which included Shallow from A Star is Born.

This was Garth’s first show in Ireland since 1997, and there were plenty of tears from the Oklahoma man. An emotional Brooks had a lot of love to give fans for returning to him after the disappointment of the 2014 Croke Park controversy.

We asked local fans what they thought of the night, and there was mixed reaction:

John McEvoy, who came all the way from Dubai, said the show was “worth every expense”, and he’s even going back again tonight!

Johnny Scanlon said: “Honestly the greatest concert I’ve ever seen. A night that will be very hard to top, quite simply the best night of my life. I can’t see anything topping this to be honest lmao.”

And Annemarie Doherty Flaherty crowned Garth as the “man of the match” after his energetic performance.

Several fans commented that there were sound issues, depending on where you are in the stadium. But whether you had sitting or standing seats, they said the crowd was on their feet the whole time.

With four more gigs coming up this weekend and next, we asked concertgoers for their advice. Some advised to go early and avoid the rush at the gates. “If you are standing get in as early as you can,” Tracey Calpin said. It’s also a good idea to wear comfy shoes for the long walks back to the buses.