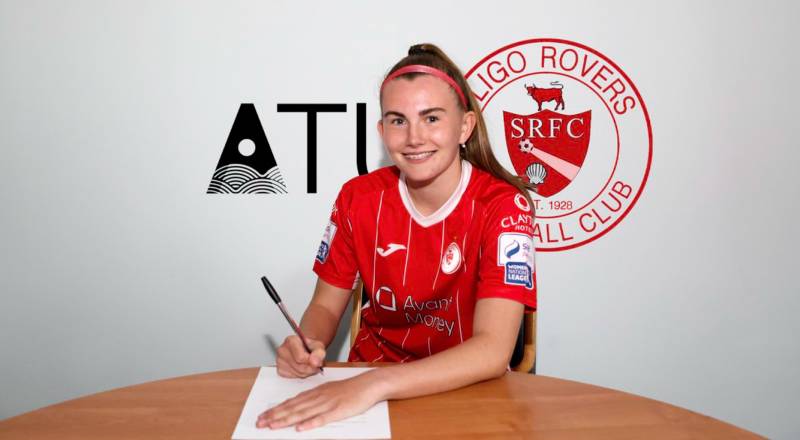 It’s been a brilliant week for Emma Doherty which has got even better as she has signed a new long-term deal with Sligo Rovers.

Having been selected for two friendlies away to Portugal earlier this week, the Buncrana native has now agreed a long-term deal at the club through a scholarship with Atlantic Technological University.

Doherty joined Sligo Rovers in January from the Donegal Women’s League under-19 side and has scored nine league goals in her debut season in the Women’s National League.

Bit O’ Red Women’s Team Manager Steve Feeney said: “Emma has been a fantastic player for us so far this season. She is a real threat for defences in the league and she has shown that so far, scoring a goal almost every other game.

“The partnership the club have with ATU Sligo is a real help in us attracting top level players here as they can gain a high-level qualification while also playing at a high level with us on the national stage.

“I know Emma is keen to do well both on the field and at university. I feel this is a perfect match and one which will grow and develop over the coming seasons.”