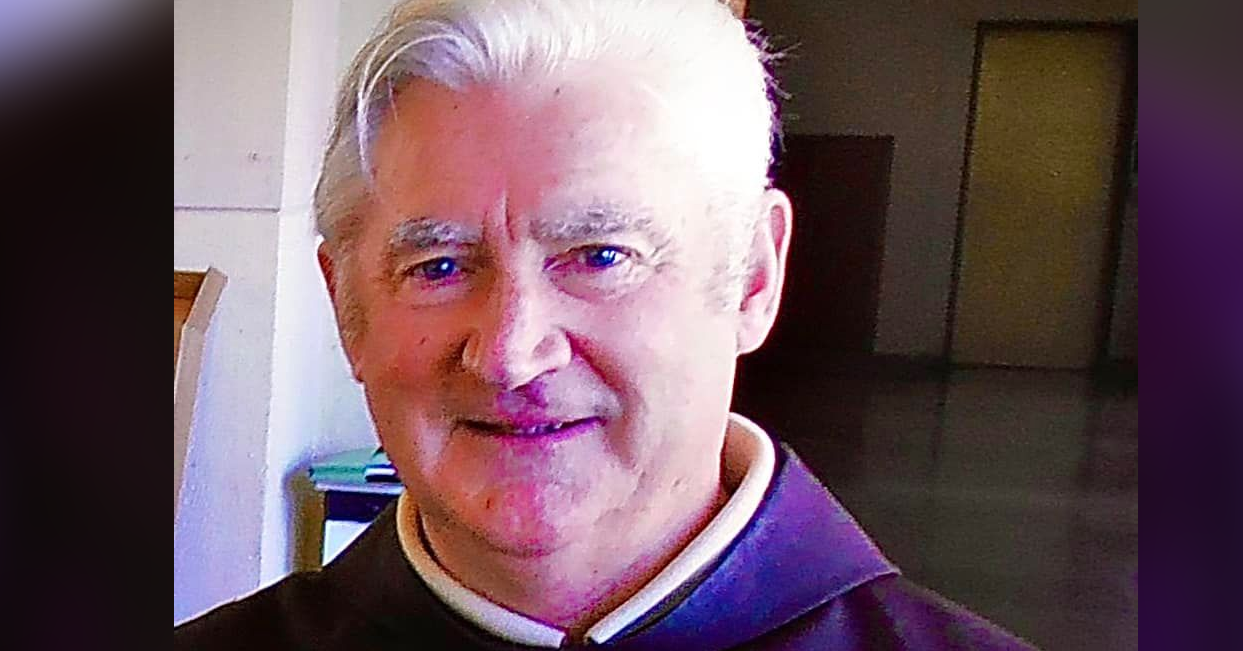 Funeral details have been confirmed for Fr. Florian Farrelly O.F.M who died in a tragic road accident this week.

Fr Florian, aged 87, lost his life in a two-vehicle crash in Limerick. No other injuries were reported.

Fr Florian, who was based at the Franciscan Friary in Rossnowlagh, was travelling down the country on his holidays. He had visited his sister in Co Leitrim and was on his journey to the Killarney Franciscan Friary when the accident occurred in Newcastle West.

He will be dearly missed by all in the Rossnowlagh Friary community.

“Fr.Florian has returned to his loving God,” his obituary notice reads.

John Farrelly was from Sutton, Co Dublin. He joined the friars in 1953 and received the religious name, Florian. He celebrated his Franciscan Profession the following year. After studies in Galway and Rome he was ordained to the priesthood in Rome in 1961. His younger brother Paschal (Michael) also joined the Franciscans and predeceased him in 2000.

During his long and fruitful ministry, Florian lived in many of the Franciscan friaries in Ireland beginning with Waterford. He spent an extended period in Drogheda friary where he was guardian. He was also appointed guardian in the Killarney and Multyfarnham communities.

A tribute from Franciscans Ireland said: “Florian’s kindness, his attentive listening and gentle presence were a blessing in the lives of the many people he came in contact with over his decades of Gospel service.”

Funeral Mass for Fr.Florian will take place on Tuesday the 13th of September at the Multyfarnham Friary in Westmeath. His remains will be received in the Franciscan Friary, Rossnowlagh from Sunday 11th September until Tuesday morning.

Details are as follows: Fr. Florian’s remains will be received on Sunday the 11th at The Franciscan Friary, Rossnowlagh,Co. Donegal F94 PH21 for evening prayers at 5pm. Reposing after 10am mass on Monday to 6.30pm. Removal from The Franciscan Friary on Tuesday morning the 13th of September at 8am to arrive in Multyfarnham Friary, Westmeath, N91 X279 for 12pm funeral mass with burial afterwards in the Franciscan Cemetery.

Fr. Florian Funeral Mass can be viewed live on https://theabbeymultyfarnham.ie/webcam/

Predeceased by his brother Fr. Paschal. Fr. Florian will be sadly missed by those who knew him, his sudden death is a huge loss to his devastated sister Mary, his nephews Gerard and Denis (Debbie), his niece Maeve (Mark), grandnephews and grandnieces and all his extended family and to the Franciscan community in Ireland and all those who know and loved him.