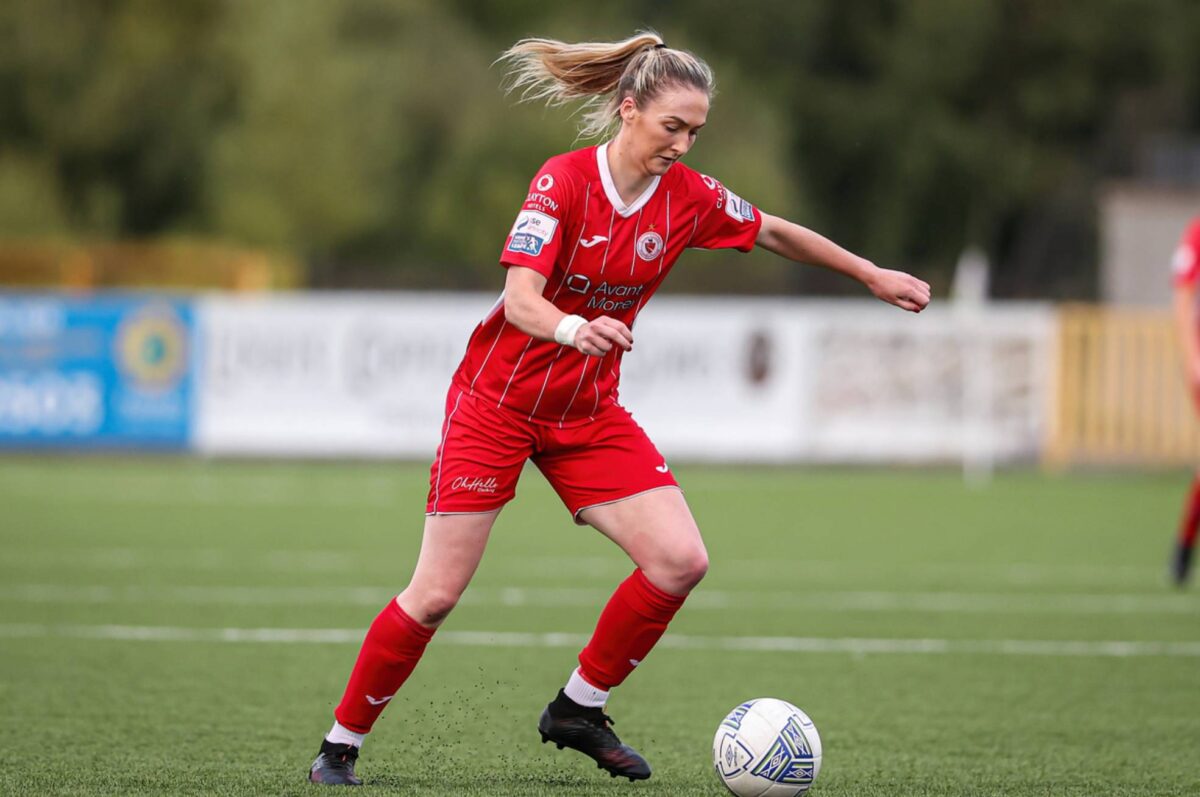 It’s now five goals in three games for the Buncrana woman, whose quick fire double wasn’t enough as Galway won 5-2 after a strong second half performance.

McGrory scored the opener after eight minutes, heading into the bottom corner after a cross out the left by Greencastle’s Gemma McGuinness.

Jamie Erickson equalised within a minute but by the 13th minute, McGrory had scored again as she found herself unmarked on the six yard box.

The cross came in from Fiona Doherty and McGrory’s one touch finish went past Abbiegayle Ronayne in the Galway net.

Galway were level before half-time however through Shauna Brennan and in the second half, they went clear.

Goals from Bryce Reynolds, Chloe Singleton and Jenna Slattery gave Galway a repeat of the previous scoreline in this game.

McGrory has five for the season, with all five coming in the last three games, getting one against Athlone after a brace against Cork City.