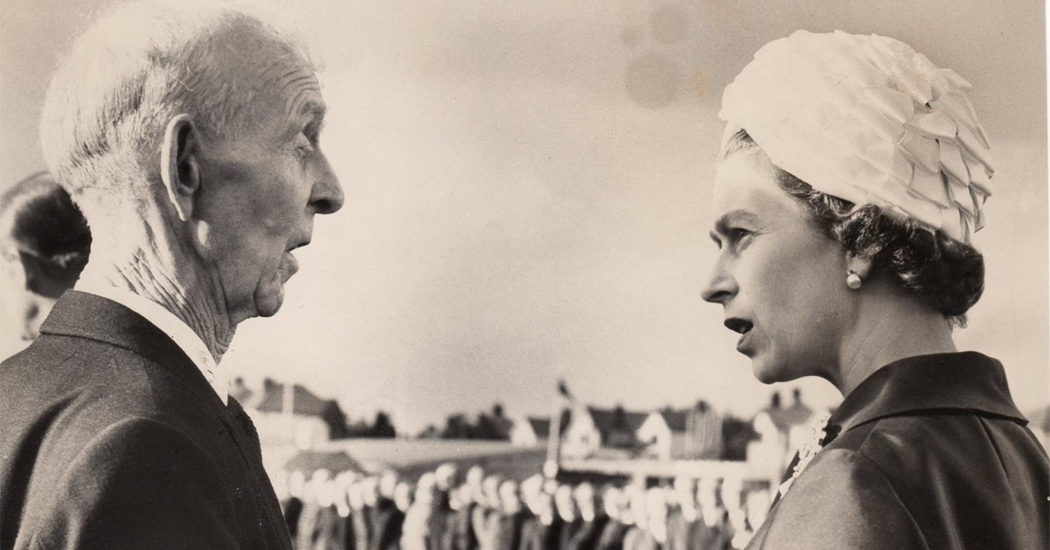 The death of Queen Elizabeth II has conjured up many emotions and memories from people all over the world, and the descendants of Donegal hero James Duffy are no different.

The late James Duffy, a recipient of a Victoria Cross, was honoured for his service in World War One by both King George IV in 1918 and the Queen in 1966. Private James Duffy served with the Royal Inniskilling Fusiliers in the Great War as a stretcher bearer and, on a critical day of battle in Palestine in December 1917, he risked his life to save two of his fellow soldiers.

Mr Duffy met with Queen Elizabeth in Belfast in 1966 at a remembrance service marking the 50th Anniversary of the Battle of the Somme. James was first in line to meet the monarch and Prince Philip. That special moment stands out as an unforgettable moment for his family today.

Watch a video of the visit and meeting here:

Mr Duffy’s granddaughter Evelyn Gallagher from Letterkenny said the photo of James and the Queen takes pride and place in their homes.

“He would have really looked forward to meeting Queen Elizabeth,” Evelyn said. My mum and all the Duffy family were so proud.

James was one of only 37 Irishmen who received the Victoria Cross (VC) for service in World War I – the highest military decoration awarded for valour in the face of the enemy. 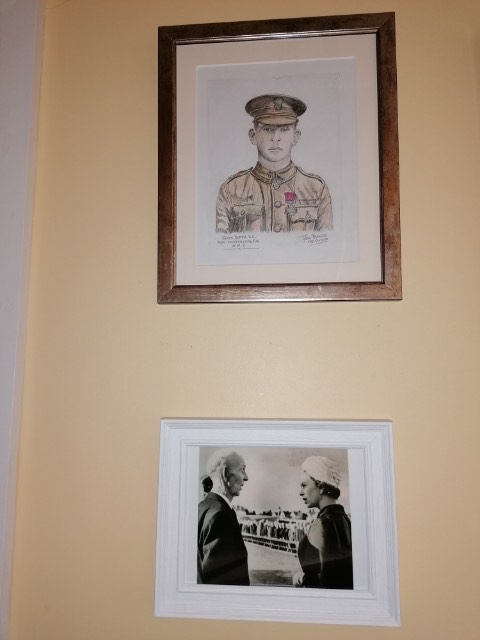 A framed photo of the late James Duffy and Queen Elizabeth in Evelyn Gallagher’s home in Dromore. Above the photo is a portrait of Mr Duffy by local artist John Baird

James, born in Crolly, grew up and lived in Bonagee outside Letterkenny. He was a gallant veteran who served from 1914 to 1918, but his experiences were kept quiet until almost a century later. A seat was placed in Mr Duffy’s honour in Letterkenny’s Town Park in 2007 and his bravery was further recognised in 2017 when the Ulster History Circle erected a plaque at Castle Street, Letterkenny. At the time, James’ only living child was Nellie O’Donnell, who sadly passed in January 2021.

“My mother would have been so proud. She wanted to get him (James) recognised and she did get her way,” Evelyn said.

Nellie met with the-then Prince Charles, now King Charles III, during his visit to Donegal in 2016.

Evelyn said that Queen Elizabeth and her mother bore many similarities. “She was a steadfast lady, she stuck to her guns and when she got her teeth into something, she stayed at it. I was saddened to hear of the Queen’s death, as she died at the same age as mum,” Evelyn said.

James Duffy VC died aged 79 in Drumany, Letterkenny on 7th April 1969 and was buried in Conwal Cemetery. His VC is in the collection of the Inniskillings Museum, Enniskillen Castle, County Fermanagh.