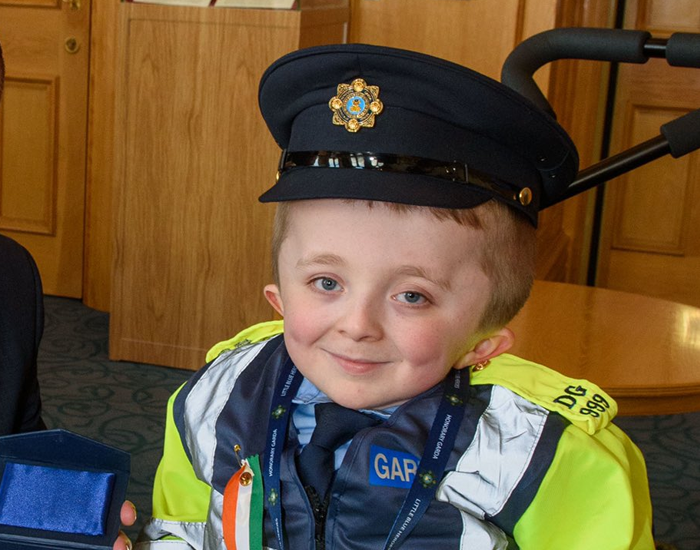 Update: Can you help Jack find his beloved ‘Magic Dog’?

Update: We are happy to announce that Jack has not one, but TWO magic dogs on the way to him. Thanks to everyone for sharing this appeal.

An urgent appeal has been issued to help a brave little Raphoe boy find his beloved cuddly toy!

Jack Beattie (11), who has brittle bone disease, is an honorary member of An Garda Siochana as part of the Little Blue Heroes initiative.

In recent days, however, his special teddy (pictured below) went walkies around Temple Street Children’s Hospital, Dublin, and hasn’t returned. 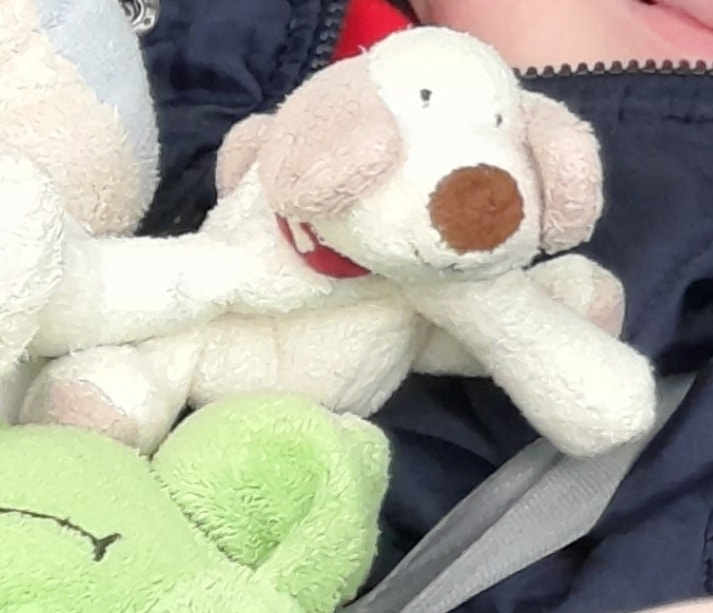 Even Jack’s colleagues in An Garda Síochána couldn’t track him down.

“I think, maybe, he may have gone to see Garth Brooks, but Jack aint impressed,” mum Ruth posted on Facebook earlier.

He was given to Jack around four years to help with pain and anxiety and that’s where the name ‘Magic Dog’ came from.

“He was bought in Marks and Spencers by a friend,” added Ruth.

“Anybody have, maybe, a brother of his that they no longer need that Jack could adopt – he will be very well looked after.”

If you can help Jack find another ‘Magic Dog’, email info@donegaldaily.com or just send us a DM!