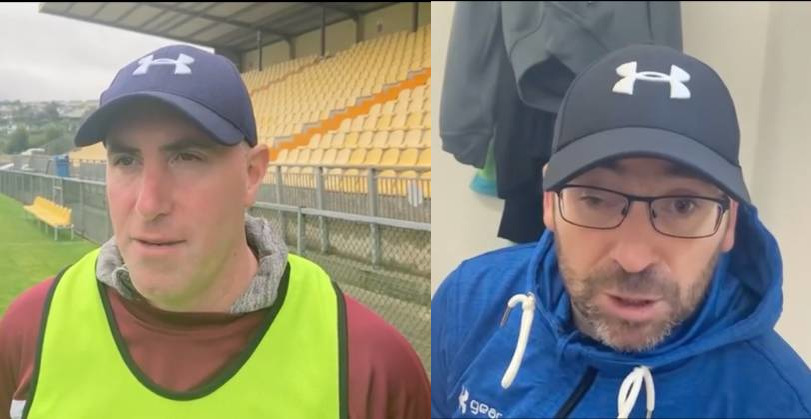 As we learned our final four for the Intermediate Football Championship, we look back on the weekends events.

The only game on Saturday was between Dungloe and Naomh Mhuire, with last year’s beaten finalists Dungloe coming out on top.

Chisty Green, Daire Gallagher, and Oisin Bonner all got goals for Dessie Gallagher’s side, as they won with a flattering scoreline of 3-10 to 0-11.

In the only game not in O’Donnell Park, Gaeil Fhánada and Downings put on a great game in Dunfanaghy.

After being three points down, Gaeil Fhánada scored 1-2 without reply in the latter stages of the game, much to the delight of manager Barry Meehan.

It was disappointing on the other hand for Downings manager Kevin Gallagher, who always believed that three points is always a dangerous lead.

In the double header at O’Donnell Park today, Naomh Columba put down a warning to the other teams with a massive win over a good but disappointing Buncrana side.

A superb performance from Aaron Doherty, scoring 1-7 along with Christopher Byrne who got 2-2, they were well on their way as the game finished 3-13 to 0-11.

In the final game, Termon looked set for the semi-finals after 25 minutes, they weren’t gonna have it all their own way against an impressive Red Hughs team.

Francie Martin, the Red Hughs manager, felt a bit aggrieved by some of the decisions that went against his side, but was proud of their second half display.

Eight points ahead, Termon held on to win by just one point, something manager Francie Friel says he would have taken earlier in the week, as they won 1-8 to 0-10.

And Termon will now meet Dungloe in the semi-finals next weekend, while Naomh Columba and Gaeil Fhánada go toe-to-toe in the other game, including in the reserves game.

Termon’s reserves will face Convoy in the other semi-final, with dates and times to be announced during the week.