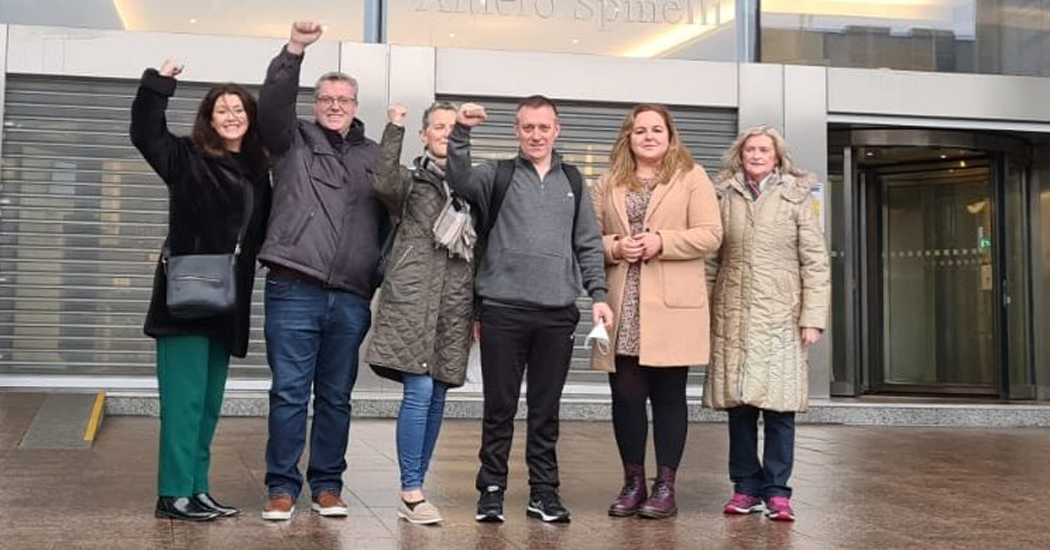 Mica homeowners have escalated their call to the EU to intervene in the remediation of homes impacted by defective materials.

Campaigners have today announced that they are calling on the EU to include human rights infringements among the petitions made in December.

The new Mica remediation scheme, homeowners say, breaches human rights as it does not cover 100% of the rebuild costs. The scheme still requires, at a minimum, tens of thousands of Euros to be found by the homeowner themselves. For larger properties, this homeowner contribution is exceeding €100k.

In December 2021, a delegation of homeowner representatives presented petitions to the EU Petitions Committee seeking the EU Institutions to play an active role in the scandal. Addressing the committee, representatives Joe Morgan and Ann Owens shone a light on the mica scandal and on the failure by the Irish Government in adhering to existing Irish and EU construction regulations.

Mr Morgan has now written to the von der Leyen Commission extending homeowners’ initial ask of the EU Parliament in Dec 2021 to include Human Rights infringements with the objective of engaging the EU directly in the definition of the proposed new scheme parameters.

Mr Morgan said: “Homeowners were left deflated after the signing of the proposed new bill in the Dail over the Summer. Old Age Pensioners have spoken publicly about their resignation that they will not see their homes fixed in their lifetime. This is simply shocking. We need to restore hope for the families directly impacted by this crisis.”

In the letter to the commission, Mr Morgan wrote that Irish homeowners were being denied the right to protection of property and the right to an effective remedy and to a fair trial. Furthermore, he states that homeowners in the west of Ireland have been discriminated against, in comparison to the 100% redress provided to the pyrite-affected property owners in Leinster circa 2012.

The letter asks the commission to review of new evidence asks the European Commission to investigate the issue and to open infringement proceedings where necessary.

Mr Morgan said: “Despite significant engagement with the Irish Government, they have failed to appreciate the constraints with the proposed new remediation scheme, and have in effect locked out a significant percentage of homeowners from accessing appropriate funds to remedy their homes.”