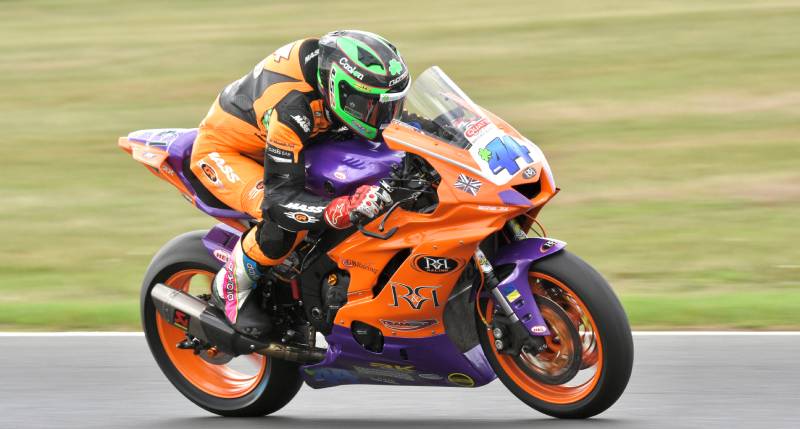 Success at Snetterton for Irwin Brothers

Irwin Racing travelled to Snetterton in the UK to contest Round 8 of the British Superbikes Championship over the weekend.

The changing weather conditions provided exciting racing for the fans and a busy schedule for both the racers and team mechanics.

Rhys, racing his factory supported Astro Triumph, had his best weekend to date this season.

Race 1 saw Jack Kennedy, four times British Champion, take the win with Rhys close on his tail holding a consistent 3rd place until a coming together with another racer forced him wide onto the grass.

The talented youngster held his nerve got back on track and went across the line in 7th. Race 2 saw more of the same with Rhys finishing 5th place.

When asked, a delighted Rhys said: “It was a great weekend. This is a new bike that we are developing and it has not been easy, and in this premier class that makes challenging for a podium nearly impossible against the likes of Jack Kennedy and Lee Johnston who have a decade more experience than me.

“I had a podium in my sights in race 1 but I was lucky to hold on to the bike after that race incident and finish. We don’t have the best set up yet but I have a great team who just haven’t stopped all season testing different options. There is definitely more to come from this bike and this weekend was the most comfortable I felt on it yet.” 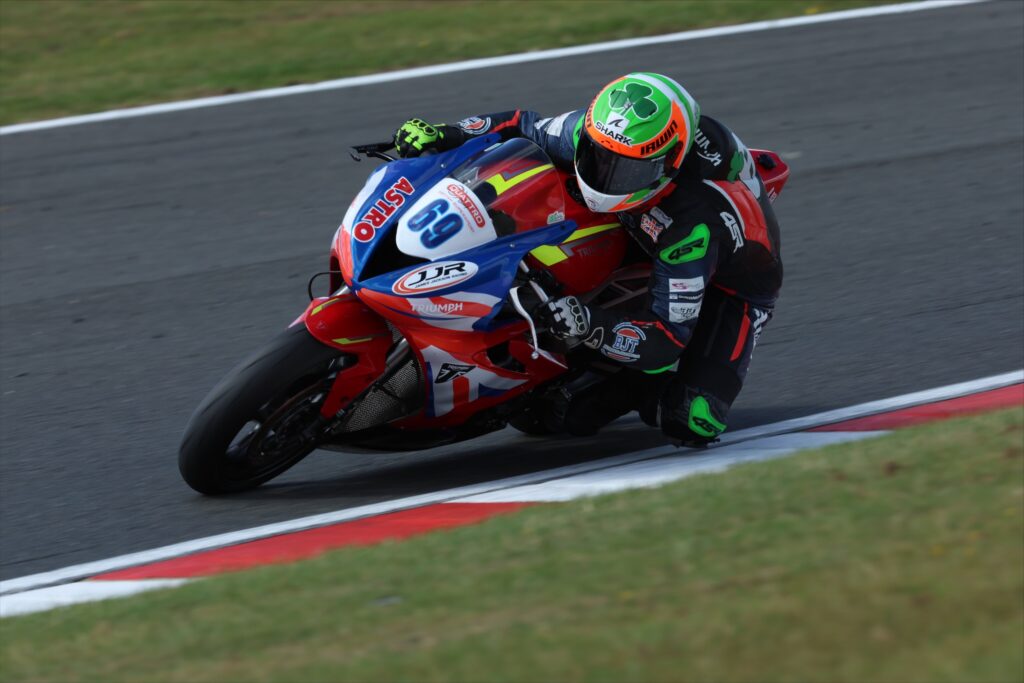 Older brother Caolán also finished both races in the points and came away happy from Snetterton, saying: “I am in a great team this year, they have given me a really good set up and I am loving racing the R&R Yamaha.

“Unfortunately we didn’t have a race engine for the last two rounds.

Because of Brexit it has been hard to get the refreshed engines back into the UK,  however Charles and Caroline have worked tirelessly to give me a great set up and I couldn’t not enjoy racing for them.

“We still managed to put points on the board but this is one of the two Premier Classes in BSB with professional racers that don’t make it easy.

“I am in my first year in this class and learning every round.”

The brothers as always, thanked their teams and father Ivan for the bikes and hard work to date and all their sponsors who make this all possible.

Next round sees the team travel to Oulton Park in two weeks time.