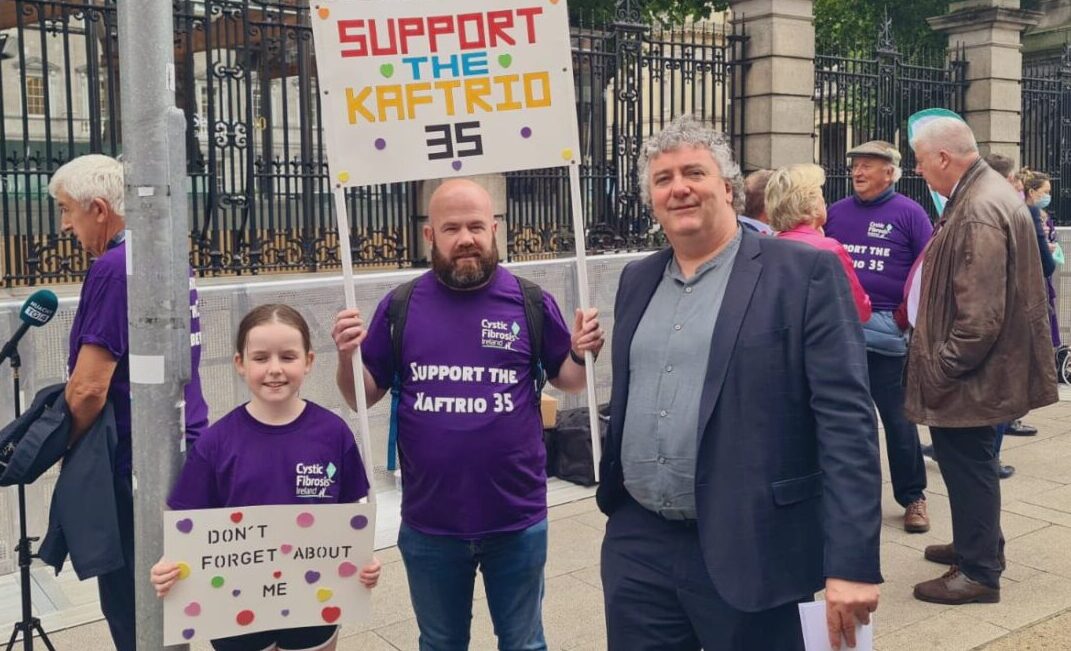 Families from across Donegal joined a protest outside government buildings today campaigning for a life-changing drug for children with Cystic Fibrosis.

More than 600 adults and children took part in the lunchtime protest demanding that 35 children with Cystic Fibrosis aged 6-11 should no longer be excluded from accessing the ground-breaking drug.

The ‘Kaftrio’ drug has been found to be a ground-breaking therapy for people with Cystic Fibrosis. However, 35 young Irish children are caught in the middle of a pricing dispute that has led them to miss out on the treatment.

The Cystic Fibrosis Ireland group says that all other eligible children and adults with CF in Ireland have already gained access to Kaftrio, except for the 35 children at the centre of this dispute between the HSE and VERTEX.

Many members of the CF community, including families from  Donegal town, Inver and Ramelton attended today’s protest which called for a rapid resolution for the children involved.

Independent TD for Donegal, Thomas Pringle, who joined families at the gates, brought the issue before the Dáil and said: “It’s wrong that these children should continue to be deprived and I believe that you should act to ensure that the Minister for Health and the HSE respond and make sure that this drug is provided to these young people, so that they can alter their lives significantly and save the State money in the long run too, because that seems to be the only thing the State understands.”

In response, the Taoiseach said the Government is anxious to see the matter sorted and said he will speak with the minister.