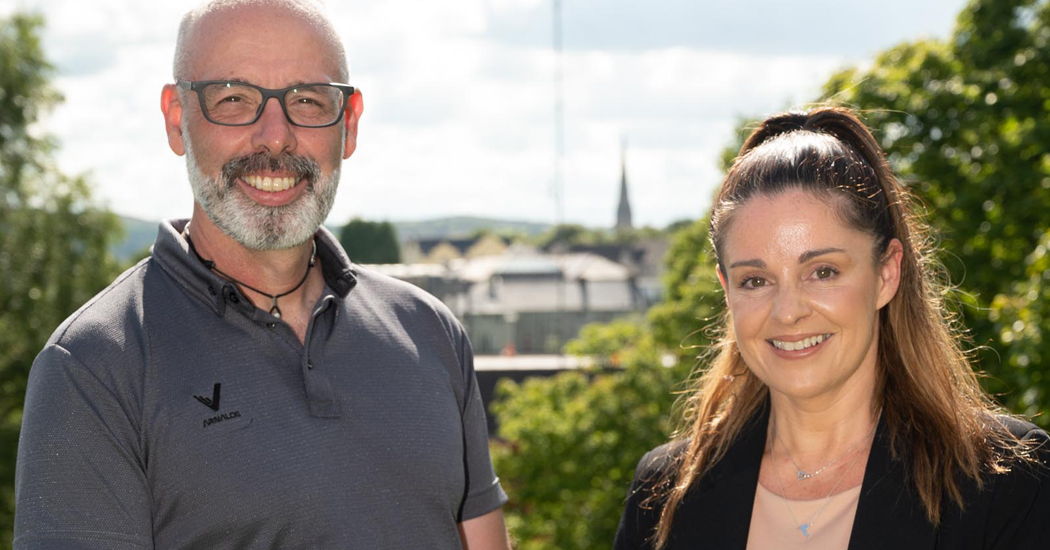 The inaugural Fintan Houston Memorial Awards has been launched in memory of well-known Letterkenny businessman, Fintan Houston, the co-founder of FM Cleaning.

The awards, organised by the late Mr Houston’s family, will celebrate the goodwill and altruism of businesses, employees or personalities in the community.

The idea builds on Mr Houston’s legacy of charity work and the many projects which had a special place in his heart.

Mr Houston has been dearly missed since his passing in July of this year.

His children Annette and Kenneth (above) say the awards will honour Fintan’s memory by creating recognition for the many others who sacrifice time and energy to help various causes in their local community.

Annette and Kenneth said: “It’s not often that a single person can have an outsized impact upon the community in which they lived. This summer, our sense of Fintan Houston’s impact was brought into sharp relief as his life was celebrated on his passing. We have lived in the reality of Dad’s life for all of ours. The man with the big smile, the permanently worn cap, and the trenchant determination that would, in the latter part of his life in particular, go on to enhance the lives of many others.

“Fintan’s passing has brought home to us how he, and indeed many like him, positively impact the lives of those around them through their donation of two precious resources that go beyond that of money – time and energy. Dad had both in abundance. He harnessed these and put them into service for the benefit of those who needed help.” 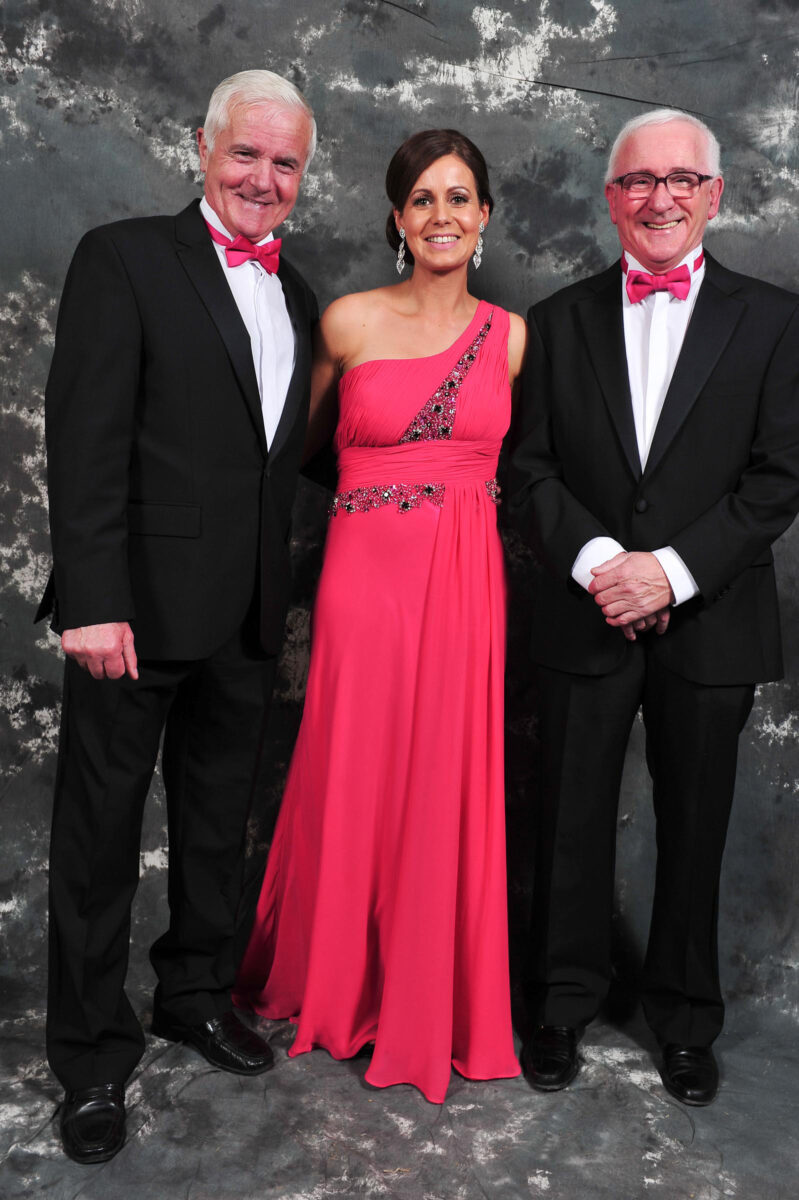 “The many stories shared with us since his passing, accounts of his willingness to give his time and energy to good causes, prompted us to think about how we might perpetuate the legacy of his achievements by recognizing other untold stories of good deeds. Around us, unsung and without fanfare, ordinary good people and local business are helping those around them. Raising money, making time or providing valuable resources for those in our society who need help and have little support from elsewhere.

“With this in mind, we are delighted to announce the launch of the Fintan Houston Memorial Awards.

“These annual awards, drawing inspiration from Fintan’s various commitments over many years, aim to do one thing – highlight, promote and recognize the type of work, ethos and selflessness that local businesses and their people undertake in the service of their wider community and charitable causes.

“Those who knew him will attest that Fintan wasn’t conventional. Dad would confound and surprise. Yet behind the many attention-grabbing activities we associate with him were the best of intentions; making the lives of those dealt a challenging hand in life a little bit better. He did this over a sustained period of his life, even in the face of his own health challenges. It began by helping young people realize their ambitions through gymnastics, raising money for expensive equipment, and raising the profile of young people’s achievements. His efforts evolved into his more well-known exploits such as boxing tournaments, golf classics, motorbike odysseys, and skydiving. There were many others in between, some of which we only learned about upon his passing.

“Hundreds of thousands in donations, if not seven figures, were raised in total. The lives of people, many far removed from his own community, such as the Crumlin Children’s Hospital, were made a little better as a result. 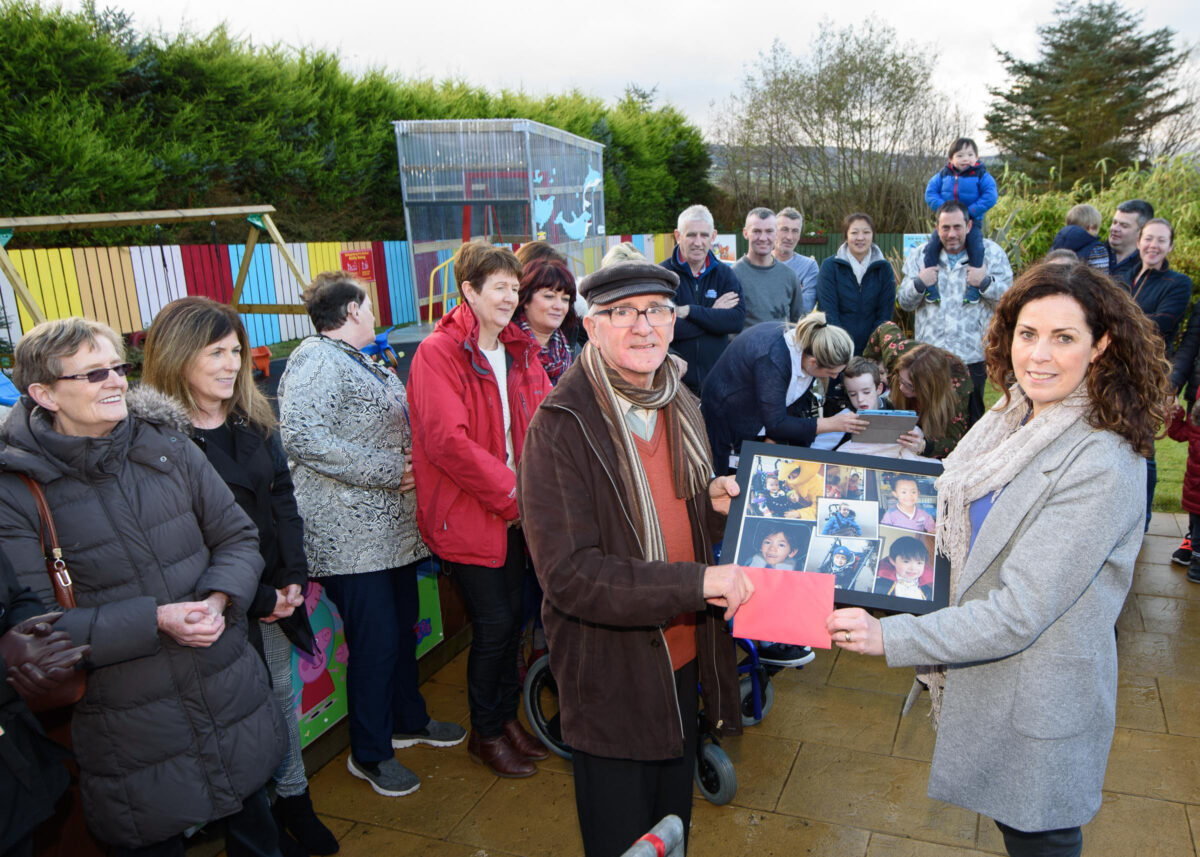 Fintan Houston receives a presentation from Optum Engagement Team at the opening of the HSE Ballaghderg Special Needs Preschool Garden after its revamp.
Photo Clive Wasson 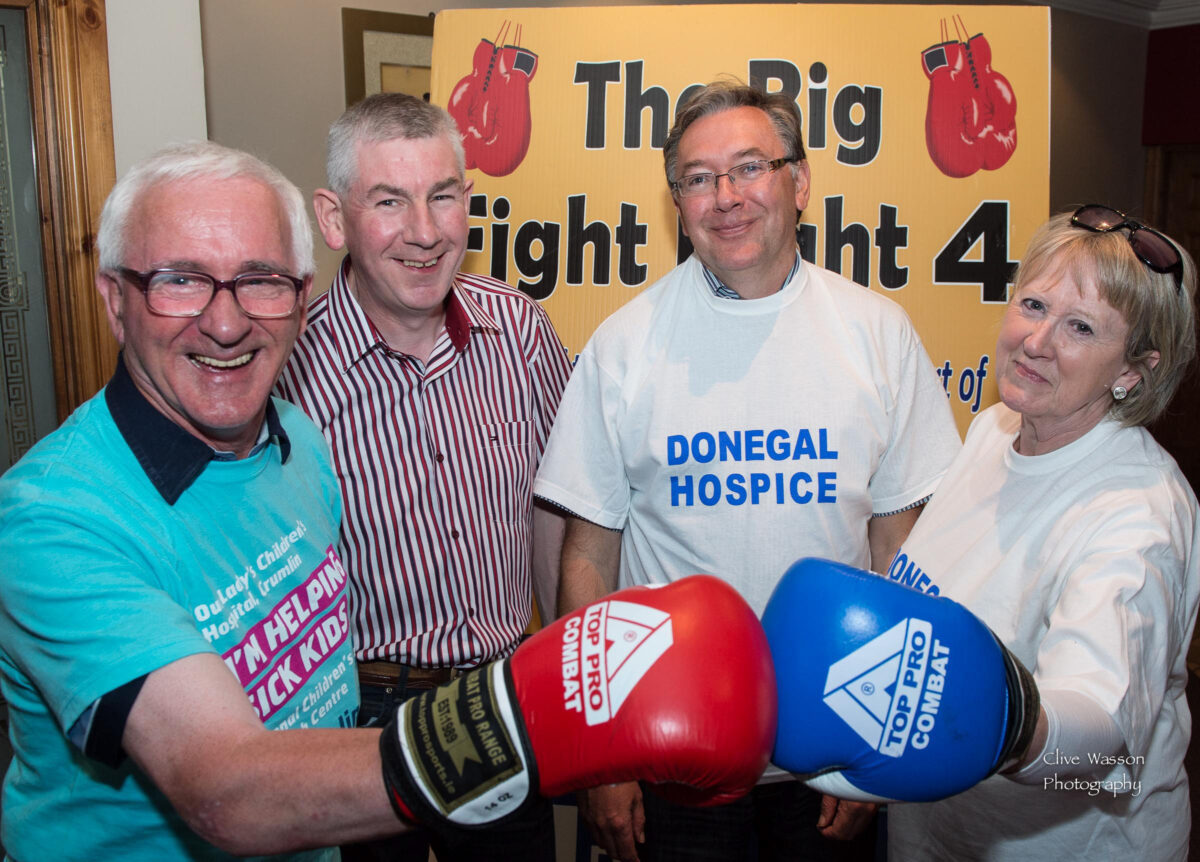 “At the end of it all, he was still Fintan. The cap, the scarf, the glasses. In that typically Donegal manner, it was never really about him. He was outward for the cause, but unassuming about his own role.

“With these awards, we want to show that there are many more people out there, living among us, just like that. We feel strongly that, through Dad’s example, we can provide a way to identify and give deserved recognition the good work done by so many people in local communities around the North West.

“The Fintan Houston Memorial Awards are public recognition for the valuable role of local businesses, employees or personalities in having a positive impact in their communities. Inspired by the drive and commitment of our father, Fintan, we want to honour his memory by creating recognition for the many others who sacrifice time and energy to help various causes in their local community.

There are some important basic categories of eligibility for these awards. They are as follows:

The Single Altruism Act Award: This award recognises a single act of goodwill by a business that has significantly enhanced the lived experience of the local community in a tangible way.

The Company Contribution Award: This award recognises an ongoing commitment to altruistic intervention by a business that has significantly enhanced the lived experience of members of a local community in a tangible way.

The Community Contributor Personality Award: This award recognises an individual, whether a director or employee, of a business who exemplifies personal commitment and sacrifice for a local cause or issue, particularly if that commitment extends over a period of time.

Annette and Kenneth added: “It is our hope that this forum will allow other citizens, those generous with their time, energy, commitment, and altruism, will receive the recognition they deserve – even, perhaps especially, if they do not seek it.”

Vacancy: Are you a rock star Mortgage...