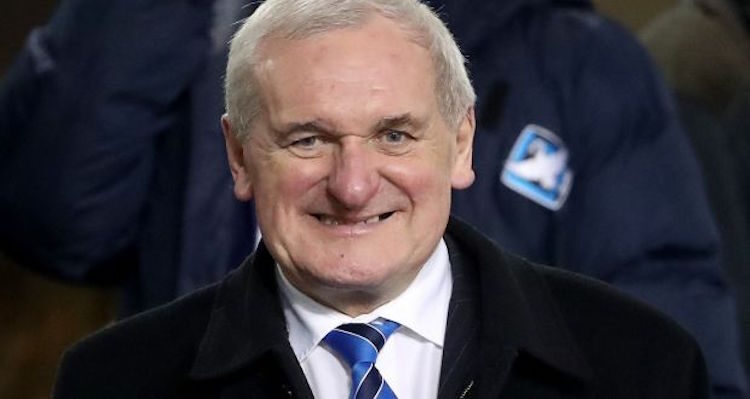 Bertie Ahern should be readmitted to Fianna Fáil – Blaney

Today’s Irish Examiner is reporting that Sen Blaney made the call at a private meeting of TDs and senators.

During a contribution at the weekly parliamentary party meeting on Wednesday night, a discussion was heard about planning for the 25th anniversary of the Good Friday Agreement next year and how the party needs to “own it”.

Donegal senator Niall Blaney called on the party to act in a spirit of inclusivity in terms of Mr Ahern’s contribution in achieving peace in 1998 along with then British Prime Minister Tony Blair in the context of the anniversary.

Backing Mr Blaney up, Offaly TD and former Minister for Agriculture Barry Cowen said the time has come to re-admit Mr Ahern to the party.

In 2012, Mr Ahern resigned from Fianna Fáil in the wake of the Mahon Tribunal ahead of current Taoiseach Micheál Martin expelling him from the party.

The tribunal stopped short of accusing Ahern of corruption but said he failed to “truthfully account” for sources of money he lodged in his bank account when he was finance minister in the 1990s.

Mr Ahern said the donations he received from wealthy party supporters into his account were not backhanders but “dig-outs” from friends to help him cover legal bills after his divorce.