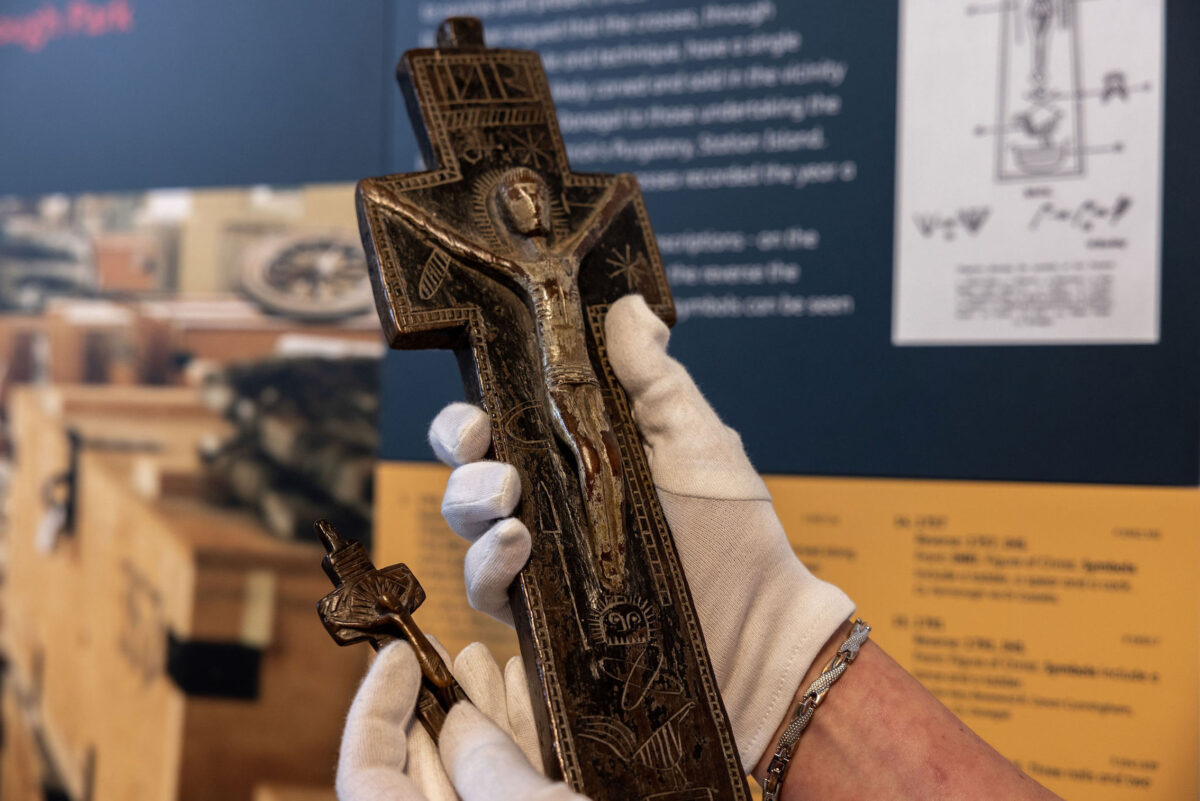 A selection of Lough Derg penal crosses, some over 200 years old, have gone on temporary display in County Mayo until the end of October.

A total of 21 of the handmade crosses, ranging from the early 18th to the middle of the 19th century, have been taken out of storage at the National Museum of Ireland – Country Life, Castlebar.

The display is part of Folk21, a year-long programme to mark the 21st anniversary of the Irish Folklife Collection at Turlough Park, Castlebar.

Penal crosses have been described as one of the few examples of Irish folk art and were likely carved and sold to pilgrims in the vicinity of Lough Derg.

The dates carved onto the crosses recorded the year a pilgrimage was undertaken. 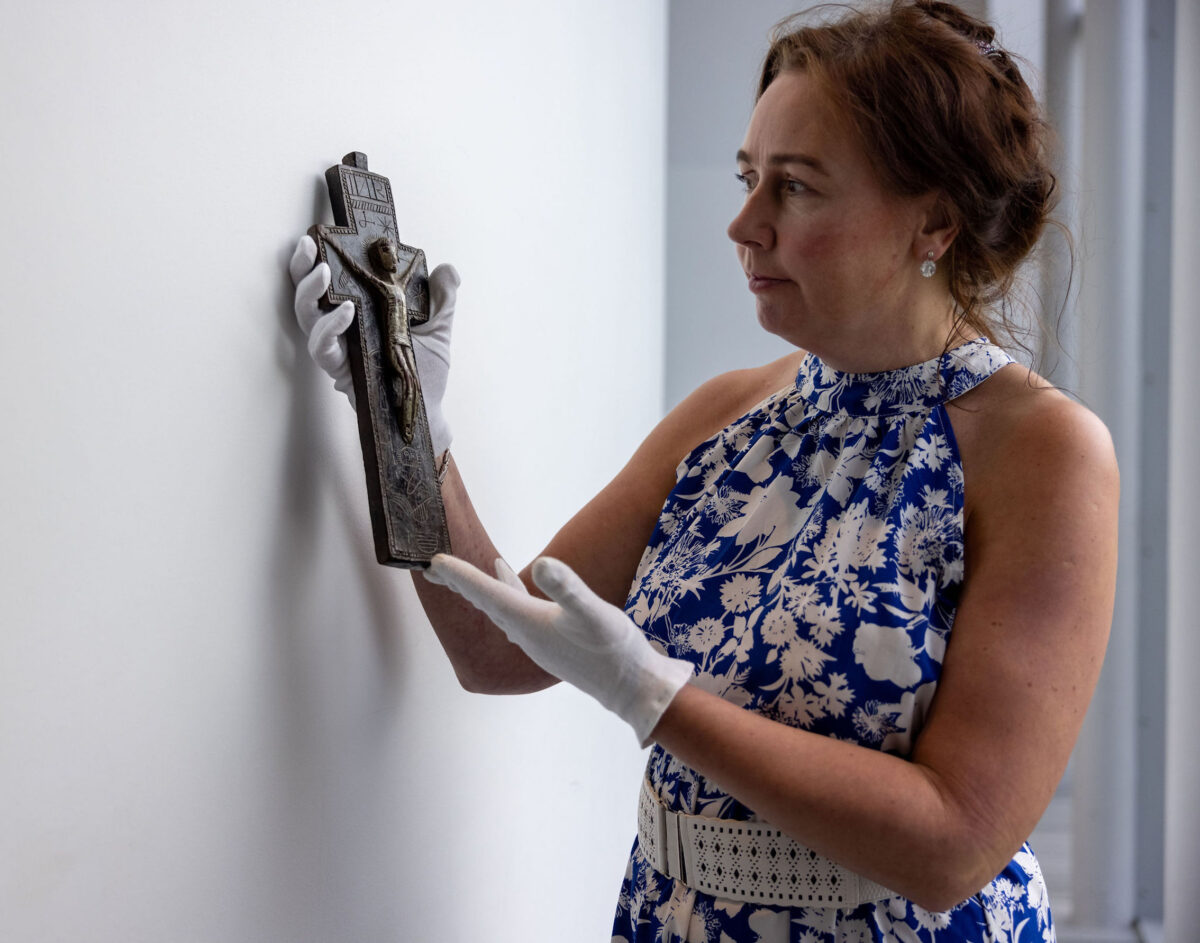 Clodagh Doyle, Keeper of the Irish Folklife Collection, at the Folk21 display at the National Museum of Ireland – Country Life. Pic: Karen Cox

As they came into the National Museum of Ireland’s collections, the details for each cross were recorded on index cards and a selection of these cards is also on display.

“Although mistakenly thought to be associated with the Penal Law era, penal crosses was the term used in folk tradition. Today, due to research by A.T. Lucas, we could call them Lough Derg crucifixes, but we continue to use the term penal cross.”

Similarities can be seen in the inscriptions on the crosses. They also have certain symbols in common – although these are not always present in every instance.

The symbols of the Passion of Christ that are usual include a ladder, a spear, a cock-in-a-pot, scourges, pincers, a hammer and three nails. 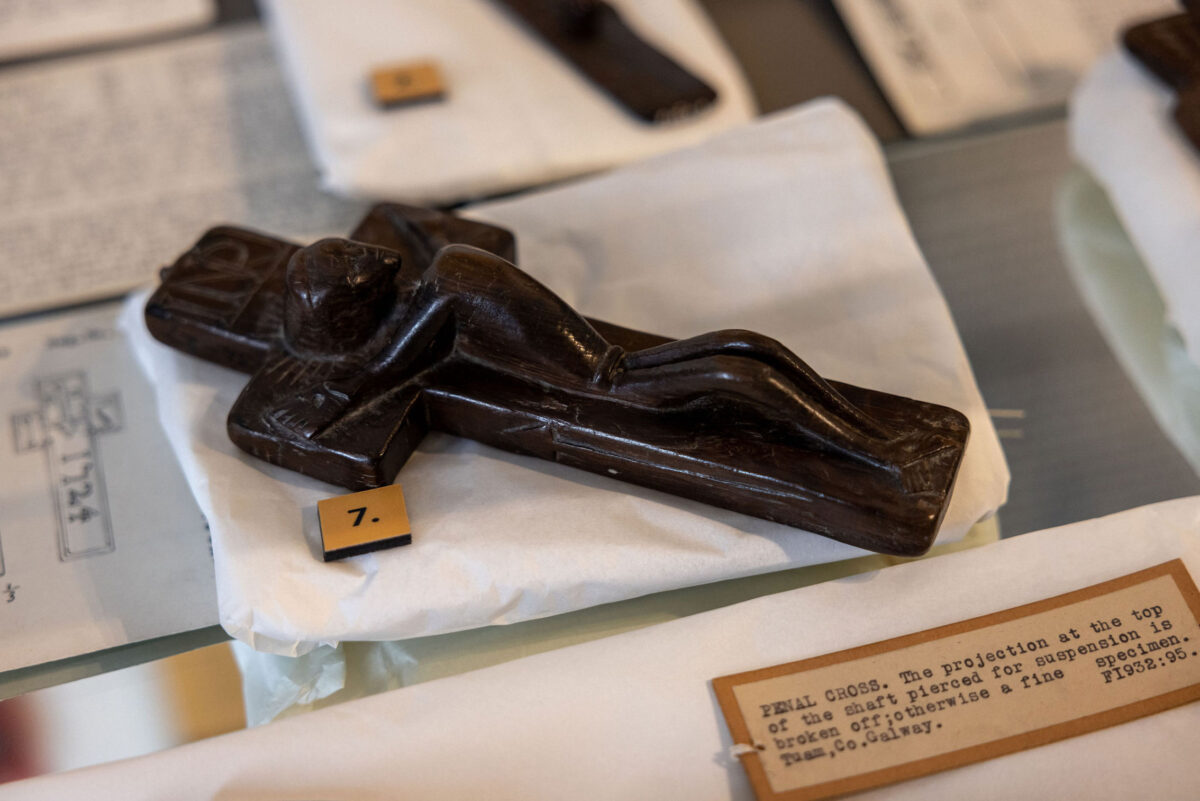 Ms Doyle said the Museum is delighted to display objects from the museum stores throughout 2022, as this is a significant year in the history of the museum.

“We moved the Irish Folklife Collection objects into our new Mayo home 21 years ago this September, creating the only branch of the National Museum of Ireland outside of Dublin.

“Our museum storage is like an Aladdin’s Cave of treasures so, throughout the year, we are taking out objects associated with each of the seasons.”

For autumn, they are displaying the penal crosses because this time of year was very much a time for pilgrimage, patterns (communal visits to holy sites) and prayer in folk tradition in Ireland.

“Many people went on pilgrimage to famous sites such as Croagh Patrick and Knock in Co. Mayo. The Lough Derg pilgrimage in Donegal, where these crosses originated, was as internationally popular in Europe in medieval times, as Santiago de Compostela in Spain.”

The crosses will be replaced at the end of October with a selection of 21 storage vessels over the winter season to conclude the Folk21 programme.