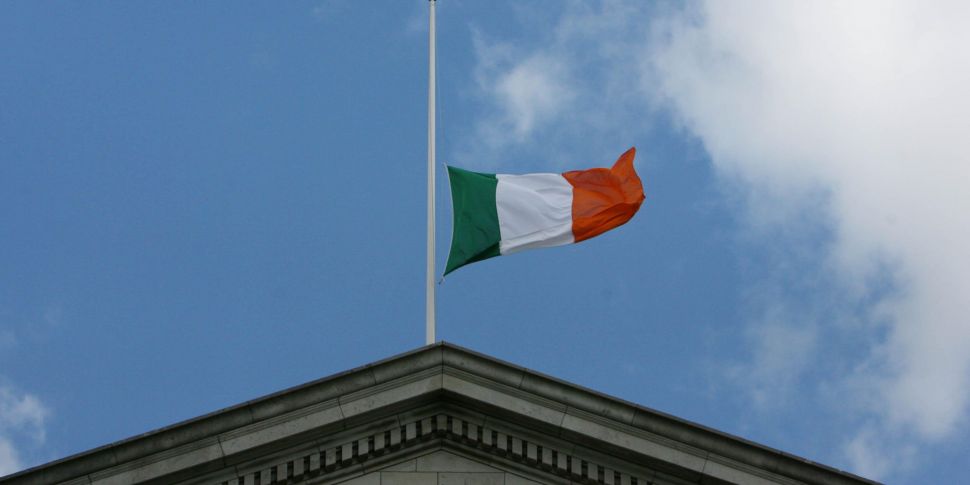 A local councillor has called on Donegal County Council to ignore a request from the Department of the Taoiseach to fly flags at half-fast on the morning of the funeral of Queen Elizabeth II.

The request was made to Donegal County Council and sent on to all departments including local councillors.

The request reads “I would appreciate if you could arrange for the flying, at half-mast, of the National Flag from all buildings, if any, under your control equipped with a permanent flagpole on Monday 19 September 2022, the day of the funeral of Her Majesty Queen Elizabeth II.

“Please note that if the EU flag is also flown from your building, this should be taken down while the National Flag is at half-mast.

“If you have a National Flag that is illuminated, it should be similarly half-masted on the day and then returned to full mast the following morning.”

He said he will be lobbying other councillors with a view to supporting him on his stance to ignore the request from the Taoiseach’s Department.

Councillor Mac Giolla Easbuig said “You’d think the government would have learned their lesson when they tried to honour the Black and Tans?

“The Queen of England had reigned for 70 years and overseen the slaughter of so many as the head of the British Army with their battle cry – for Queen and Country. They have invaded scores of countries from Africa to Asia.

“And now this council and country want to fly a flag at half mast for an individual who honoured the very commander who murdered innocents on the streets of Derry on Bloody Sunday and also overseen a British military who were heavily involved in the Dublin and Monaghan bombings?

“The Dublin Government defines itself, the 26 counties, as a Republic. The definition of a republic is to oppose a monarch and the existence of a monarch. The families of those who have lost loved ones at the hands of the British military will today be outraged at this idea.

“Also the idea that this woman was just a public figure like a nice old granny holding the hands with Paddington Bear is a very naive perception of her,” he said.

He also said he would be very interested in hearing from the stance of Donegal’s representatives in Leinster House on the proposal.

“The ideology of republicanism is as equal today as it was in 1916,” he added.