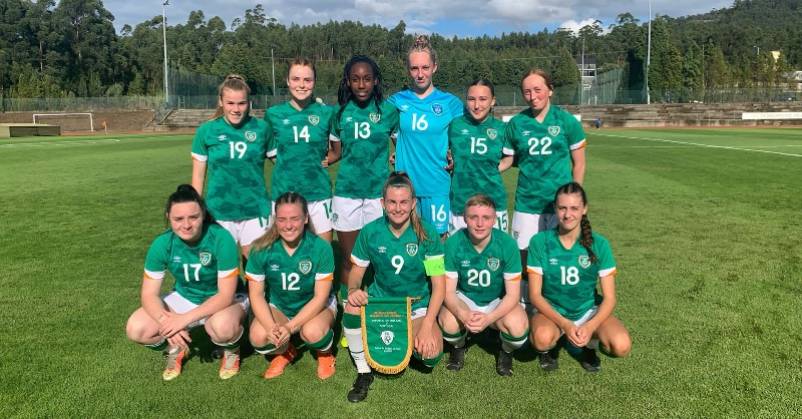 Emma Doherty captained the Republic of Ireland Under-19 side yesterday in their friendly against Portugal.

The Buncrana native was given the captains armband by manager Dave Connell for the second of two friendlies at the Centro de Estágios do Luso.

Doherty was the only player in the squad to start both games, which saw Ireland draw 0-0 on Tuesday, before losing 3-0 yesterday to the Portuguese side.

Inês Simas opened the scoring from the penalty spot inside two minutes, while Bárbara Afonso was played in to make it 2-0 inside the first half an hour.

Maria Ferreira made it 3-0 with a strike from the edge of the box.

The two games were in preparation for the upcoming UEFA Women’s Under-19 European Championship Qualifiers next month, which will see Ireland travel to Poland to take on the hosts as well as Northern Ireland and France.