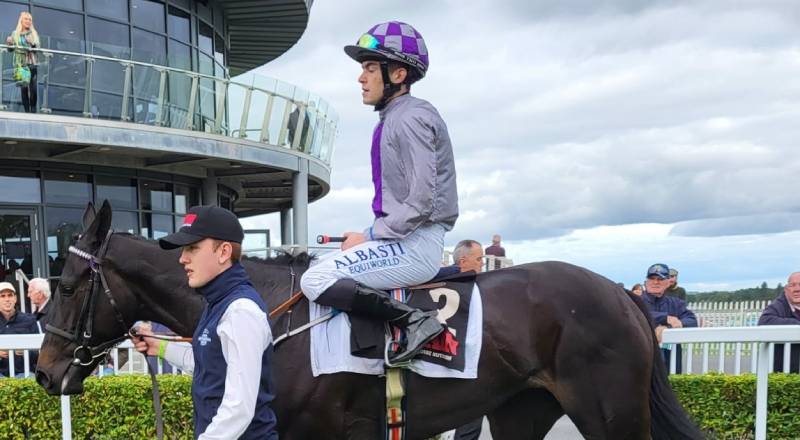 The Rathmullan man won on the Jim Bolger trained horse Aurifodina in the GAIN The Advantage Series Nursery Handicap.

The two year old Aurifodina was first of 19 by a neck in the one mile race from 7/2 favourite Malbay Madness and Wayne Lordan.

It’s a second win of September for McAteer, having won in Galway on 14/1 shot Gonetomillgrove two weeks ago.

Meanwhile, in England, Martin Harley was in the winners enclosure on Tuesday.

The Letterkenny native won on 12/1 shot Chanson D’Amour in Yarmouth.

Harley won by a head from Amasova for trainers Peter Charalambous and James Clutterbuck.