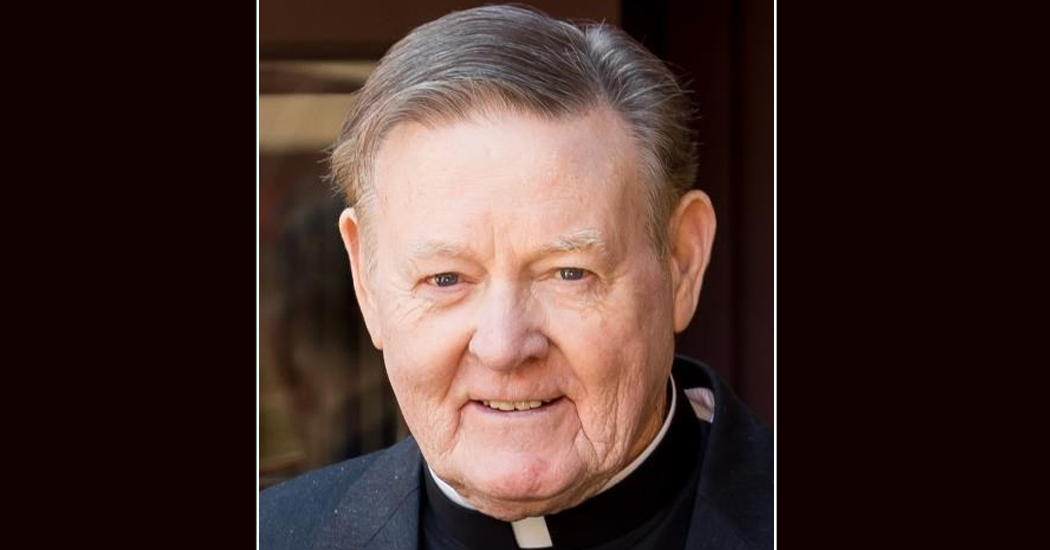 A Memorial Service will take place in Urris this Sunday to celebrate the life of Father Edward C. Doherty, of Urris, Clonmany.

Fr Doherty passed away peacefully in East Hampton, Connecticut on 13th May 2022, aged 86.

Fr Doherty’s ashes will be buried in his homeplace this Sunday 16th September. A service of remembrance will take place in St Michael’s Chapel, Urris at 10am followed by burial of ashes in the Family Plot in the adjoining graveyard.

Born on a farm in Urris, County Donegal, Ireland in 1935, Edward was one of ten children to Neal and Mary Doherty. He was predeceased by eight siblings MaryAnne Jordan, Cecile Doherty, Anthony Doherty, Phillip Doherty, Margaret Doherty, Susan Haswell, John Doherty and Sheila Doherty. He is survived by his sister Bridget Callan of Glastonbury and numerous nieces and nephews.

He was ordained as a priest in Connecticut in 1969. In addition, he held multiple graduate degrees from Catholic University and the University of CT.

In the 1970’s, Fr Doherty and Sister Siobhan Kelly, PhD founded Roncalli Institute with the mission of compassionate care for the elderly. Roncalli grew in the coming decades to over 35 elderly care facilities.

Father Doherty had a developer’s eye and an instinct that led to exceptional real estate acquisitions. None more visible than the acquisition of Saint Clements Castle in 1992. He then undertook a major restoration of the estate and its gardens. The property was soon donated to Saint Clements Foundation, Inc., a 501(c)3 non-profit to preserve the estate and its art treasures. The Foundation is now a key source of funding for its ongoing mission of charitable giving.

A Funeral Mass and Irish wake to celebrate the life of Father Doherty took place in Connecticut in May.

Memorial to be held for Donegal-born priest who passed away in the US was last modified: September 16th, 2022 by Rachel McLaughlin
FacebookTweetLinkedInPrint