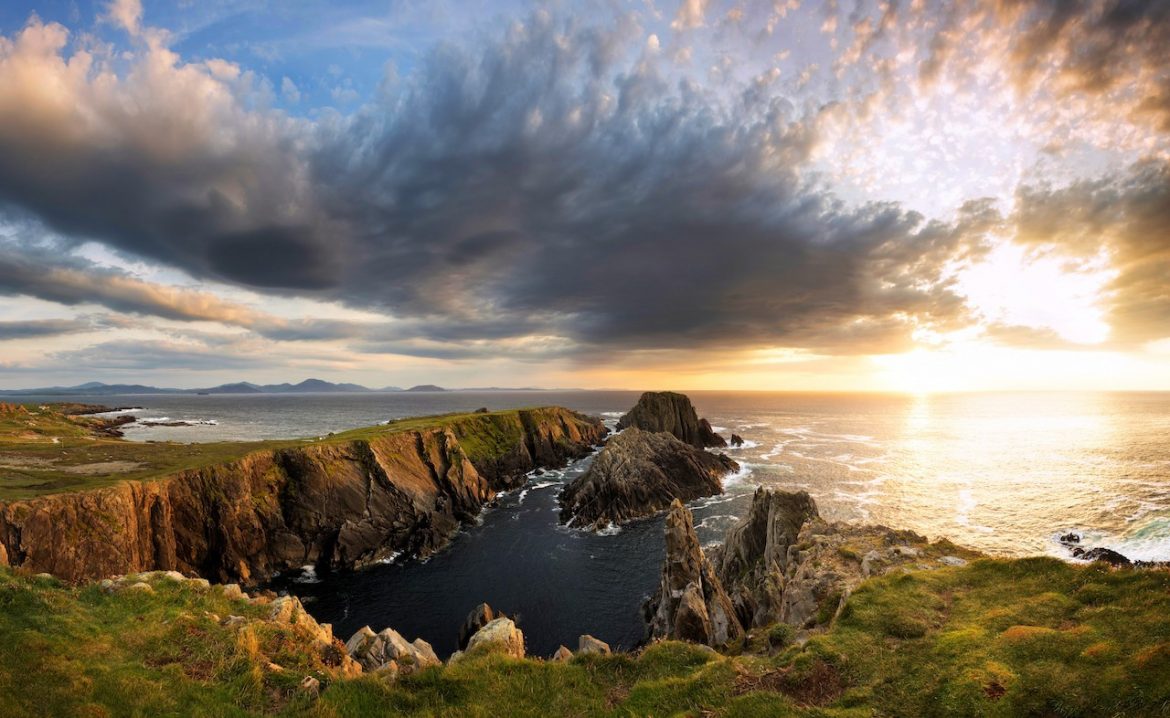 Meteorites may have landed in sea off Inishowen

Remnants of a fireball that blazed across the sky on Wednesday night may have landed in the water off the Inishowen peninsula, according to experts.

A trajectory of the meteor’s path shows that meteorites, if they reached earth, would have landed in the Atlantic, north east of Ireland’s most northerly point and south of the Hebrides.

Hundreds of eye witnesses across Scotland, Northern Ireland and Donegal reported the brilliant fireball streaking across the sky at 10pm on Wednesday night.

The UK Meteor Network said the end was not observed on their cameras, but it definitely ended over the North Atlantic Ocean some 50-100 km west of the Isle of Islay.

Based on the data from the UKMON analysis at https://t.co/x2l0gtFEac it looks as though any material would have fallen into the sea pic.twitter.com/v7zSSQESzE

The network is confident that the phenomenon was a small part of an asteroid.

A meteor is a streak of light in the sky caused by a meteoroid crashing through Earth’s atmosphere.  Meteors that don’t burn up in the atmosphere strike Earth’s surface and are then called meteorites.

The UK Meteor Network confirmed that the meteor came on asteroidal orbit and entered the atmosphere at 14.2 km/s. The observed portion of the trajectory covered over 300 km.

“If any meteorites did fall, they ended up in the ocean” experts say.

Meteorites may have landed in sea off Inishowen was last modified: September 16th, 2022 by Rachel McLaughlin
FacebookTweetLinkedInPrint