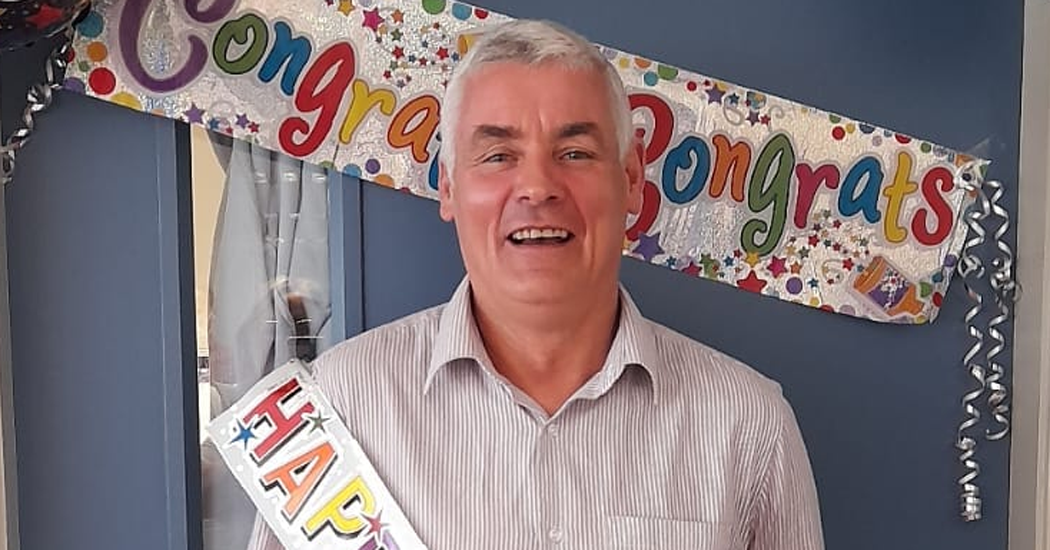 Andy McGranaghan celebrates 40 years of friendships on retirement from HSE

When the telegram came from St Conal’s in the summer of 1982, young Letterkenny man Andy McGranaghan was cleaning windows just down the road in Iona.

His mother Kathleen had put his name down for a summer job at the hospital. When the offer came, Kathleen and Andy Snr drove up to Iona to tell Andy he had a start. It was a two-week placement with the domestic team.

Little did Andy know that those two weeks would extend into 40 years of service with the HSE. He began working in various manual roles before progressing into administration, where he has made an indelible mark.

Andy’s decades with the health service were filled with good memories, great friends and funny tales, all of which he is celebrating this week on his retirement. 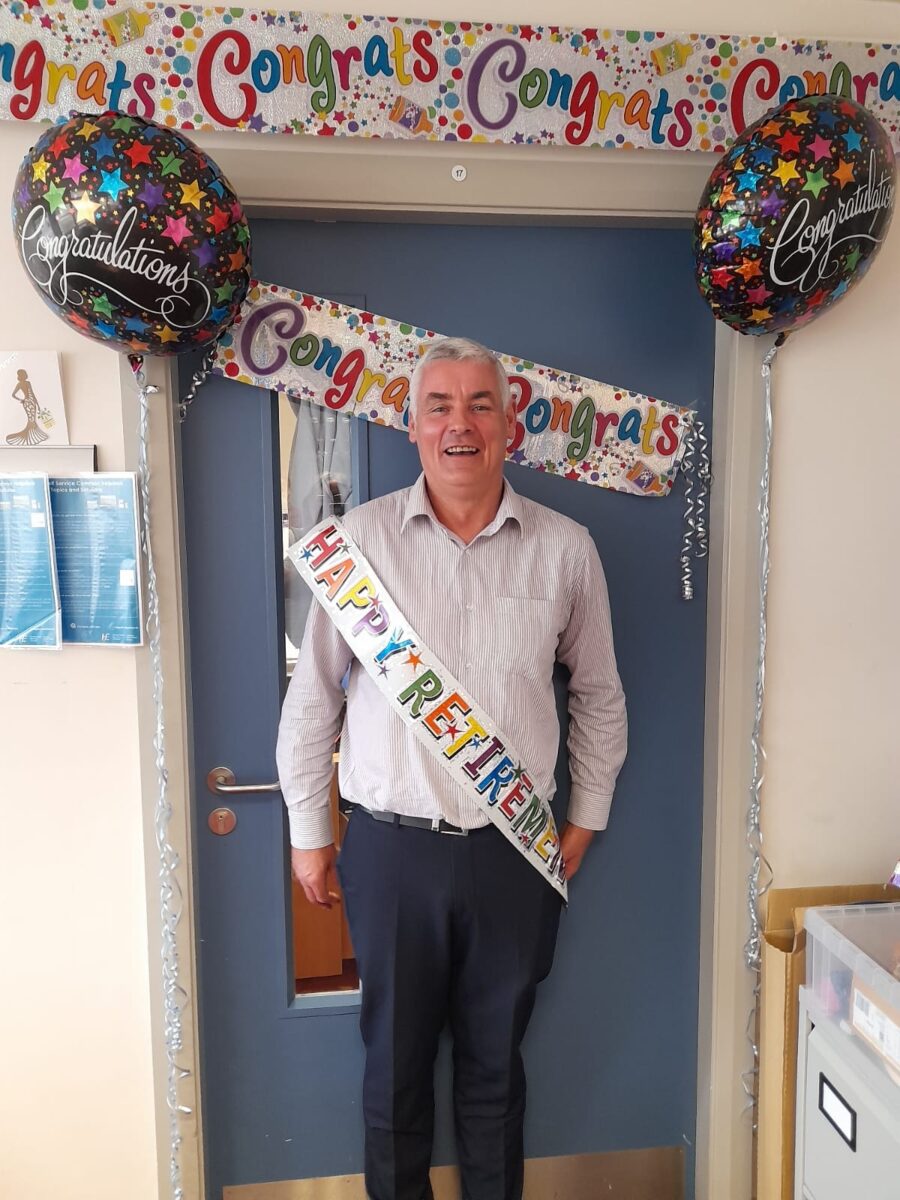 The Letterkenny man is well-known in many circles – in comedy, in drama and even walking the town circuit!

But he’ll not be putting his feet up just yet. There are holidays to enjoy and Caminos to conquer.

Andy says his job with the HSE was “like winning the lotto”. In 1984 he was working in the laundry when he was offered a permanent role, and with it, the security of “a good pensionable job”. From there, he worked in the boiler house and portering before going back to education with the ambition of working in administration. His night classes at the LYIT and studies at the Institute of Public Administration in Dublin paid off, and since securing a place in the clerical section, he has applied his skills to almost all aspects of the inner workings of the HSE. In more recent years he has been working in older people’s services between Letterkenny and Stranorlar.

“The joy of working 40 years is that you make a lot of friends, and you are exposed to a lot of different people,” Andy says. “Maybe during the time you are there you take each other for granted, maybe only in the last few years you realise how big a part people played in your life and the encouragement you got from them all. I never met a manager yet who tried to hold me back and I am very grateful for that.”

The work has changed a lot over the years, Andy says, as he recalls how the manual pay sheets evolved into the SAP system. Covid-19 too was a huge stresser on the entire system.

Although Andy was not on the frontline, his son Kevin works in the hospital, and he could see the impacts all around him.

Andy said: “We were all aware of the pressure in the acute sector, particularly at the start, so many people were suffering, and people lost relatives which will always be very difficult. I had a lot of interaction with the community hospitals through older people’s services and they were heavily impacted. Although we were in administration, we were involved in a lot of reporting at the time, and then later with vaccine centres and clinics.”

Andy has a lot of people to thank for their support throughout his career and for the well-wishes on his retirement. There are too many to name, he says, in fear of leaving anyone out.

“I really appreciate the friendships over the years, with every one of my work colleagues, residents and services users. I was lucky to get educated through my work and it’s made a big difference from when I was 18 to 58 now. It helped me to grow to be a better person,” he said.

“In my whole 40 years, I could count the negatives on one hand. The positives were 99% of the time and we had great camaraderie.

“I am very grateful for all the staff and the people I met along the way, particularly for the people who have since passed.”

Retirement creates more time for Andy to spend with his wife Pamela and to focus on his passions for theatre, family and exercise. There are a few more goodbye lunches, teas and laughs to be had with his colleagues, and after that, he’ll have all the time in the world to dote on his two grandchildren, Rachel and Evie, and to look forward to a great big family celebration as his youngest son Mark prepares to wed Emer O’Brien from Carndonagh.

Wishing you many happy and healthy years of retirement Andy!