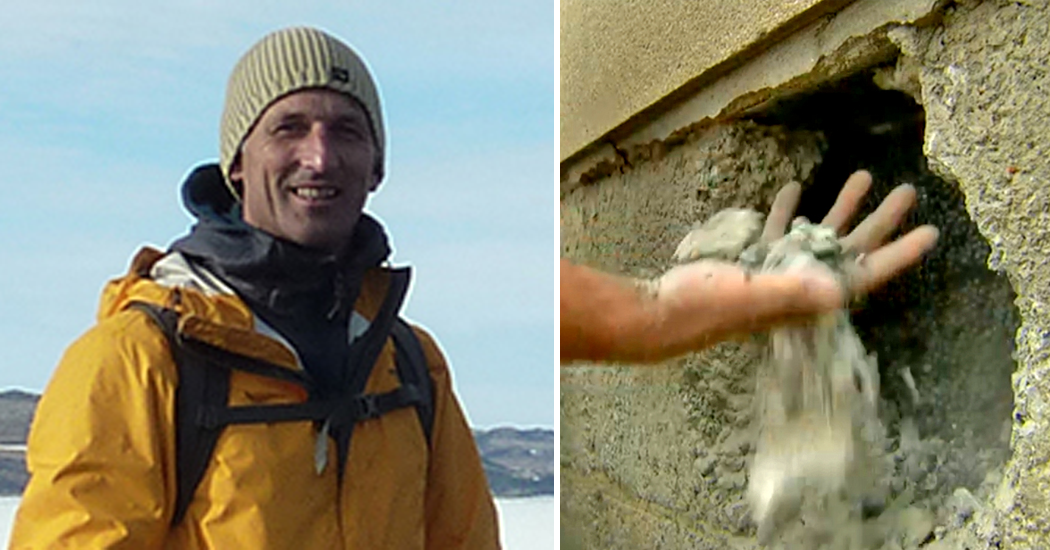 More than Mica: Defective block study to be unveiled at major conference in Germany

An international science and construction conference is set to hear the results of a groundbreaking study into Mica/defective concrete affected homes in Donegal.

The study, carried out on four homes in Inishowen that were condemned under the current grant scheme, found that the deterioration of concrete blocks is not simply a ‘mica’ problem. The pyrrhotite mineral in concrete blocks, when exposed to oxygen and moisture releases sulphur which turns into sulphuric acid, which attacks the cement hydrates and creates secondary sulphate minerals called ettringite, thaumasite and gypsum that are well known to destroy concrete. The study found that the internal sulphate attack is what is destroying the ‘glue’ that keeps the concrete block together, resulting in the harmful cracking and crumbling of homes.

Professor Paul Dunlop, a geographer at Ulster University, teamed up with Swiss concrete scientist Dr Andreas Leeman from EMPA to carry out the research. The results will be presented at the 4th International Conference on the Chemistry of Construction Materials in Karlsruhe, Germany on 28th September. It will be the first purely international academic conference where the Pyrrhotite problem in Donegal will be discussed. 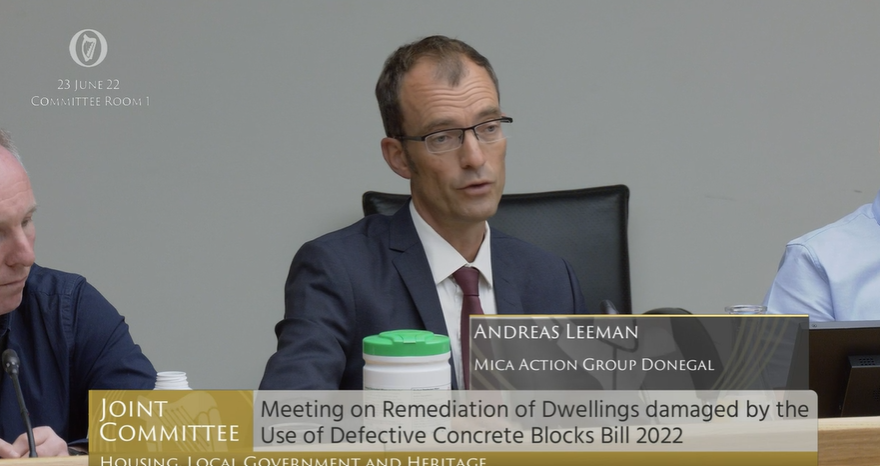 Prof Dunlop told Donegal Daily: “We think this is really important science and it is important to have it known internationally to allow the international scientific community to scrutinise our study and create awareness internationally of the large-scale failure of concrete blocks in Ireland.”

Prof Dunlop said that the ICCCM is a good outlet for the research team, as they will be presenting to research teams who are involved in cutting edges scientific research in chemistry and its impact on construction materials.

“We know there will be a good international audience of experts there and it may bring further international attention to the Irish problem. We feel it is important to reach out to the wider academic community to try and get people interested because this is a very serious societal problem. It’s impacting massively in communities across Donegal and other parts of Ireland because it is known to be a problem that’s spreading to other counties and we really need to get to the root cause of the problem.”

In March 2022, Prof Dunlop also brought together top scientists from around the world as part of a webinar on the impact of defective concrete blocks on family homes at the EU Parliament that was hosted by The Left in the European Parliament.

The Ulster University and EMPA Swiss Laboratories team are fully committed to keep researching the defective concrete block issue, Prof Dunlop said. He added that it is vitally important to continue to conduct robust science to ensure that we fully understand the nature of this problem and to openly share the results with government and other researchers looking at this issue to ensure this never happens again.

More than Mica: Defective block study to be unveiled at major conference in Germany was last modified: September 18th, 2022 by Rachel McLaughlin
FacebookTweetLinkedInPrint