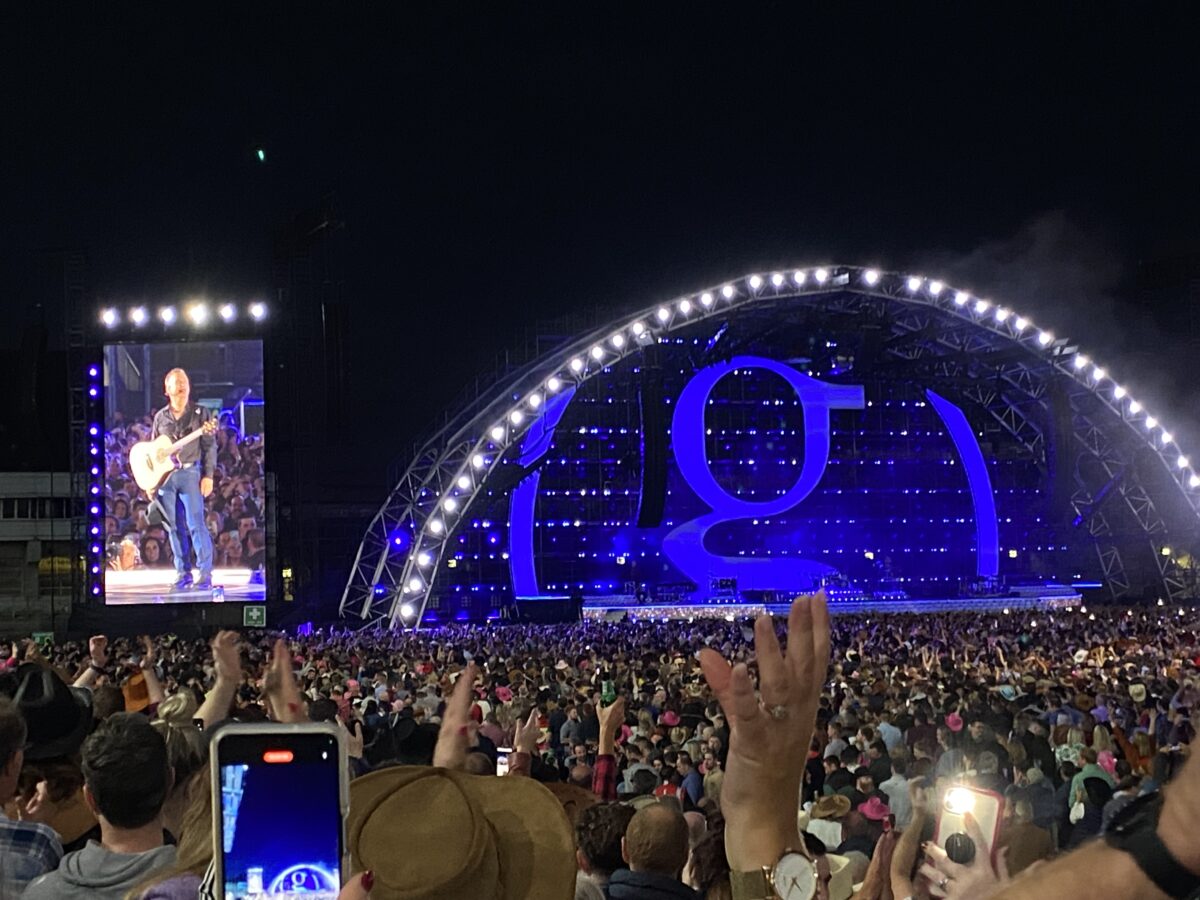 Garth Brooks is coming back – for a Tour of Ireland!

Garth Brooks has told tens of thousands of fans he is planning to return to Ireland and may even play a national tour!

Thousands of Donegal fans traveled to Croke Park after almost half a million fans saw the singer bring the roof down during five concerts.

Now he has hinted that he’ll be back and could play lots of smaller venues.

He told fans “I’ll be back. I don’t know in what form but I will be back.

“I don’t know when or the venue but I love Ireland so much I would play in a field. I like the way Ed Sheeran played Croke Park and then played a tour around Ireland.

“Once you’ve tasted it, like I have with these five shows, you want to come back here quick enough.

“What you guys give an artist like me in Ireland you can’t get it anywhere else on the planet.

“As someone who does this for a living , any chance to play here I would love.”

Garth Brooks is coming back – for a Tour of Ireland! was last modified: September 18th, 2022 by Staff Writer
FacebookTweetLinkedInPrint