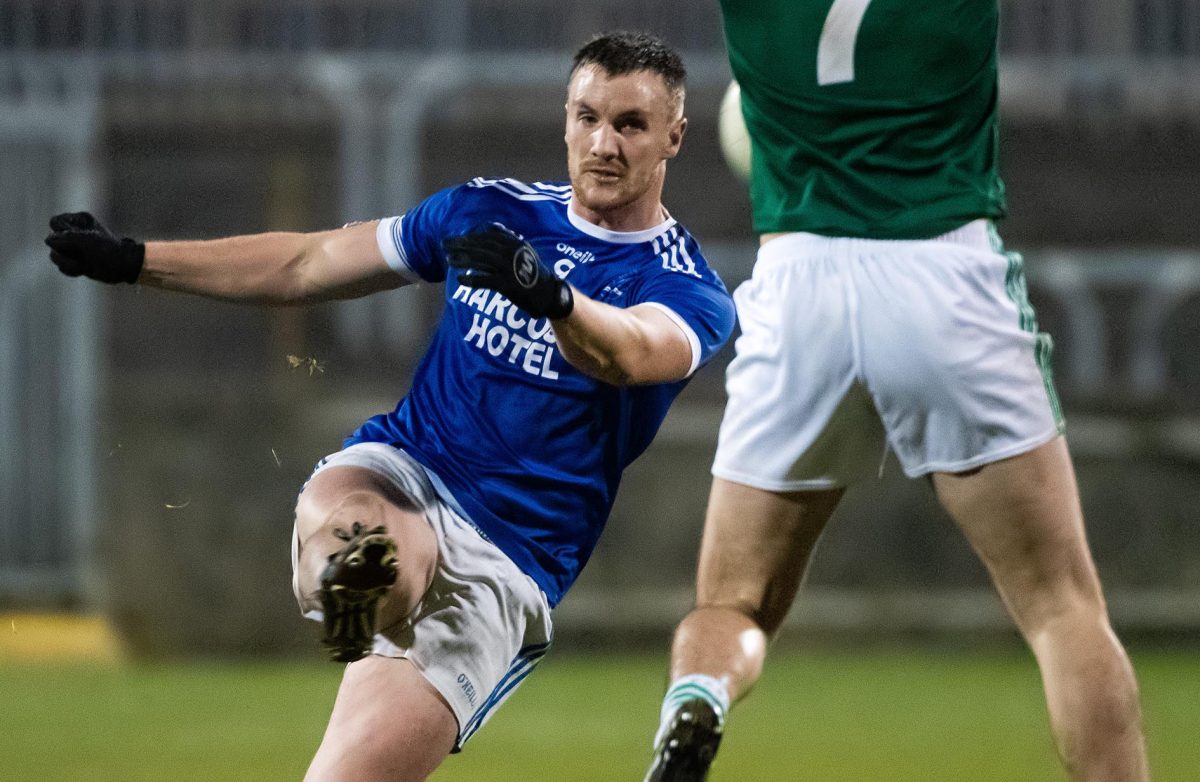 Leo McLoone’s late goal ensured that Naomh Conaill make up the final four of the Donegal SFC with a six point win against Glenswilly in O’Donnell Park.

Despite the scoreline, it was a game that could have went either way until the final five minutes when McLoone’s strike hit the back of the net.

Glenswilly were 0-6 to 0-4 up at half-time, and with eight wides and a shot drop short, they would have been frustrated not to take a bigger lead in at the break.

Naomh Conaill were quick to turn the score around in the second half, as Eunan Doherty’s goal and a McLoone point had them two points ahead within two minutes of the restart.

The game started at a frantic pace and within the first 20 seconds Naomh Conaill could have pointed but the ball dropped short.

At the other end, a Glenswilly goal chance was well saved by Stephen McGrath as Cormac Callaghan’s long ball into Michael Murphy and McGrath got down well to stop his fisted effort towards goal.

McGrath could only push the ball out for a 45 however and Murphy took his chance to open the scoring.

Charles McGuinness got the next score on 10 minutes from a free out left which he fired straight over the black spot.

McGuinness did the same again minutes later but Shane McDevitt pointed in between for Glenswilly after Caoimhin Marley’s long ball was played down by Murphy to McDevitt.

Glenswilly raced into a three point lead after two Murphy frees while Marley scored a great point from play after patient build up from Pauric Bonner’s side.

Ciaran Thompson had the Glenties men within a point after a free and a quick turn and score just before half-time.

But Jake Kelly provided a great run in stoppage time and the long ball in allowed Murphy to take an advanced mark.

It was 0-6 to 0-4 at the break but Glenswilly would have been disappointed they didn’t score more, with nine misses in the first half.

And that disappointment would have turned to frustration quickly into the second half as Leo McLoone pointed in the first 30 seconds.

Naomh Conaill won the kick-out and countered with Jeaic Mac Ceallbhuí racing through before squaring across to a free Eunan Doherty who palmed it into the empty net.

Ciaran Thompson got a third score and a second free from the right but a great Kealan Dunleavy point put two points in it.

Ethan O’Donnell pointed from play but another advanced mark from Murphy kept Glenswilly within reach.

Murphy got Glenswilly within a point with just over 10 minutes to go before John O’Malley got his first score of the game to make it 1-8 to 0-9.

The decisive score came after good Naomh Conaill play and Ciaran Thompson’s shot was blocked by substitute keeper Philip O’Donnell and Eamon Ward prevented the ball going over the line, but Leo McLoone was on hand to fire into the net.

Glenswilly needed a goal with five minutes remaining but Murphy’s free was their last score of the game.

AJ Gallagher and Eoin Waide put some gloss on the scoreline in what was a close contest until the final five minutes of the game as Naomh Conaill prevailed by 2-10 to 0-10.

Naomh Conaill join Kilcar, Gaoth Dobhair and St. Eunan’s in the final four of the competition with the draw taking place in MacCumhaill Park after the second Intermediate semi-final.