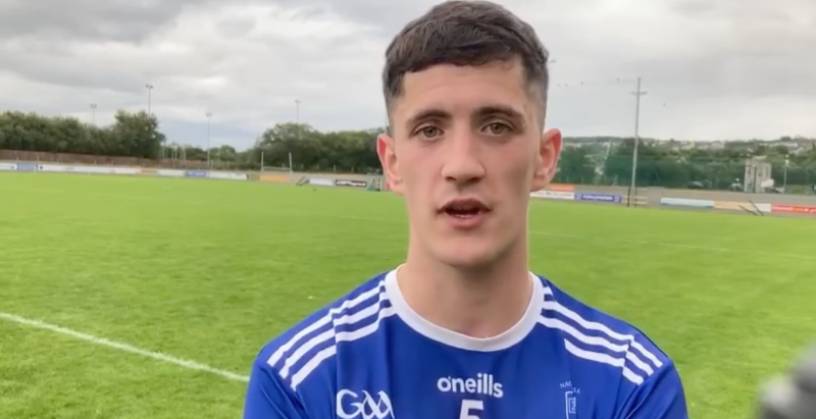 Ethan O’Donnell was delighted to get over the line against a ‘dogged’ Glenswilly side as Naomh Columba move into the final four of the Donegal Senior Football Championship.

But the man of the match, who scored a point while being at the heart of the second Naomh Conaill goal which sealed the eventual 2-10 to 0-10 win, was disappointed with their first half performance.

Glenswilly went into the half-time break 0-6 to 0-4 ahead and with eight wides, Naomh Conaill couyld count their blessings they weren’t further behind

“We didn’t show up ourselves, everything wasn’t clicking right but in the second half we had a purple patch.”

Meanwhile, Glenswilly manager Pauric Bonner was disappointed his side didn’t convert more of their first half chances, but said he couldn’t fault his side this season: