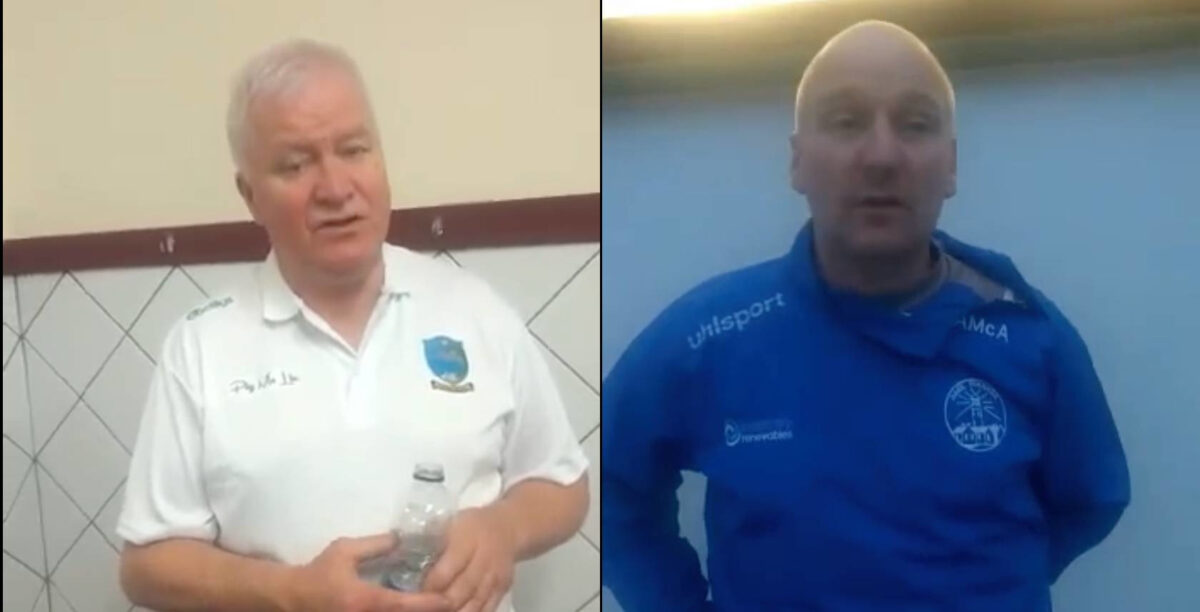 Naomh Columba defeated Gaeil Fhánada in what was an exciting IFC semi-final at Mac Cumhaill Park.

Aaron Doherty converted from the penalty spot just before half-time when Gaeil Fhánada could have had a goal at the other end.

Kevin McNern scored two in a couple minutes, but it was quickly cancelled out by goals from Mark McAteer and Michael Sweeney at the other end.

Ryan Gillespie added a fourth goal in injury time to ensure Naomh Columba return to the final and they will face Dungloe.

Both managers spoke to Ciaran Cannon after the game.