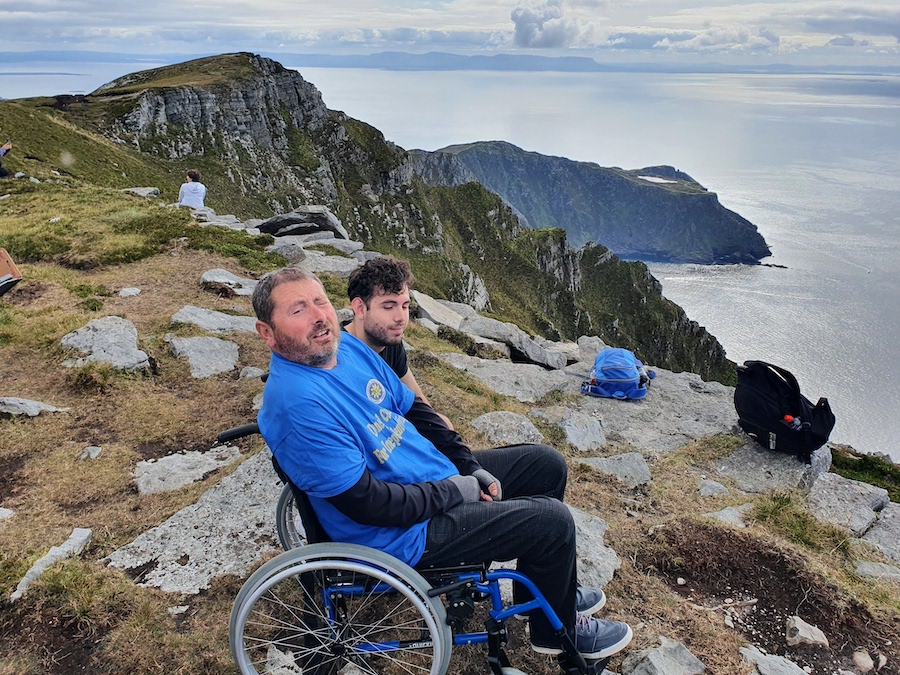 A Donegal man has conquered the summit of Europe’s highest sea cliffs in his wheelchair.

Paul Dawson, 55, launched his mission to scale Sliabh Liag earlier this year as he wanted to “move mountains” for disabled people.

He is also raising funds to purchase a 4×4 Off Road Powered Wheelchair to access the beautiful Blue Flag beach on his doorstep at Narin.

Paul reached the top of Sliabh Liag this weekend with the help of a personal team of helpers and local guides.

They were aided by a group of 16 young Ukrainian people who have spent the past six months living in Killybegs.

“I don’t know whether to laugh or cry… it’s such a relief to get here and know what we’ve just done. The views are breathtaking and it’s something that I will always remember. It’s been a great team effort and I’m just so proud of everyone.

“We discovered when we first planned this trip that no one in a wheelchair had ever been to the top of Sliabh Liag and yet here we are. We have the photographs and it’s all down to you guys. Well done,” he said. 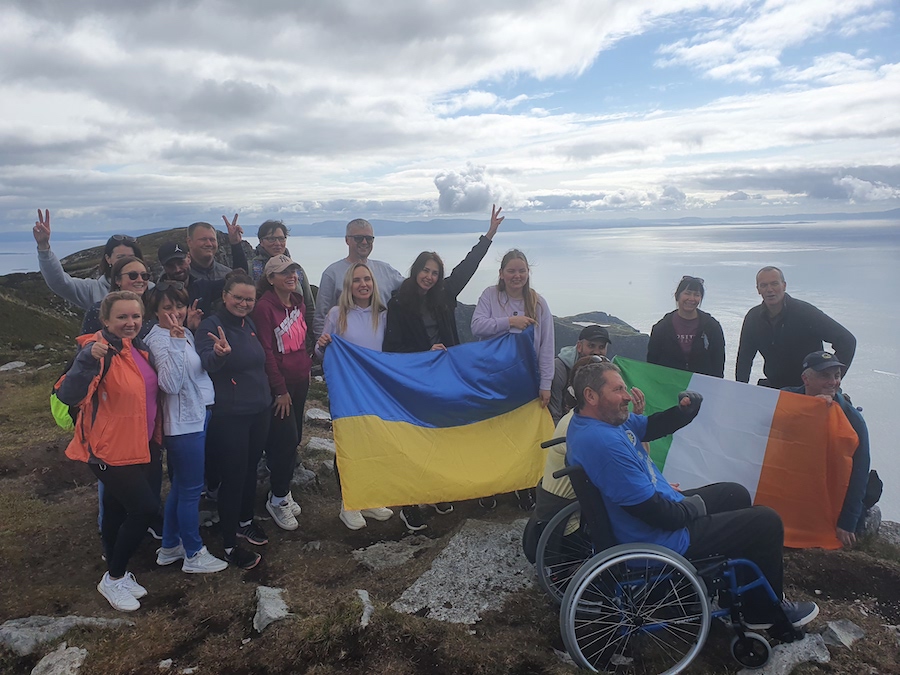 “It’s amazing what a guy in a wheelchair can do with the help of all you guys. I don’t often get emotional but it’s fantastic. It’s amazing. A great team effort. Up Ukraine and up Ireland,” he added.

While Paul and his friends climbed a mountain on Saturday afternoon, he admitted that they now need to move a few more mountains to get what is needed in terms of accessibility.

“Don’t write somebody off just because they’re in a wheelchair, look at what they can do when they’ve got the right help and support as we’ve shown here today,” he said.

Mr Dawson, who lives in Narin with his wife Julie, is a retired health and safety officer with the Fire Service and worked in Northern Ireland, Wales and England.

He went to school in Glenties and came back here to live three years ago after retiring early from the fire service. Paul has multiple sclerosis (MS) and uses the chair all the time now.

Earlier this year he spearheaded a campaign which led to Narin becoming the first beach in Europe to have a fully-fitted Changing Places step-down toilet facility.

“While I have a hoist at home, this new facility is making a world of difference to people from home and abroad who come to Donegal on holiday,” he said. 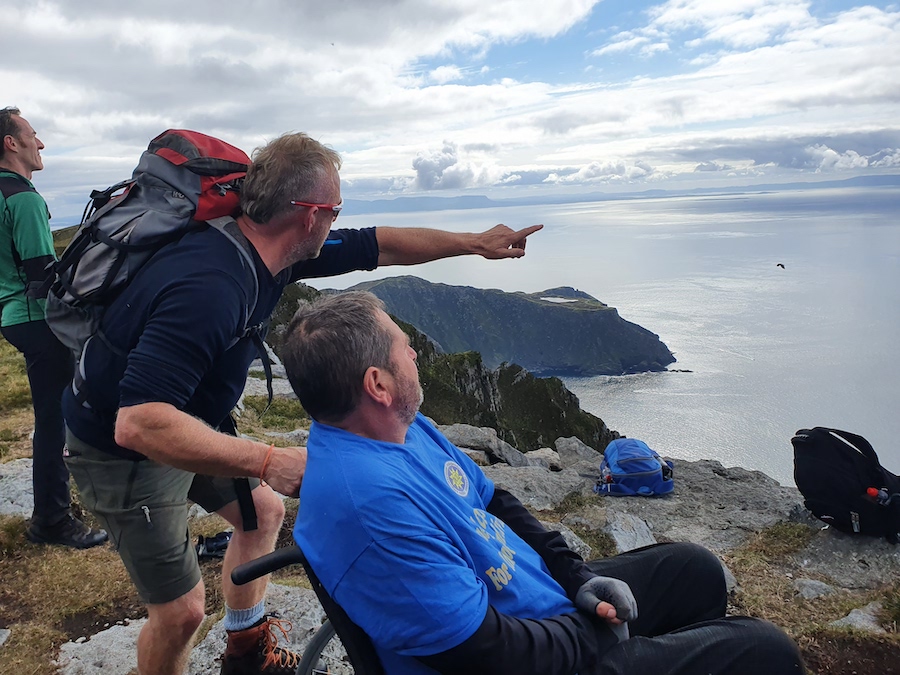 The purchase of the 4×4 Off Road Powered Wheelchair will be another first for any beach in Ireland.

“It’s part of our ongoing efforts as a community to develop the area as a fully accessible holiday destination. The use of this chair will be free of charge to anyone who requires accessibility to the beach due to limited mobility.

“We firmly believe that this is a fundamental human right to be able to have full independent accessibility to as many public areas as possible, and supporting this goal will realise this dream for many,” he said.

The local community are hosting a series of fundraising events to help reach their target.

Any donation received, big or small, will be greatly appreciated and make a big difference.

To make a donation go to https://www.gofundme.com/f/4×4-off-road-wheelchair