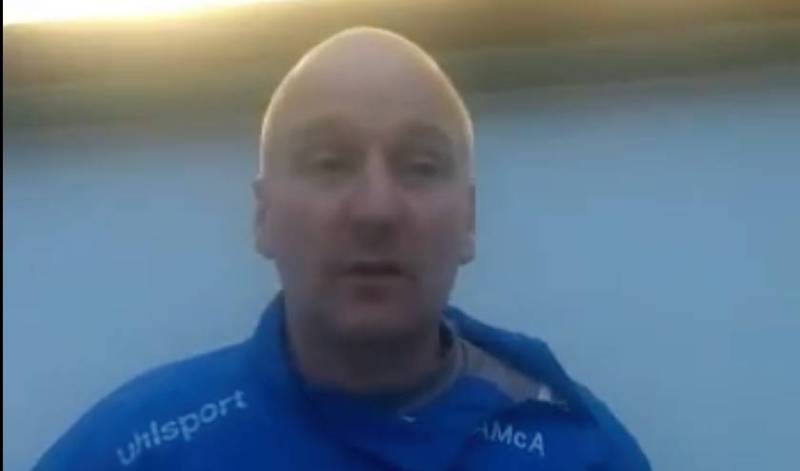 An incident occurred before half-time which saw an umpire bring it to the attention of referee Val Murray, which saw the Aodh Ruadh referee speak to a player from each team.

A melee between both sides then occurred at full time with both sets of teams having a number of players involved following Naomh Columba’s 4-11 to 2-9 win over the Fanad club.

The Donegal CCC await the referee’s report from Val Murray before taking any further action on the matter.

But Gaeil Fhánada manager Aidan McAteer was disappointed with the ‘sledging’ during the game before half-time and the incident at full-time.

McAteer said after the game: ‘There was a bit of nasty sledging going on, I was no saint myself but the line seemed to be crossed.

“Things boiled over at the end and there’s only so much sledging people can take, maybe it’s something we’re going to have to look at and it goes on a lot.”

Completely uncalled for, very disappointed that Glen would do something like that, but look, we’ve been beat fair and square, Glen were the better team on the night there’s no two ways about it but that was disappointing from our point of view that something like that would happen.”