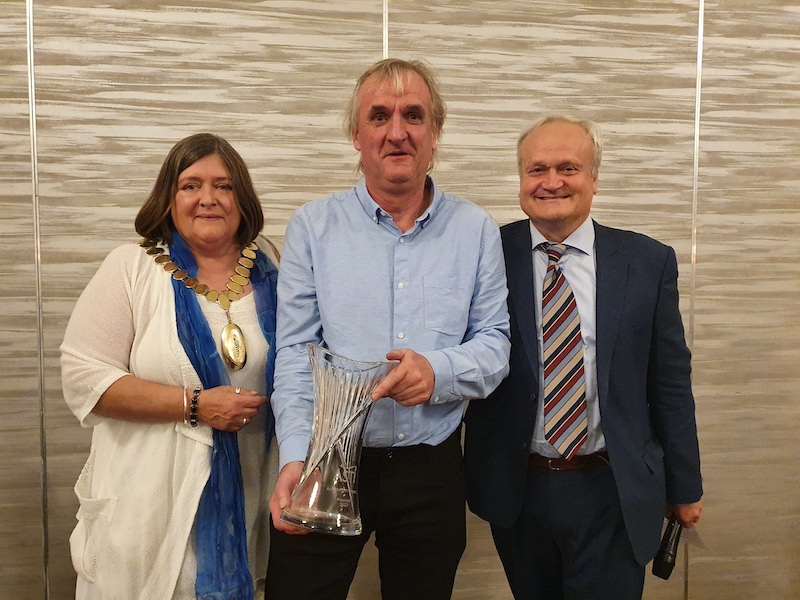 A well-known Donegal teacher has received a 2021 ASTI Achievement Award in recognition of his contribution to his school community and to sporting in Ireland.

The Achievement Award, which could not be presented during the pandemic, was presented to Ollie Horgan at a reception in the Radisson Blu Hotel, Letterkenny on Friday, September 16th.

Mr Horgan will also be known as the manager of Finn Harps.

Mr Horgan, a teacher at St Eunan’s College in Letterkenny, has been manager of the Donegal League of Ireland team since 2013, helping the team to compete at the highest level despite having fewer resources than other teams.

Ollie is also involved with coaching the Republic of Ireland schoolboys and coaches his own school’s soccer team.

The ASTI Achievement Awards recognise the outstanding contribution of second-level teachers to their students, schools, communities and to society.