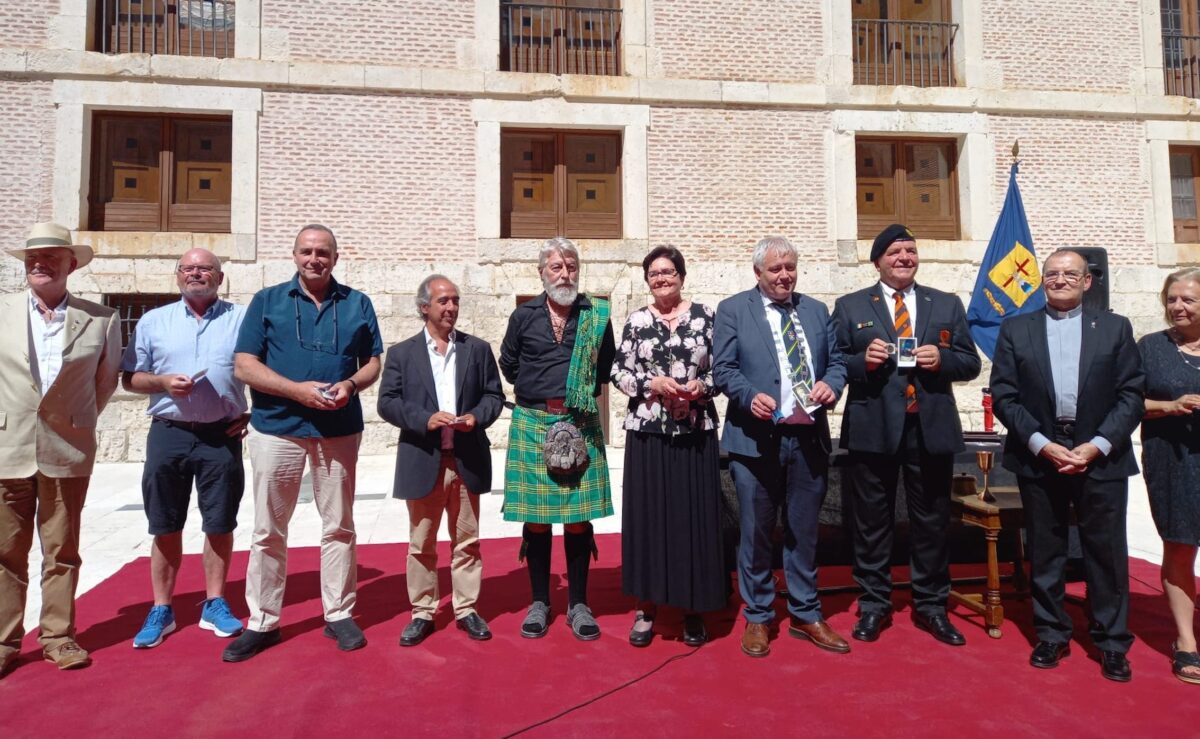 Cllr. Martin Harley, of the Lifford Stranorlar Municipal District, attended a series of events in Valladolid and Simancas on the weekend of 10th September.

The Irish Chieftain died on September 10, 1602, in Simancas Castle aged 29, and was given a royal burial in the former chapel which has also housed the remains of Christopher Columbus.

“I am very proud to be here today representing Donegal County Council and the people of east Donegal, the birthplace of Red Hugh O’Donnell, on this the 420th Anniversary,” Cllr Harley said. 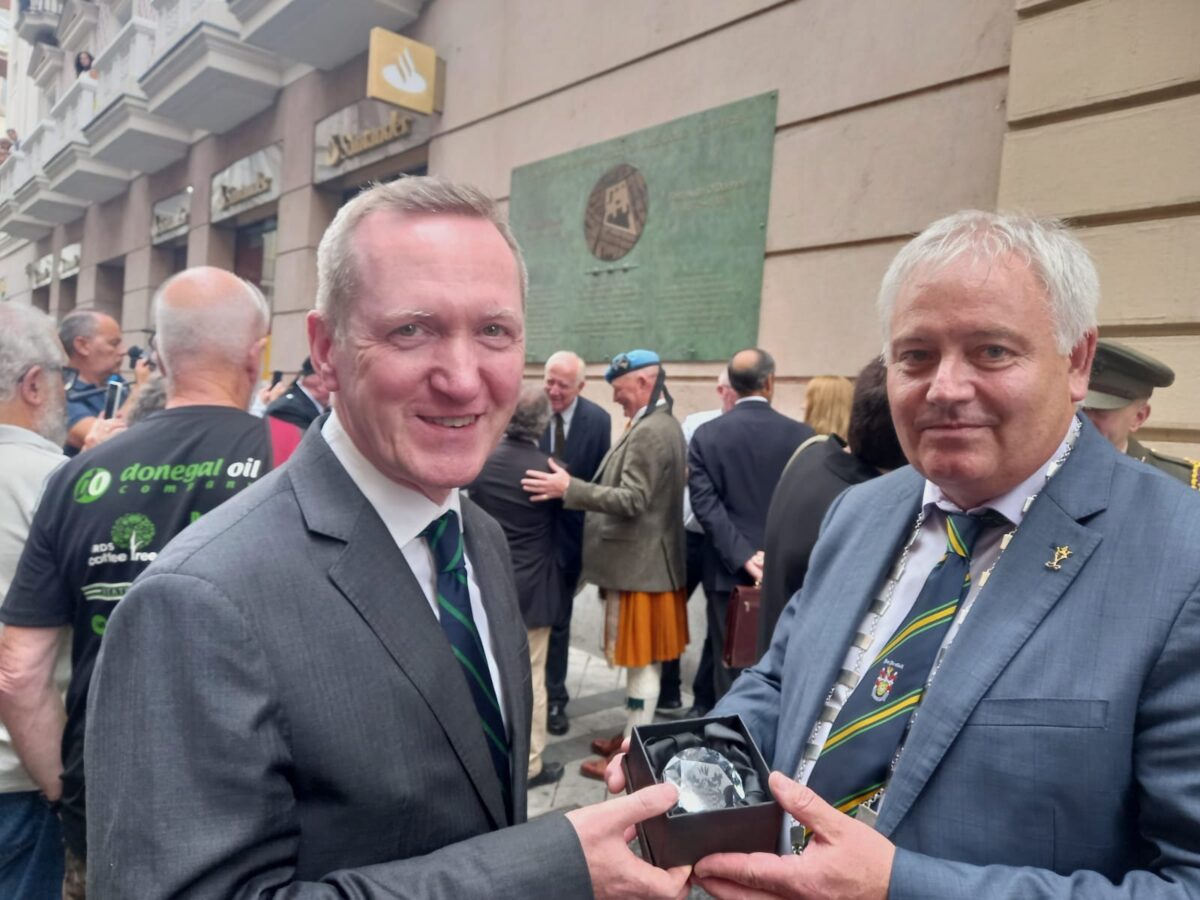 He acknowledged and thanked the Red Hugh O’Donnell 420 Committee, with a special word of thanks to Eddie Crawford and Brendan Rohan.

Both men have done Trojan work at local level in Donegal, in keeping the history of Red Hugh (The Fighting Prince of Donegal) very much alive.

Cllr Harley thanked Carlos Burgos, the President of the Hispano Irish Association for his ongoing engagement with the Officers of Donegal County Council on this historical event.

“Two of the highlights were the unveiling of the Commemorative Plaque in honor of Red Hugh in the San Franciso Convent Excavation area in Valladolid, followed afterwards by the Funeral Historical Reenactment of Red Hugh from the Royal Palace to the San Francisco Monastery.”

Whilst the search for the remains of Red Hugh continues, the council has formed close links with the committee and the people of Simancas and Valladolid. 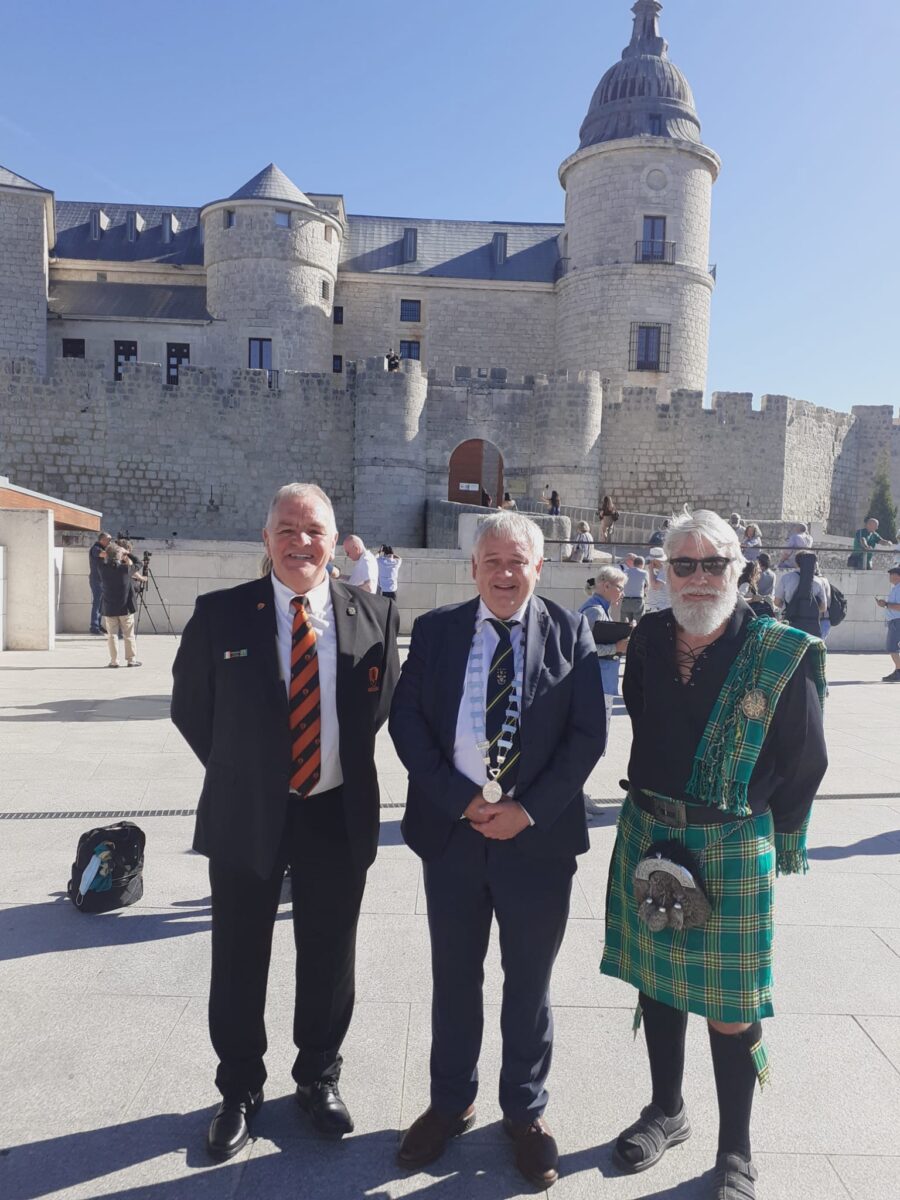