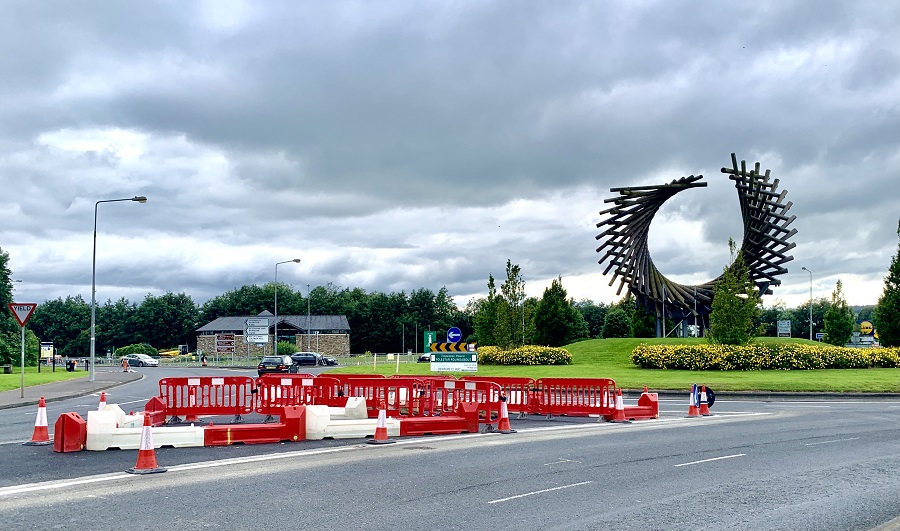 The Four Lane road safety project on Letterkenny’s busiest road has been hit with another delay, it has emerged.

The new road layout between the Polestar and Dry Arch roundabouts was due to be completed in August 2022.

However, new issues have arisen to push the end date potentially back to March 2023.

Global supply and inflation from international events have created extra issues for the contractor, Letterkenny-Milford MD councillors were told today.

Works on the road and footpath are up to 80% complete, with the majority of works taking place quickly following Covid-19 setbacks, but current issues are affecting the retaining, flood defence and boardwalk structure adjacent to the River Swilly at the northern end of the scheme. The contractor had made an attempt to draw up an alternative design to solve the issues but this was unsuccessful.

While the works will be “substantively completed”, councillors have been told that the structure and associated elements will not be completed until the end of quarter one 2023.

“While this is disappointing it was inevitable given the significant and unprecedented external factors at play,” a statement from the Letterkenny-Milford MD said.

“All parties are working together to minimise and avoid impacts on the public wherever possible. Works will have an early shut down from the period of 16th December to 1st week in January to allow free movement of Christmas traffic.”

To date the works have been carried out with significant work restrictions to ensure the minimum disruption to traffic flow while also ensuring the safety of both workers and the general public.

The first sod was turned on N56 Four Lane Road Project in June 2021. The project was originally due to begin in Autumn 2020, but progress was brought to a halt when the pandemic hit.