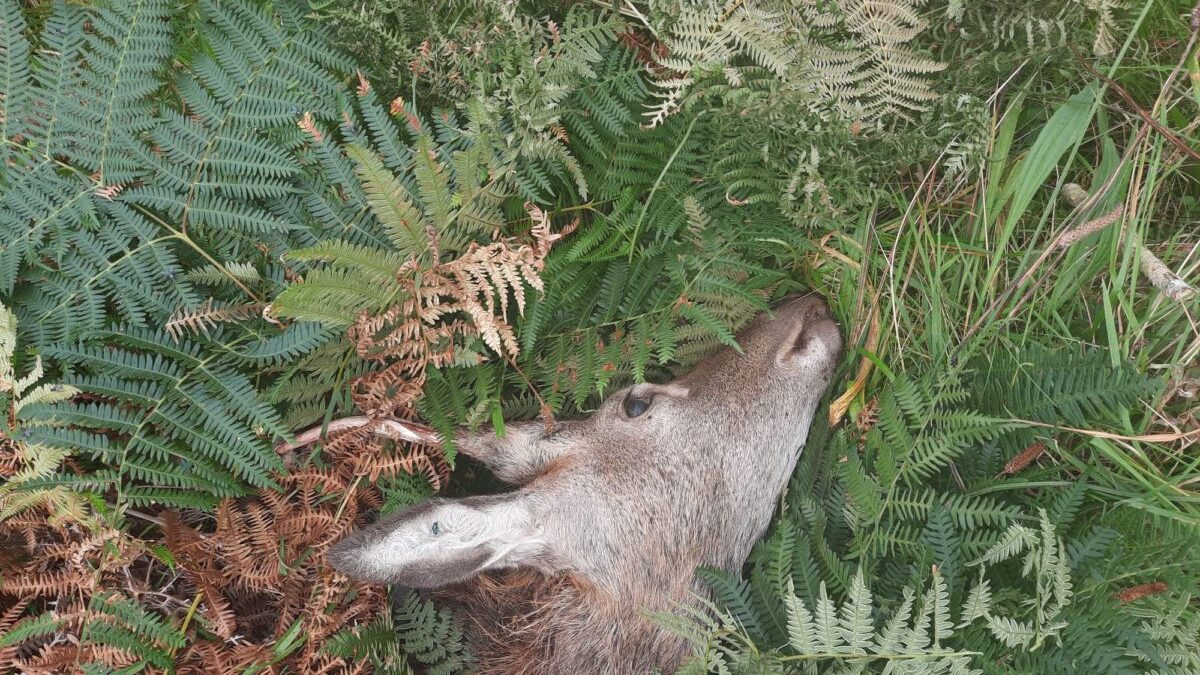 Walkers along a scenic West Donegal route have been left sickened after finding a young deer shot and cut into pieces.

The walkers found the butchered deer earlier today at a local beauty spot known as An Rampar in Crolly (Croithli).

The walkway is especially popular with children with local folklore claiming it is inhabited by fairies.

A local woman out walking found the dead deer which had been shot and then carved up for its meat and then casually discarded along a walkway.

Local county councillor Micheal Mac Giolla Easbuig has condemned those responsible for the slaughter of the young deer.

He stressed that those behind the brutal killing and dismembering of the animal ere obviously not professional hunters.

“I have spoken to local hunters and they are horrified by what was found. No professional hunter would dispose or leave any animal in this state.

“This poor creature was just shot, cut up and its remains left to be found by some unfortunate person who was out for a walk. 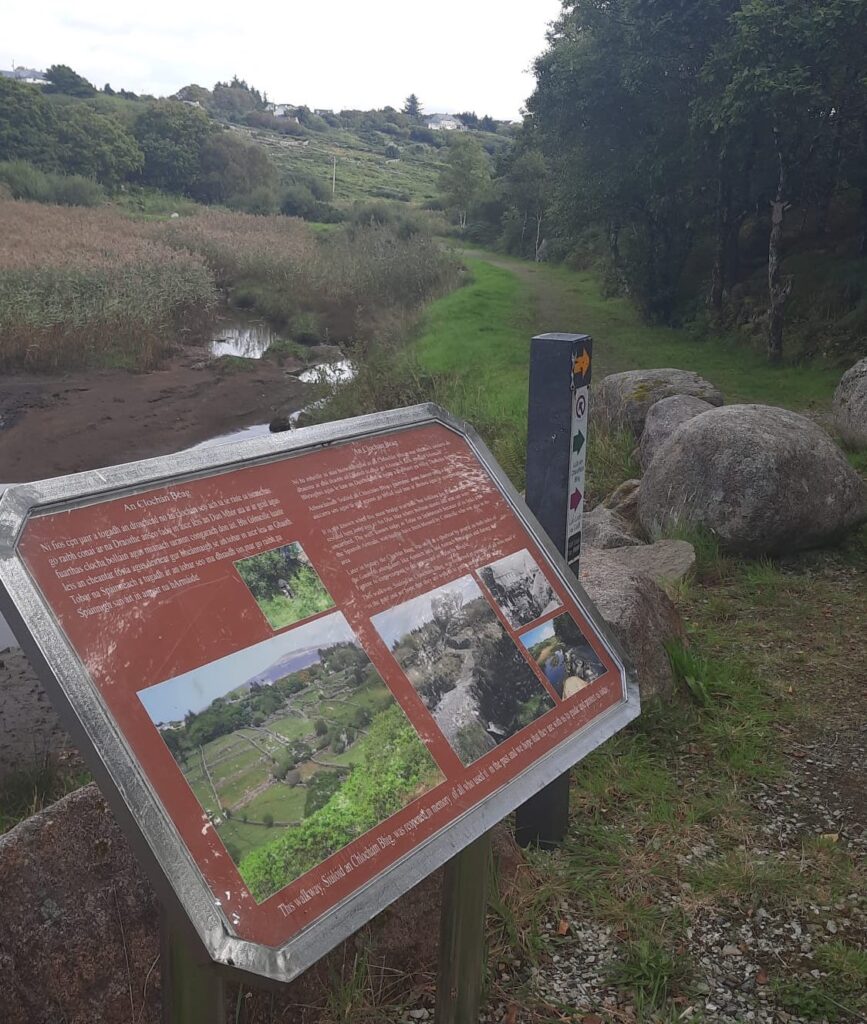 “Can you imagine coming across this site? This is a popular area for walkers especially for young children who thankfully did not come across this dead animal on this occasion,” he said.

Councillor Mac Giolla Easbuig said local opinion was that the deer was killed by outsiders in Donegal for the weekend.

“The belief locally is that this was done by people from outside the area who came here for the weekend. They are weekenders coming in and shooting, cutting and then running,” he said.

He added that this is not the first time something like this has happened. 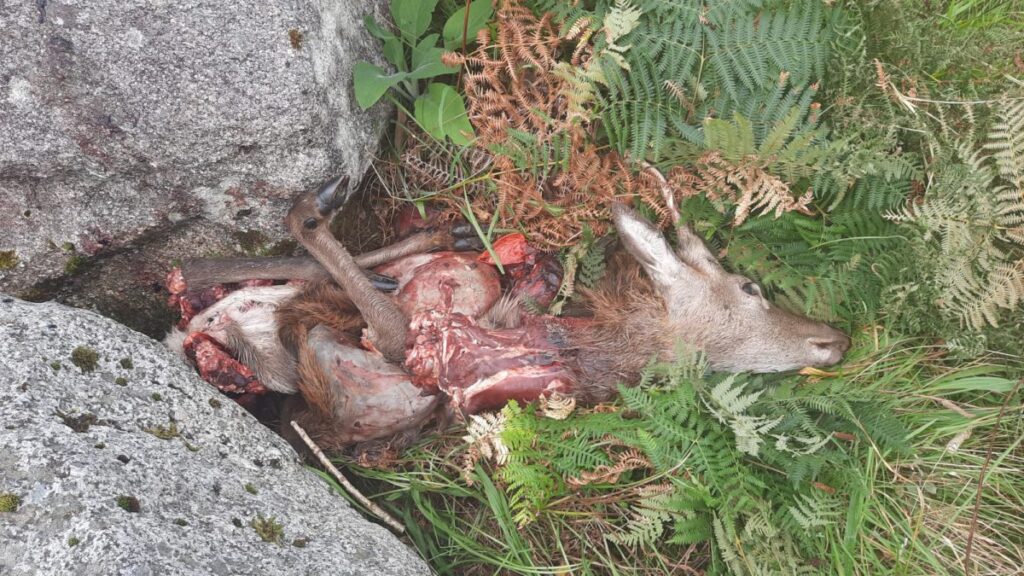 However, he did admit that there is a large amount of deer now roaming the area and perhaps this is something which should be looked into.

“I’m up early many mornings and it would not be uncommon to see deer on the roads and they can be dangerous especially during rutting season.

“I would call for Glenveagh National Park, where many of the deer are from, to make an assessment of the situation,” he said.