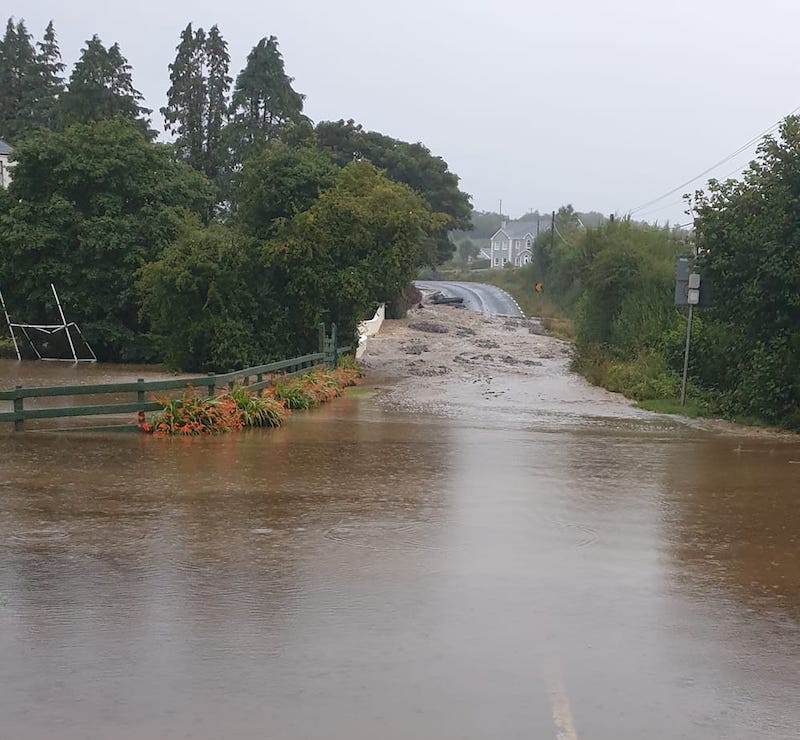 Anger over lack of funds for Glenswilly flood works

The Mayor of Letterkenny-Milford Donal ‘Mandy’ Kelly has slammed the ‘ridiculous’ lack of funding for flood prevention works in Glenswilly.

Following a destructive flash flood on the R250 earlier this month, it has emerged that it will cost €120,000 to provide a long-term solution.

The Letterkenny-Milford MD is now seeking funding for the works, but Cllr Kelly said the delay is not good enough.

“I just don’t swallow the suggestion that there is no funding,” Cllr Kelly said, suggesting that there has to be a pocket of funds somewhere to address the issue once and for all.

“Donegal County Council as a whole is going to be a laughing stock out there,” he said.

Major damage was caused to the main Letterkenny to Glenties at Glenswilly school on Saturday 3rd September when flooding ripped up the road and pipes.

Cllr Kelly said that the Glenswilly National School, which has 260 pupils, would have had to close if the incident occurred on a weekday. Local residents had to carry their grocery shopping through fields for two days as the clean-up took place, he said.

A frustrated Cllr Kelly said he was told as recently as Friday that larger stormwater pipes were ordered, but the works had to be halted because the funding could not be sought.

He added that the clean-up costs will outweigh the cost of the long-term solution if it is not put in place immediately.

Cllr Ciaran Brogan also made a call for a detailed report on the issue and called on the senior roads team in Lifford to ‘grasp the nettle’ and find a solution.

In response, David McIlwaine, Executive Engineer, said that the council has attempted to find sources of funding, but in the interim, they will carry out short-term measures to reduce the risk of the flood reoccurring.