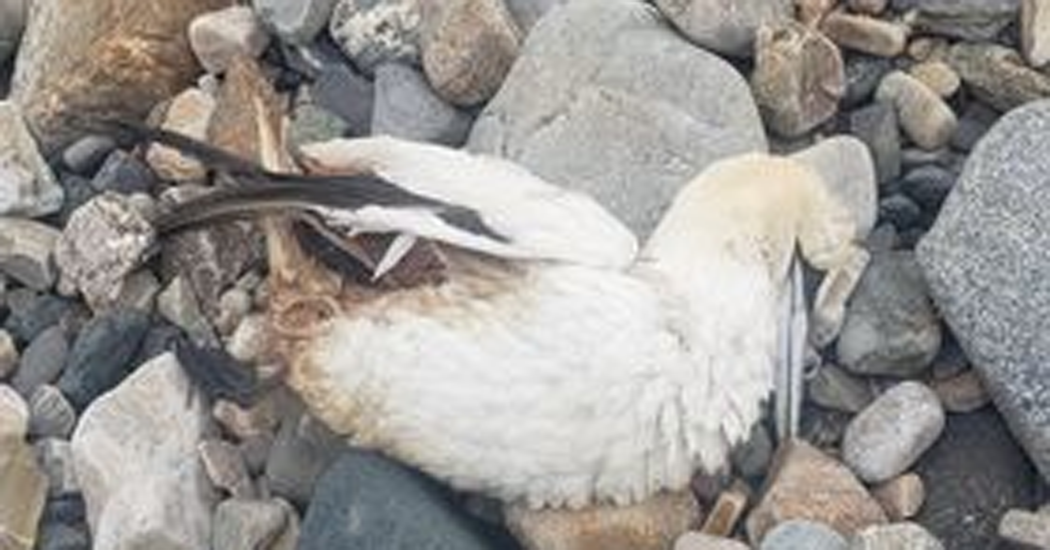 People are being urged not to touch sick or dead wild birds as the Bird Flu outbreak continues.

Another gannet carcass was discovered in Magheraroarty in north Donegal this week.

Although the cause of death is not known, the disease has been detected in northern gannets across the country in recent months.

A local man who found the dead gannet on Magheraroarty has urged people to be careful and not to let dogs approach deceased birds.

Since July of this year, over 80 wild birds were submitted to the Department’s laboratories for testing. Of these almost 60 positive highly pathogenic avian influenza (HPAI) cases were confirmed, all are subtype H5N1.

The confirmed cases in Donegal were both in Inishowen. 35 infected Northern Gannets were detected in the west of the peninsula and one Guillemot was located on the east side of Inishowen.

Bird flu poses a danger to many species of birds. It can also pose a threat to people and other animals in certain circumstances, but these types of infections are rare. Properly cooked poultry meat and eggs do not pose any food safety risk.