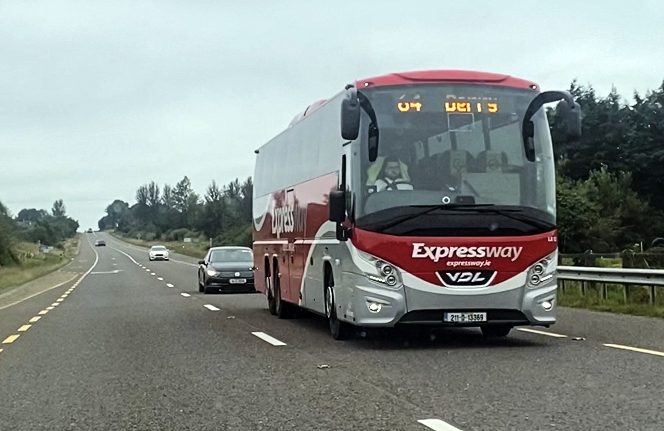 Deputy Thomas Pringle is pressing Government on the need for an integrated and responsive rural transport system for Donegal.

Addressing Minister Eamon Ryan in the Dáil, the Killybegs-based TD asked what the Government’s plans are to develop the Local Link service in Donegal.

Deputy Pringle said: “I think key to it as well is the integration with Bus Éireann and other services, because we need an integrated rural transport system.”

The deputy said: “I think Local Link in Donegal is probably one of the more highly developed services around the country but there still are gaps, and there still are gaps in terms of how it facilitates people actually living in rural Ireland and those gaps need to be addressed.

“For example, if you live in Donegal town and want to work in Killybegs you can’t rely on transport to do it because there isn’t an integrated service,” he said, adding, “You see the amount of cars that are travelling from Donegal town to Killybegs every morning. Some of those people could be accommodated on buses if the buses were responsive to the needs of people. And I think that’s what needs to be looked at to ensure that it works.”

Deputy Pringle said there also needs to be an integrated ticketing system, “so it works with Bus Éireann and Local Link and they all work together rather than what we seem to have, which is disparate systems of transport around the area”.

The deputy was speaking during questions for the Minister for Transport.

In his response, Minister Ryan said he agreed with the need for integration in ticketing and timetabling and said the Department is strongly committed to improving public transport services in rural areas. He also said the Connecting Ireland initiative is working to identify where demand is unmet and whether routes can be changed to meet it, and said there is also a need for new demand responses and transport options.

He said: “Bus service can and should respond to the needs of the people.”

Deputy Pringle said: “You have to put on the service and let it build and give it time to build, so that it can actually meet the needs of the communities, rather than waiting for the needs to be there and then providing the service. That won’t happen, it won’t work in that way. What you’ll do is just foster car dependency. That’s what we have in Donegal – you have to be car dependent because you can’t rely on anything else.”

For example, Deputy Pringle said, “If you’re relying on Bus Éireann to work in Killybegs, you have to leave Donegal town at 7.30 in the morning and you’re not back again until 7.30 at night or after that. And that’s not practical for people. So it needs to be more responsive.”