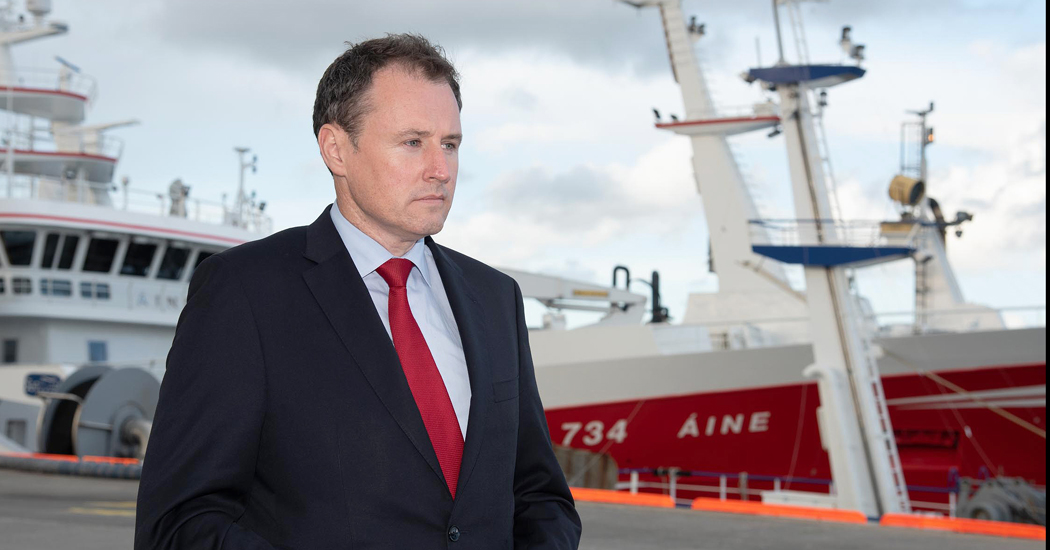 Seafood sector must be supported in Budget – McConalogue

Marine Minister Charlie McConalogue has called for the seafood sector to benefit from any business supports provided in Budget 2023.

The Minister, speaking after a meeting with seafood sector representatives today, said he is aware of the fuel and energy prices endured by the industry.

He said he would “monitor” the situation and in particular the fuel costs “which have stabilised albeit at a higher level than Quarter 1 2022 prices”.

Today’s meeting with leaders from fishing fleet, aquaculture and processing industries also included an update on the implementation of the recommendations of the Seafood Task Force.

Minister McConalogue said “I set out how each of the main support schemes recommended by the Seafood Task Force are progressing including the €24 million voluntary tie up scheme for the fishing fleet which continues to the end of November, the €60m voluntary decommissioning scheme which commenced in early September, the €45m processing capital, the €20m aquaculture growth schemes which opened at the end of August and the €25m Blue Economy Enterprise Scheme and the Fisheries Co-operative Transition Scheme. I listened to the requests from the sector to progress quickly the remaining schemes provided for in the Task Force report and I undertook to work to progress consideration of these proposals with Department of Public Expenditure and the EU State Aid approval processes.”

In terms of fuel and energy prices, industry leaders asked for additional supports across all elements of the sector.

The Minister said: “The current ongoing extensive supports under the Task Force are targeted at addressing the impacts of Brexit taking account of the current situation. I will continue to monitor and assess the situation over the coming period and keep all available options under active consideration.“

He added that there was an in-depth discussion on the upcoming negotiations with the UK on setting whitefish quotas for 2023 and negotiations with the maritime states of the UK, Norway, Faroe Islands and Iceland on the management, sharing and quota setting for the mackerel stock and arrangements for the Blue Whiting fishery in 2023.